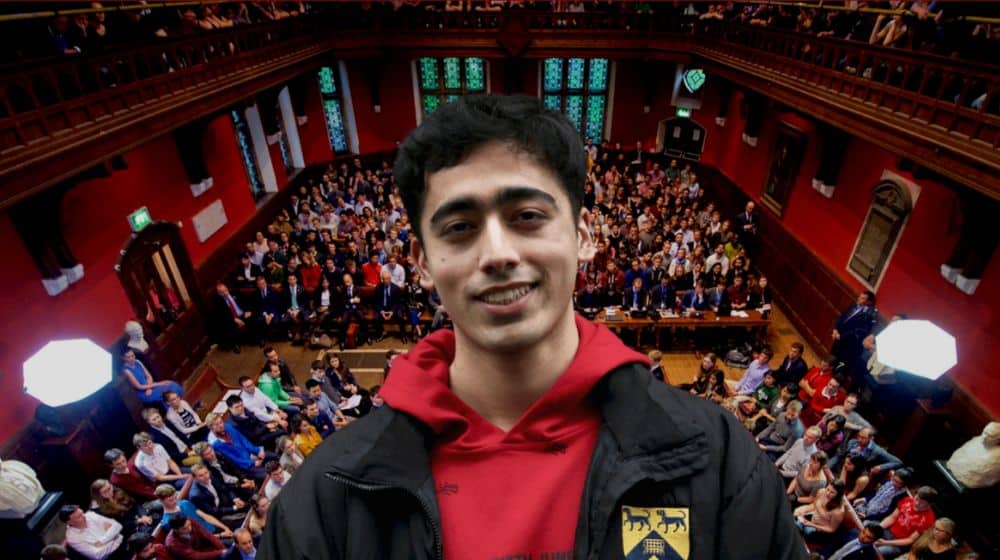 According to the details, Ahmad Nawaz, 21, became the second Pakistani to lead Oxford’s elite debate club in June. He said that he felt discriminated against as a non-British Muslim at the university.

The Access Committee of the Union ruled against excusing Nawaz for missing four of the committee’s six meetings. The committee rejected Nawaz’s request to have his absences excused as the result of “sickness.” Furthermore, a senior member of the Union named Matthew Dick claimed that Nawaz repeatedly failed to show up to some of the more laborious responsibilities like shifting benches or term cards.

Reportedly, students voted 251 to 164 in order to remove him from his position despite his illness.

In this regard, he said that recent events have left him in a state that he has not felt in a while and added that he had grappled with persistent racism in society.

However, other students informed Cherwell, a British newspaper, that Nawaz was arrogant and did not work enough.

Meanwhile, Israr Khan, Nawaz’s Chief of Staff, called the vote a ‘political effort’ to sideline the president and said he should not lose to filthy politics.

It is pertinent to mention that Nawaz lost the secret ballot, 251-164, which was conducted before Thursday’s debate.

Nawaz, a Philosophy and Theology student at Lady Margaret Hall, survived the APS attack in 2014 when he was only 14. However, his younger brother, Haris, was one of the 132 children who embraced martyrdom in the massacre.