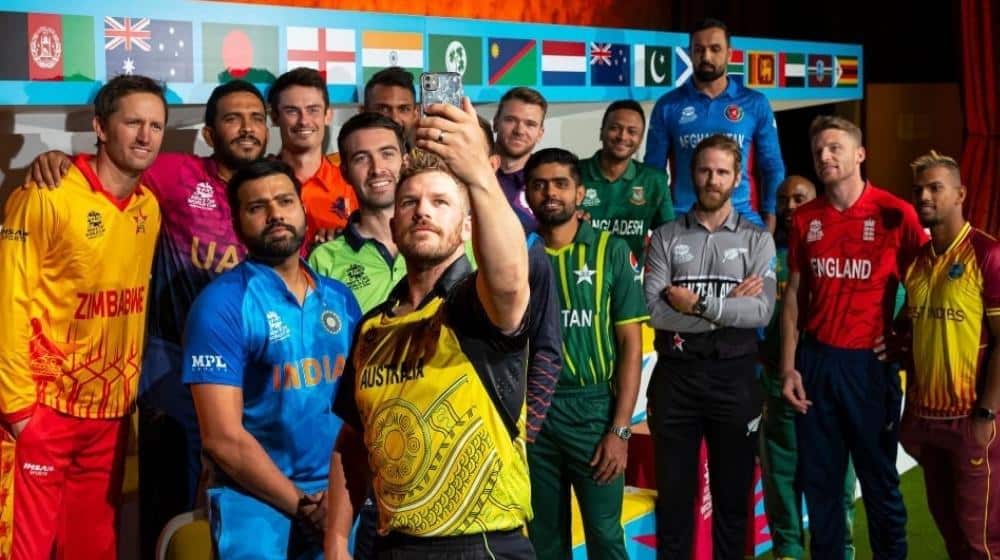 With more teams and a new format, the 2024 edition of the ICC Men’s T20 World Cup is certain to throw up fresh match-ups and historic moments.

Qualifying as hosts alongside the West Indies, the tournament will be ground-breaking for the USA, hosting their first global event.

The 20-team tournament proper in 2024 will work in two phases before the knockouts, though in a different framework from the First Round/Super 12 format at the 2021 and 2022 editions.

The top two teams in each of the four groups of five will move to a Super Eight phase, where the remaining sides will be split into two groups of four. The top two in each group will then make their way to the semi-finals.

Before all of that though, the 20 teams need to be determined.

As hosts, the West Indies and the USA take up the first two spots for 2024. From there, performances at the 2022 edition, and the ICC T20I rankings cut-off on November 14, determined the next 10 teams.

The top eight teams in Australia (top four in each Super 12 group) gained spots for the 2024 tournament, with Afghanistan and Bangladesh, the next best teams on the ICC Men’s T20I Team Rankings, also securing their spot.

The final eight spots for the 2024 tournament will be decided in regional play.

Moving away from the Global Qualifier framework, the 2024 tournament will see an added emphasis through the regional action that will determine the final spots.

Africa, Asia, and Europe will have two qualification spots, with one spot for both the Americas and East-Asia Pacific regions.

While South Africa claimed 2024 qualification by virtue of their top eight finish, Zimbabwe were unable to capitalize on their strong start to the campaign, finishing last in the Super 12 group to be sent back to regional qualification. Joining them is Namibia who failed to advance past the First Round of the tournament, though the pair look short-priced favorites to return in 2024 by claiming the two spots from the Africa Qualifier in 2023.

In saying that, recent history would suggest the task for the sides will be no cakewalk, in a region with a broad threat of regional talent.

Uganda, who upset Namibia in a recent T20I series, could make the biggest claim to topple the big boys, but even the men known as the Cricket Cranes were tested in recent African qualifying for 2022, also losing a one-run thriller to Kenya.

U19 success across the region suggests parity will show on the senior front. A bulk of Nigeria’s U19 World Cup contingent of 2020 will likely make up their squad, while Tanzania have form in causing upsets, most notably against Namibia in qualification for the 2022 U19 World Cup.

Disappointed in their efforts at the A Qualifier for the 2022 tournament, Canada are early favourites in claiming the Americas’ spot, which is ultimately theirs to lose given USA’s automatic qualification.

The USA were the only team to overcome Canada, albeit in a Super Over, with Bermuda, fellow competitors at the 2019 Global Qualifier, the most likely challenge for the spot.

The Asia region is arguably the toughest to predict for 2024, with several teams in the running and no certainties for the two spots.

UAE just edge Nepal and Oman on paper, and the likes of Singapore, Hong Kong, Bahrain, Qatar and Malaysia are all capable of upsetting the bigger teams.

UAE had the opportunity to claim automatic qualification through the 2022 event, though failed to progress to the Super 12 stage in the hopes of finishing in the top four of one of the groups.

One of the stories of the 2021 T20 World Cup, Papua New Guinea have a theoretically easier run in the cycle for 2024, with an automatic spot for the top East Asia-Pacific team.

The winners of the Sub-Regional A Qualifier earlier in the year, Vanuatu would likely pose the biggest threat to the Barramundis, while the Philippines, buoyed by their appearance at the Global Qualifier A for the 2022 tournament, are sure to make their presence felt.

Japan, the winner of Sub-Regional Qualifier B and boasting an Under-19 World Cup appearance in 2020, will also feature at next year’s regional qualifier.

The butterfly effect of Netherlands’ shock win over South Africa during the 2022 T20 World Cup is a positive one for the European region.

Finishing in the top eight in Australia, Scott Edwards’ side has already booked 2024, which means qualification for the rest of the teams on the continent is easier.

Well, easier in theory at least: emerging teams will likely challenge the well-established sides in what is a booming cricket region. Jersey and an improving Germany are the biggest threats to overthrow the likes of Scotland and Ireland, though cases can be made for the three Sub-Regional group winners: Italy, Austria, and Denmark.

The Austrians beat Guernsey and Norway to stun their Sub-Regional group in late July, and both Italy and Denmark boasting fine individual talent.