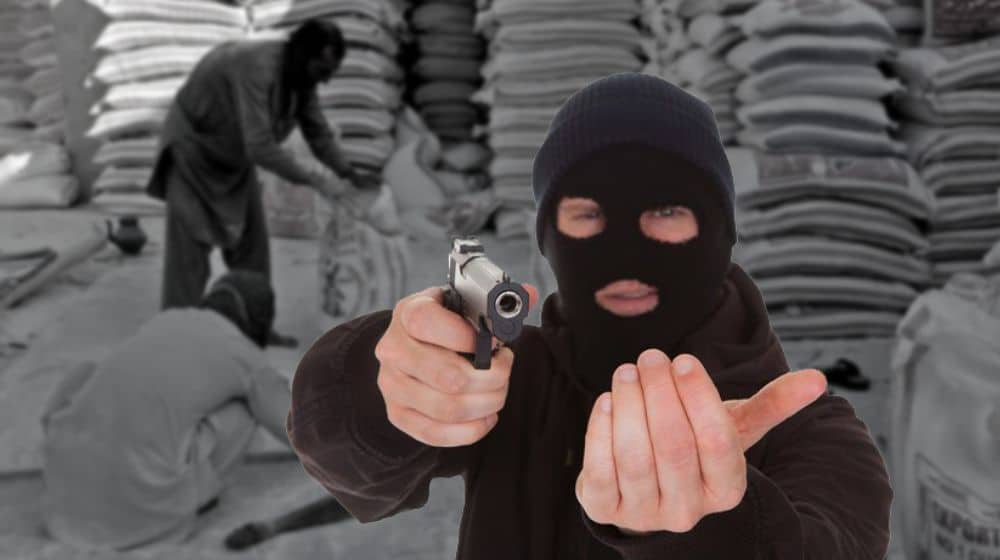 Around 12 armed dacoits have stolen hundreds of thousands of rupees from a flour mill in the Manga Mandi, an industrial area near Lahore.

The police said that the robbers entered the mill via a roof of a poultry farm nearby. They, subsequently, kept flour mill employees in captivity before fleeing with the looted money.

Furthermore, the police stated that an inquiry has been launched and revealed that the flour mill does not have any CCTV cameras.

Reportedly, AVLS has recovered around 125 motorbikes, 13 rickshaws, and cars worth Rs. 10 million from the possession of the suspects, M. Maroof, Abdul Rahim, and Asad.

As per the details, the suspects targeted vehicles parked outside parking plazas and in residential neighborhoods. Meanwhile, Samanabad Investigations Police arrested two dacoits, Asadullah and Fazal. It also confiscated weapons and stolen items that were found in their possession. Both the culprits confessed to being involved in 25 robberies.