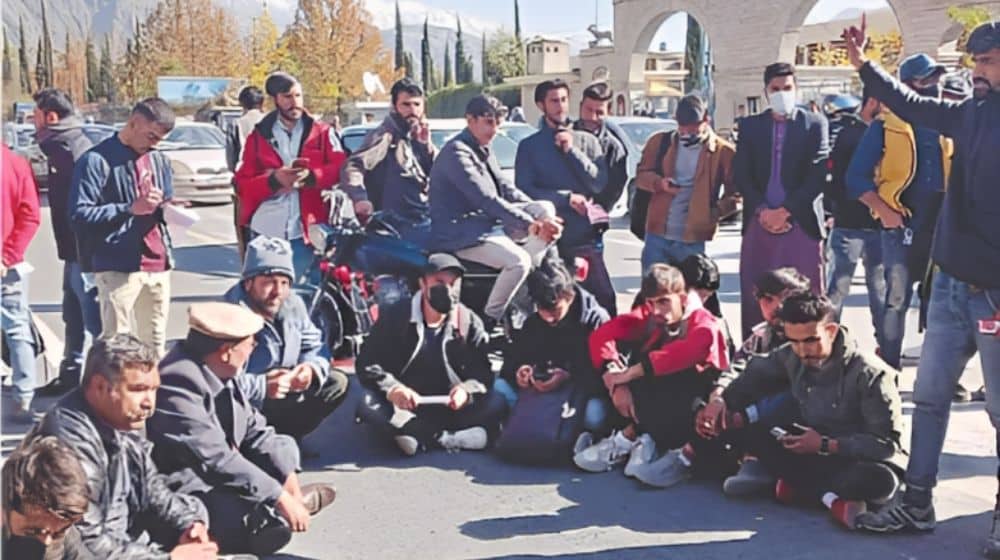 Students gathered outside the university’s Gilgit campus and obstructed the University Road for a couple of hours. They alleged that the administration increased the tuition fee each semester with no justification.

They said that students from all parts of GB are studying at the institute because KIU is the only government institution in the region.

According to the demonstrators, the institution would not permit students to sit in lecture halls unless they paid their tuition fee.

They further claimed that the university administration did not award scholarships to qualified students, instead, government scholarships are only offered to the ‘blue-eyed’ students.

They went on to say that underprivileged and worthy candidates are denied opportunities that they deserve more than other students.

Protesters chanted anti-management and anti-vice chancellor (VC) slogans and called for the federal government to take notice of the issue.

In related events, the Board of Intermediate Education Karachi (BIEK) left the public, particularly students, perplexed last week when it declared its own news about the result announcement to be false. The board’s own Twitter account announced a date for the Intermediate result which was subsequently debunked by the board itself, causing confusion and frustration among the students and parents.