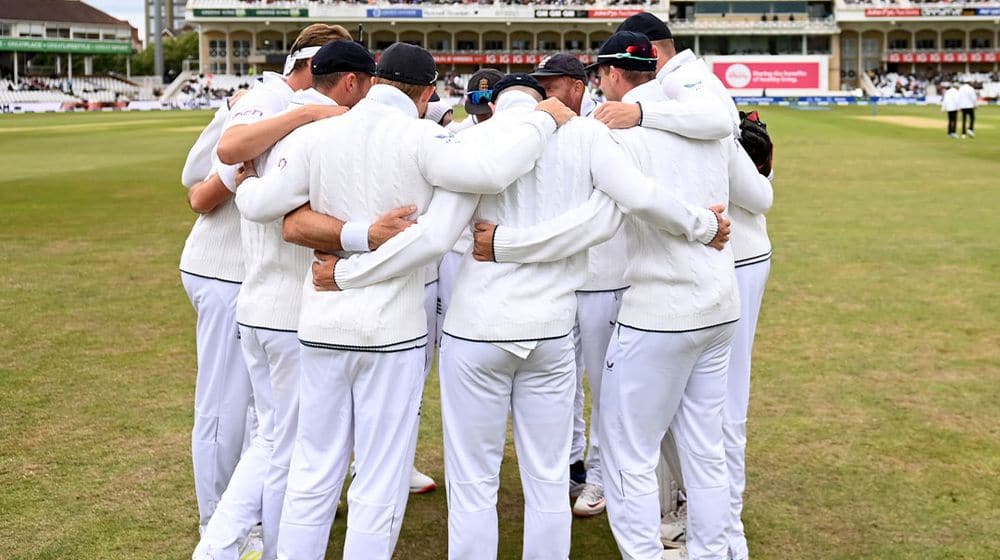 England and Wales Cricket Board has announced the 16-member Test squad for the upcoming tour to Pakistan.

After winning the T20I series against the Green Shirts before the T20 World Cup 2022, England will return to Pakistan for a Test series in December.

The squad includes a new addition in the face of an 18-year-old leg-spinner, Rehan Ahmad. The young bowler has been added to the team because of the spin-friendly conditions on offer in Pakistan.

Moreover, English all-rounder, Ben Stokes will lead the squad while the star cricketers, Joe Root and James Anderson, will also be a part of the squad. Harry Brook, Mark Wood, and Liam Livingstone have also been named for the tour to Pakistan.

The English team is set to land in Islamabad on 26 November while the first match will begin at Rawalpindi Cricket Stadium on 1st December 2022.

Here’s England’s Test squad for the tour to Pakistan: