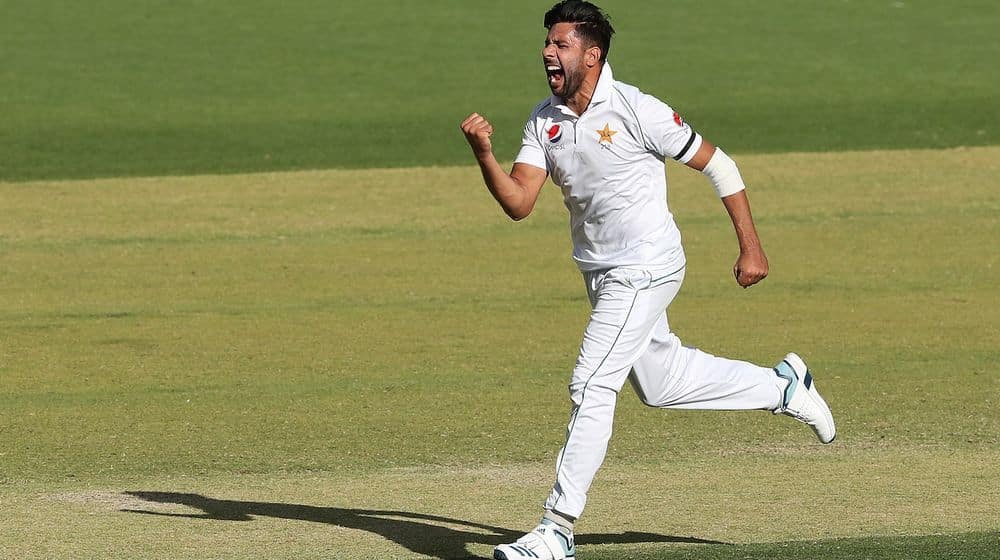 Imran Khan Sr. has been long absent from the international arena since he last played a Test match in 2019. However, the experienced pacer has been in the business as he was the highest wicket-taker for Khyber Pakhtunkhwa in National T20 Cup in 2021-22.

Talking about his journey of hailing from a village in Northern Pakistan to becoming a Test cricketer and representing his country at the international level, Imran Khan Sr. said, “I started playing cricket in Peshawar and made my mark with 50+ wickets for about two to three years before getting selected for the Test team. It was a very proud moment that a guy from Lower Dir would represent Pakistan in Tests.”

Revealing the reason behind the unreal talent of pace bowling in the region, Imran Khan said, “There is a tough competition between pacers in the KP region because the mountainy area helps develop the strength in our bodies, and that aids in bowling faster. Shaheen Shah Afridi, Mohammad Wasim, and Naseem Shah, who come from small villages, are all from KP because the mountains are rich in talent when it comes to fast bowling.”

Sharing his experience of representing Pakistan in Test cricket where he bagged 30 wickets in 10 matches, Imran Khan Sr. told ProPakistani, “I haven’t played many matches in Pakistan’s conditions. I played in UAE because it was our home ground then and also in Sri Lanka and Bangladesh. But as a professional, you have to perform to your best ability for Pakistan, no matter where you play.”

“In my games, you might have seen, my performance was beneficial for Pakistan and the team won. Happiness is when your performance helps your team win,” he added shedding light on his career.

He also expressed delight at the fact that Pakistan won most of the matches in which he played and contributed to the success of his team and was called the ‘lucky charm’. Imran Khan said, “My performance as a fast bowler was decent. I was doing reverse swing in Dubai as well as utilizing the new ball. But the best part was that the team won. They also used to call me the lucky charm because we won all [most of] the matches I played. I feel proud that Pakistan was ranked at the top in Test when I was a part of the team.”

He also praised the backing he received from captain Misbah-ul-Haq and coach Waqar Younis, terming it as a crucial factor to boost a player’s confidence.

Talking about the inspiration and experience he gained from Umar Gul as a pacer since the two fast bowlers have similar action, Imran Khan said, “I used to watch all his World Cup matches and when he came back, he brought a pair of shoes for me. I started practicing with Umar [bhai] in the nets. I had a different action but following his run-up and his technique, I gradually developed a similar action.” He also said that Umar Gul is his favorite and that he has learned a lot from him.

Giving his tips to the young bowlers, Imran Khan advised them to work ‘smartly’. Explaining his point, the pacer said that throwing ball after ball in practice sessions would not be of much use until the technique is not improved. He told the young pacers to detect their weaknesses and work on them. In his message to his fans, Imran Khan Sr. told them to never give up because opportunities depend on luck but hard work is an absolute must.

Imran Khan himself is also hopeful of making a comeback for Pakistan. He stated that he is keeping himself fit and consistently performing in the domestic tournaments which is all he can do to keep the hope alive.