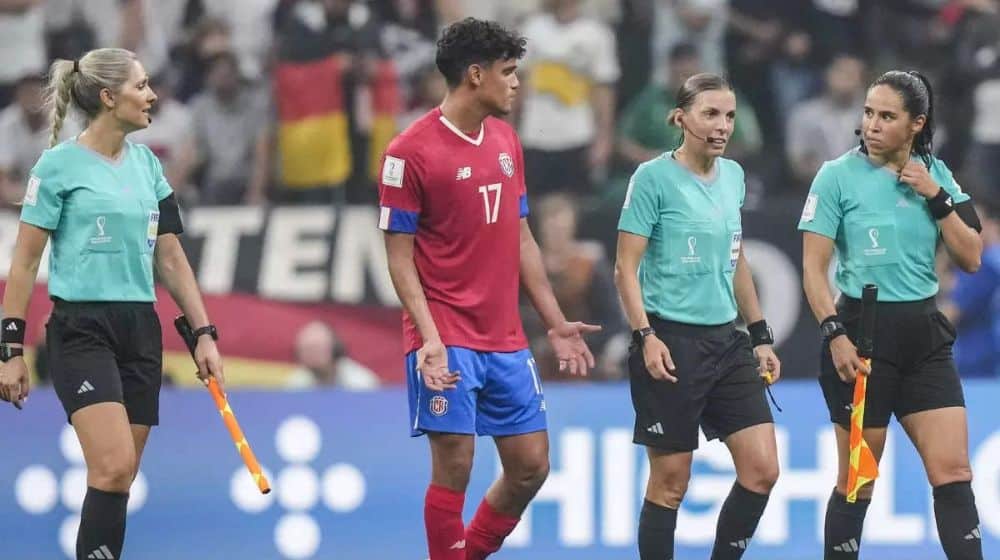 The match went without any hiccups as Germany defeated Costa Rica by 4-2. Despite Germany’s best efforts, they were unable to qualify for the Round of 16 as they were eliminated due to an inferior goal difference compared to Spain. This is the second consecutive time that Germany has failed to qualify for the second round of the FIFA World Cup.

As for Stephanie Rappart, she had already created history as she became the first female referee to officiate a men’s football World Cup match as she took the field in Mexico’s clash against Poland last week.

Frappart became a FIFA-accredited referee in 2009 and has since witnessed a steep rise in the football world. She became the first female referee to officiate in a UEFA Champions League in 2020 and has not looked back since then.

The French referee had also taken the field during the UEFA Super Cup match between Liverpool and Chelsea earlier in the year, becoming the first female referee to officiate in a men’s European club competition final.