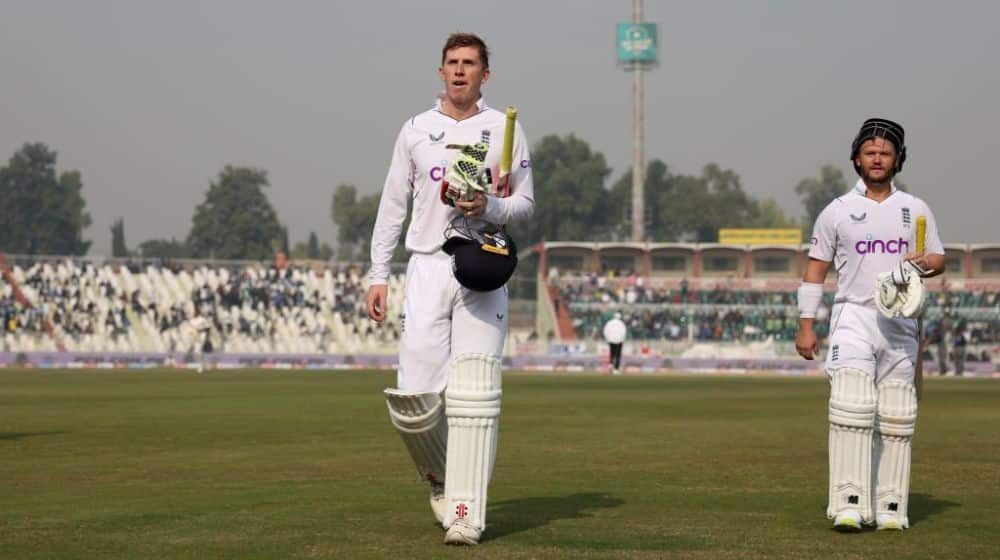 England took the charge to Pakistani bowlers on the first day of the first Test match between the two sides. Zak Crawley and Ben Duckett created history as they registered England’s highest total in the opening session of the Test match.

The openers scored 174/0 prior to Lunch on the first day as they took the new-look Pakistani bowling attack to the cleaners. Crawley had scored 91 while Duckett had scored 77 during the first session of the first day’s play.

The opening duo just fell five runs short of creating the record of scoring the most runs in the first session, which is still held by South Africa who had scored 179 against Australia in 1902.

The carnage did not stop after lunch as the openers continued their charge. Both the openers scored quickfire centuries with Crawley scoring 122 off 111 balls and Duckett scoring 107 off 110 balls as the Pakistani bowlers looked clueless on a lifeless pitch.

Leg-spinner, Zahid Mehmood provided the breakthrough as he picked up the wicket of Zak Crawley but despite his best efforts England team has continued to smash boundaries regularly and is in total command of the match.