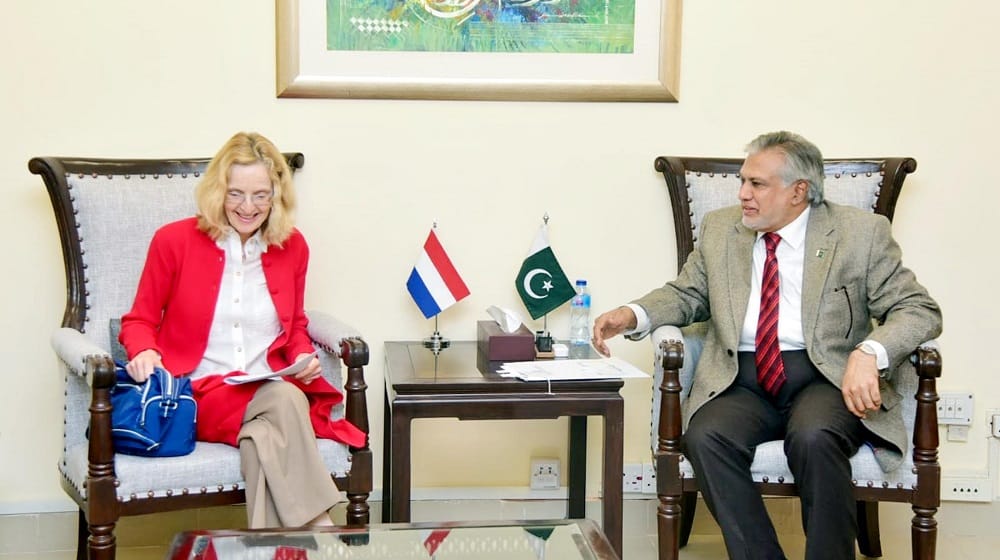 Ambassador of the Netherlands to Pakistan Henny Fokel de Vries has said that the Netherlands aims to enhance bilateral ties with Pakistan on various economic fronts as Pakistan being 5th the largest country by population offers a great destination for investment.

The Dutch envoy called on Federal Minister for Finance and Revenue Senator Ishaq Dar on Wednesday.

The minister welcomed the ambassador and highlighted the bilateral, economic, and historical relations between the two countries. He shared that the two have always enjoyed outstanding bilateral relations based on mutual respect, trust, and common interests.

Dar apprised the ambassador of the ongoing post-flood reconstruction and rehabilitation projects being undertaken by the government. It was shared that the government is highly concerned about the uplift of the masses and especially through financial inclusion.

The ambassador shared sympathetic sentiments on the huge level of economic losses faced by Pakistan due to floods and monsoon rains.

Dar commended the investment proposals of the Netherlands and shared that provision of a business-friendly environment is the priority of the government. He further highlighted the multiple lucrative economic avenues present in Pakistan in which both countries can further deepen their economic relations.

SAPM on Finance Tariq Bajwa and other senior officers from Finance Division participated in the meeting.