The Pakistani Rupee (PKR) fell further against the US Dollar (USD) and posted losses during intraday trade today. 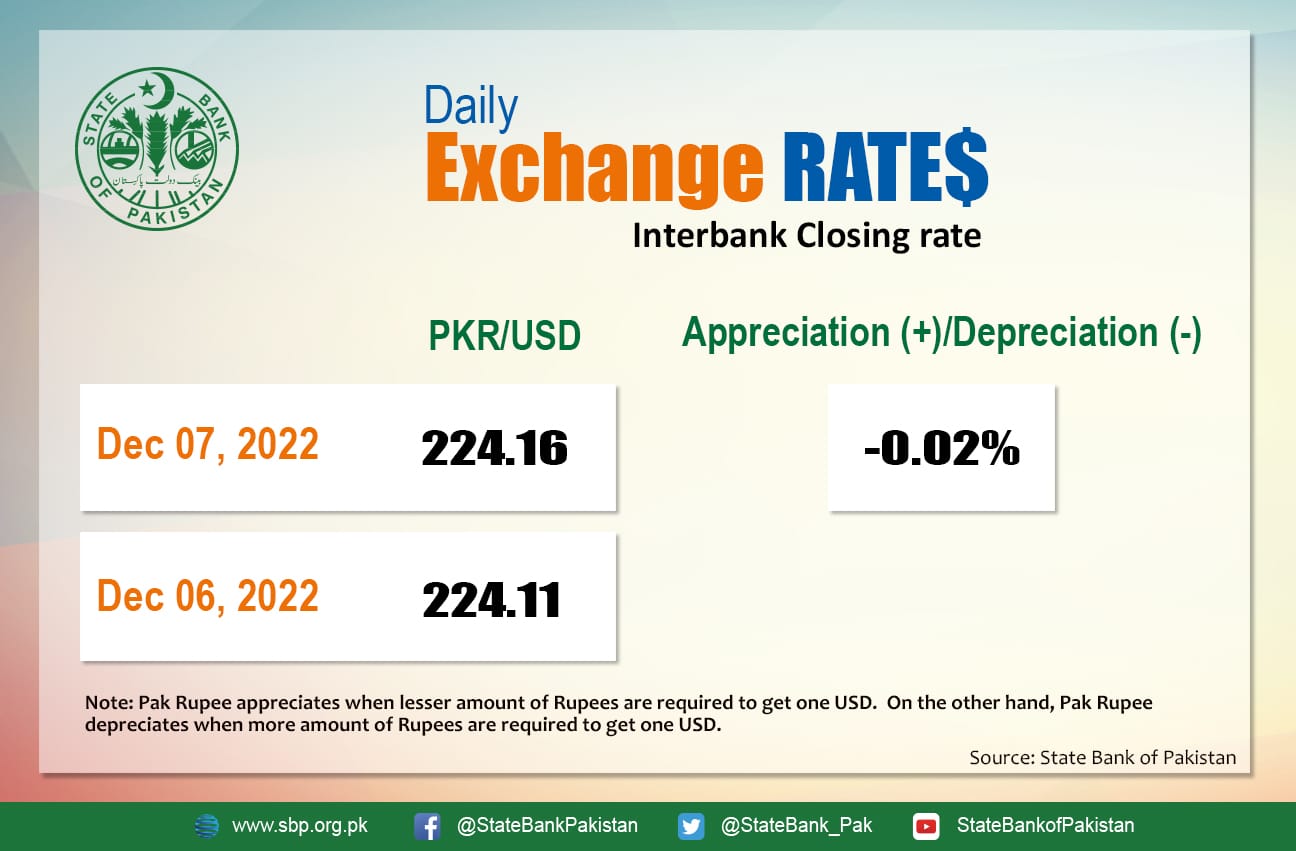 The rupee reported losses against the US Dollar third day in a row today after Pakistan’s business confidence index dropped into the red zone with services and retail sectors suffering the brunt of it. Pakistan’s overall Business Confidence Score now stands at negative 4 percent showing a decrease of 21 percent from the previous positive 17 percent in the Wave 21 Survey conducted from March to April 2022.

Money changers view today’s decline as the market’s reaction to the government’s confused stance on the economy. The central bank’s embargo on letters of credit, coupled with the Finance Division’s refreshed no-default stance weighed heavily on the local unit.

Also, with domestic debt already hitting historic levels of above Rs. 50 trillion as of October 2022, the government plans on raising further debt of over Rs. 5 trillion between December 2022 and February 2023. An expert told ProPakistani that incurring more debt is a pre-requisite for further liquidity issues and January would prove to be pivotal for currency holders who’re expecting further SBP restrictions on financing, which might propel USD higher against the PKR.

Globally, oil fell close to its year low on Wednesday, weighed down by concerns about the economy and easing fears that a Western cap on Russian oil prices would dramatically reduce supply. Warnings from major US banks about a sharp slowdown next year weighed on the dollar. Interestingly, a stronger dollar raises the price of oil for holders of other currencies and dampens returns on investments.

Brent fell below $80 for the second time in 2022 on Tuesday, reversing the year’s gains that had lifted prices close to an all-time high of $147 in March after Russia invaded Ukraine.

The PKR was bearish against some of the other major currencies in the interbank market today. It held out against the Saudi Riyal (SAR) and lost one paisa against the UAE Dirham (AED). 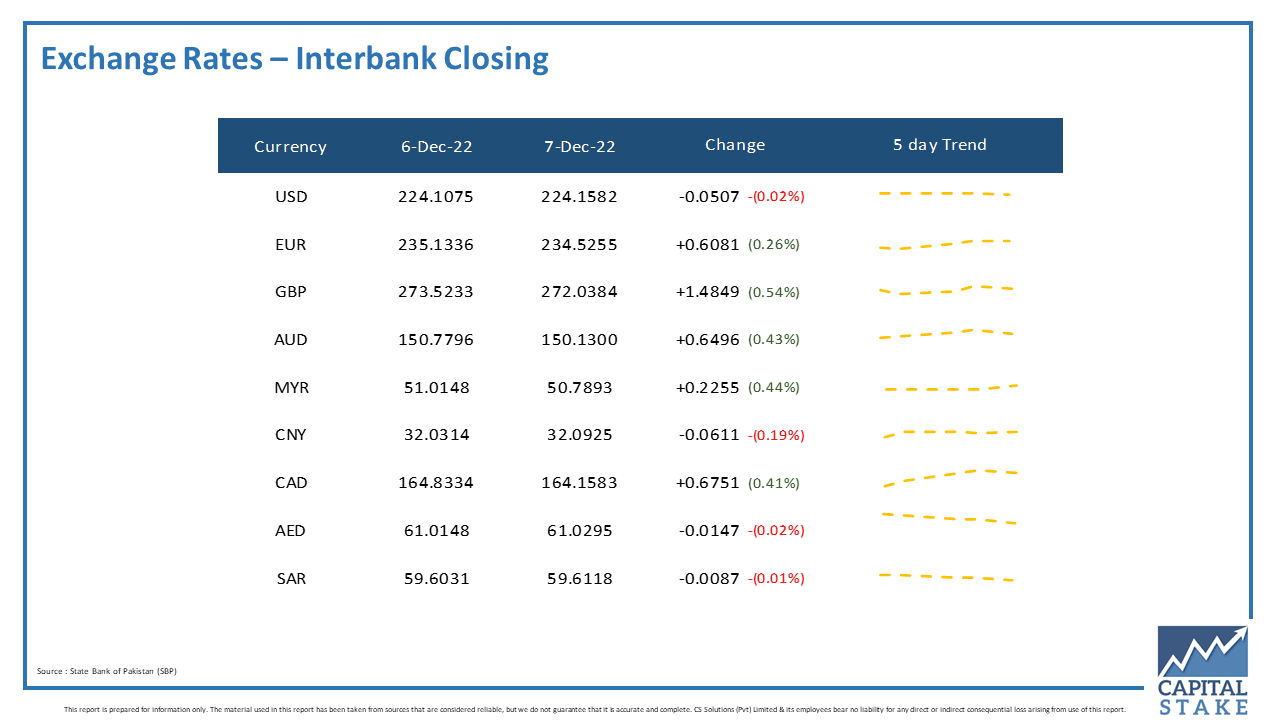