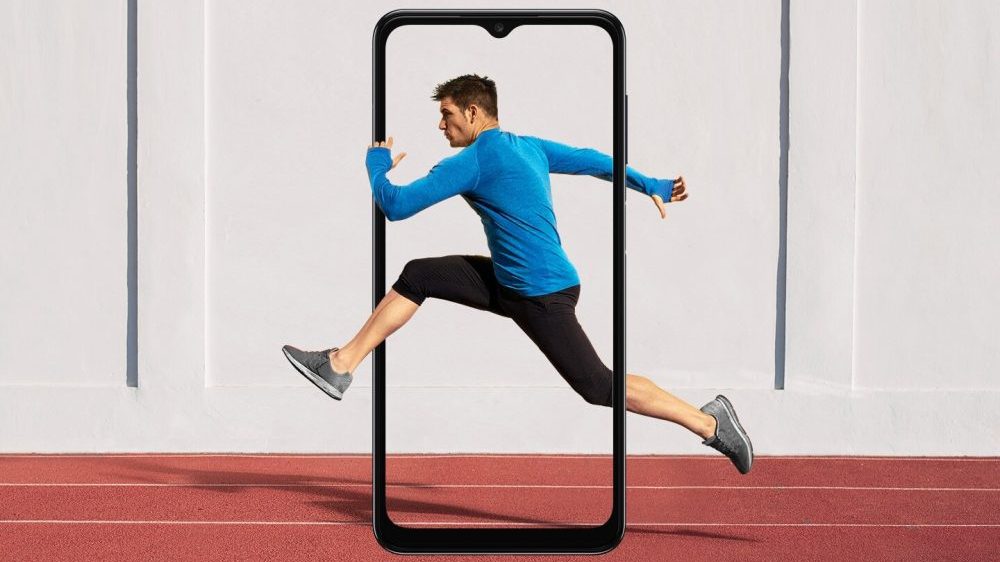 Samsung is all set to launch its latest affordable phone dubbed the Galaxy M04. It will debut in India before rolling out to the rest of the world. The best part is that it will cost as low as Rs. 9,000 in India, meaning it could be below Rs. 30,000 in Pakistan.

Samsung has just confirmed through Amazon India that the Galaxy M04 is set to launch on December 9. The ad also confirms a few key specifications for the phone. The phone will be available in two color options called Sea Green and Shadow Blue with up to 8 GB of virtually expandable RAM and 128 GB storage. It is quite unlikely, but still possible that Pakistan will get different memory options.

There will be a dual camera setup on the back and it is rumored to include a 13MP main sensor alongside a 2MP depth camera. Its 5MP front camera will be located inside a waterdrop notch and there will be a thick bezel at the bottom of the screen.

Its main chipset is expected to be a MediaTek Helio P35 SoC, like most other budget Galaxy phones these days. Its battery should be a 5,000 mAh unit, but there will be no fast charging support. For software, you will get Android 12 Go Edition out of the box.

Note that some of these specifications are only based on leaks, but new information appearing close to the launch date is almost always accurate. In any case, we will find out if these claims are true or not on December 9.