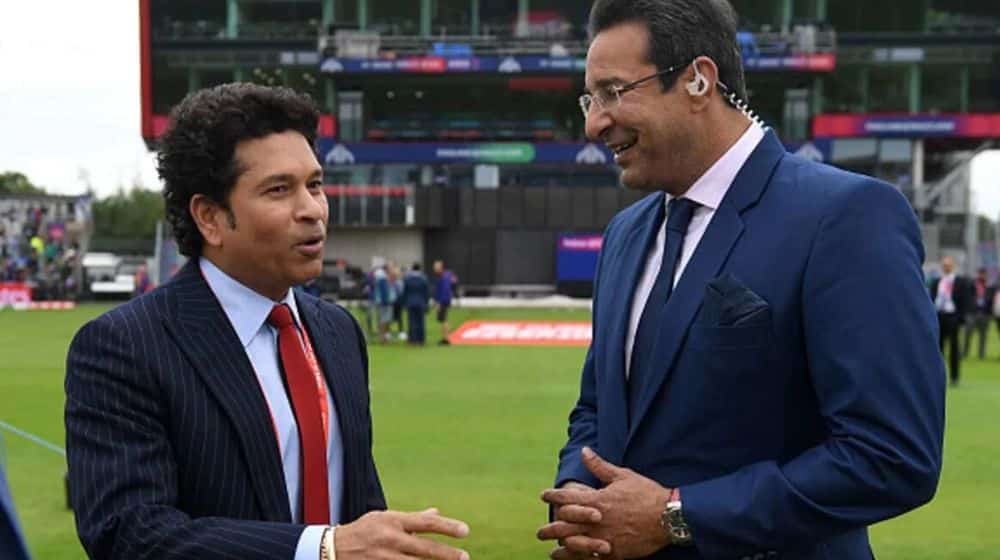 Talking about Akram’s skills with the ball, the Little Master wrote that the left-arm pacer was a master at making the ball talk during his playing days.

Sachin wrote that in cricket, everything comes down to the rivalry between batter and bowler, and every batter has found him to be a fantastic rival.

“When you play against someone of that caliber, it lifts your game as well, and the experience stays with you forever,” Tendulkar wrote.

The legendary batter also mentioned Akram’s unusual bowling style, noting that he did not measure his steps like other bowlers because his run-up was natural.

“Akram could just start from anywhere and still be as effective. He ran through the crease so quickly you hardly had time to set yourself up,” he noted.

Tendulkar further wrote that he remembers every game he played against Wasim Akram and that they always meet each other warmly.

It is pertinent to mention here that cricket fans are also looking forward to the release of Sultan: A Memoir, which will be released this year.

Some of the shocking news from the book regarding former cricketers was reported last year, which grabbed attention on social media.