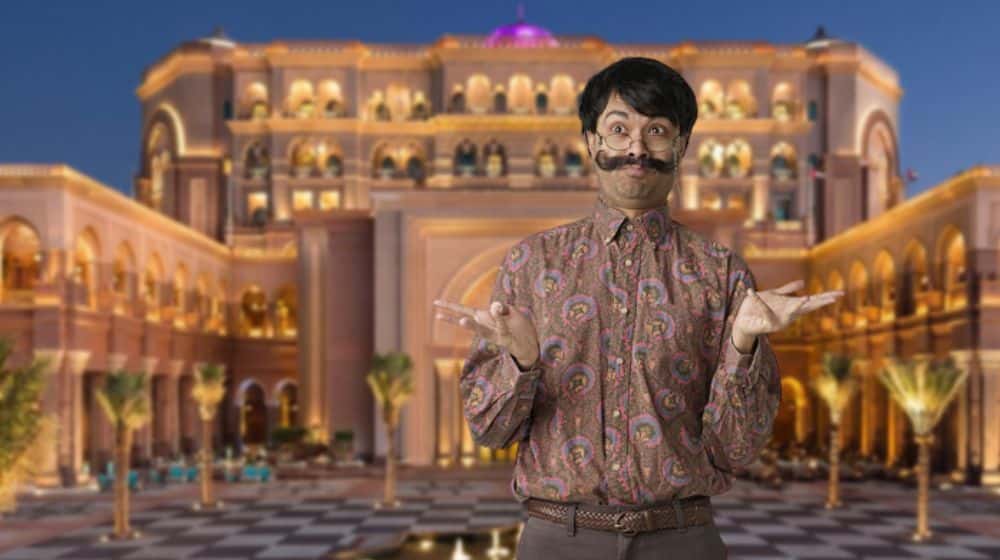 An Indian man reportedly stayed for over 4 months at a famous hotel in Delhi called Leela Palace Hotel by pretending to be a staff member of the UAE’s royal family of Abu Dhabi.

In addition, Sharif also stole the hotel room’s silverware and other items. Hence, Indian police has charged him with impersonation as well as theft.

During his stay, Sharif told hotel management that he worked for Abu Dhabi’s royal family and had come to India for official work. He also showed a fake business card, UAE resident card, and other documents, to the hotel staff. His fake documents are now in the custody of the Indian police.

The imposter had also told the hotel employees that he worked directly under Sheikh Falah Bin Zayed Al Nahyan, a member of Abu Dhabi’s royal family.

The Indian police further revealed that the total bill, for the room and other things, was around Rs. 9.8 million (INR 3.5 million) and he had paid Rs. 3.2 million (INR 1.15) million in advance for his long stay but he didn’t pay the remaining amount.

Meanwhile, Indian police is carrying out an investigation to find out where he lived before staying at the hotel. They are also probing into CCTV footage and have assured the hotel management that he will be arrested soon.