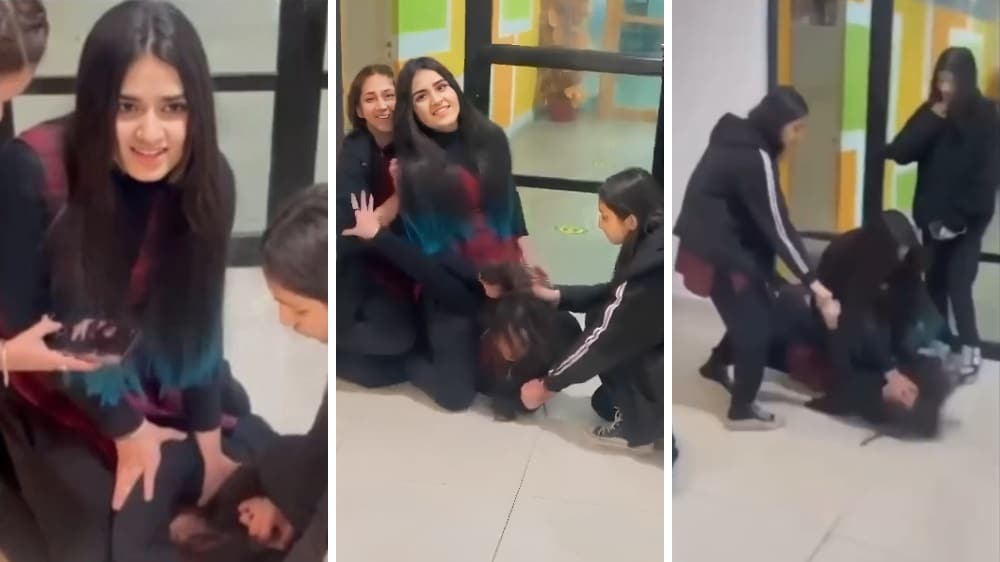 Like many other parents this morning, I dropped my children off at school with one thought in my head: how safe are they in school?

Images of the savage beating of a student at Scarsdale International School in Lahore’s elite Defence Housing Society were fresh in my mind as I hugged my children a little tighter and a little longer than usual.

After the horrific Army Public School tragedy in 2014 Pakistani parents had to reluctantly reconcile themselves to the dangers inherent when monsters live among us. But these monsters were, at least, recognizable by the brazen tenor of their inhumanity.

So when we saw the video coming out of Scarsdale International School, we were confronted with a new version of what monsters look like – shockingly, they can look like our children, their playmates and friends, and not just angry, Kalashnikov-toting violent extremists. The images should scar us and make us realize, if nothing else, that we, as a society, have a collective responsibility for what happened to the tortured girl in the video.

The shocking nature of the incident, with the victim’s physical suffering and humiliation exacerbated by the filming of her ordeal, warrants the deepest introspection. Most would agree that the prima facie evidence warrants a full-scale investigation and punishment of the culprits – including those behind the camera whose actions seemed to egg on the main actors.

However, there are other culprits, at least as guilty as those captured on video, not least the school itself. Where were teachers or other personnel while this was happening? How were no adults alerted to what was happening in the school corridors? Were there no security and protection mechanisms for vulnerable pupils? And, most damningly, how did a school whose exorbitant fees imply a promise not just of academic excellence but a promise to turn out decent, compassionate members of society, so comprehensively fail this individual.

As a parent, I know that when I have raised concerns at my children’s (former) elite private school about alleged bullying by other children or the school’s utter disregard for their general safety while on school premises, my concerns have been brushed aside – nothing should be allowed to jeopardize the school’s ability to attract elite fee-paying customers, right? – to the extent that I have been forced to remove my children from such a harmful environment. But how many are able to do this, and at what cost to a child’s development?

The barbarity of the girls captured in the video was shocking. If you’ve read Lord of the Flies, William Golding’s masterful treatise on how ‘civilized’ individuals, absent rules, can devolve to a primal, barbaric level, you will no doubt arrive at the conclusion that given the right set of circumstances, evil, not good, is the default human instinct – anywhere in the world, not just in Pakistan.

But, surely, that is the problem. Can we not be better than that? As a society do we not have a responsibility to ensure our children grow up to become good humans, empathetic towards others, particularly those who are weaker than themselves?

The social power relations depicted in Lord of the Flies could be a blueprint for Pakistani society at large: the strong using their influence over weaker members of society to consolidate their power is all too often the motif threaded through the lives of many Pakistanis. In a country where ‘who you know’ matters, the people of Pakistan will turn a blind eye to the multifarious failings, excesses, and cruelties of their putative benefactors in order to retain their favor and support.

This is something our children come to imbibe from an early age and, as children will, they emulate their elders and create their own microcosmic version of the nation in which they have grown up within their own social settings – at school, in the playground, and even at home with siblings. Is this the much talked about ‘achi tarbiyat’ we are giving our children?

Sadly, parents rarely ask their children about how their day was and whether or not they are happy and feel secure at school, but we will hyperventilate about their exam results and turn up the pressure to ensure they attain the perfect GPA: our minds already calculating whether our child is an academic genius who might ace the CSS exams in years to come.

It is essential to understand that until we normalize talking to our children – to make them feel safe enough to discuss problems with those they rely on to always have their best interests at heart – they will remain vulnerable – prey for those whose instinct is to harm others in order to maintain their own standing.

One can only hope that the Scarsdale incident will provide the necessary jolt needed for parents to take a greater interest in their children’s lives. Aside from this, I can’t see any other positive to come out of the horrific attack the victim was subjected to.

In the meantime, the principal, the boards of directors and trustees, whose own school website cites honesty, respect, compassion, honor and responsibility as its core values, should hang their heads in abject shame. Because every parent will be judging the school on its purported values and arriving at only one conclusion: F for FAIL!