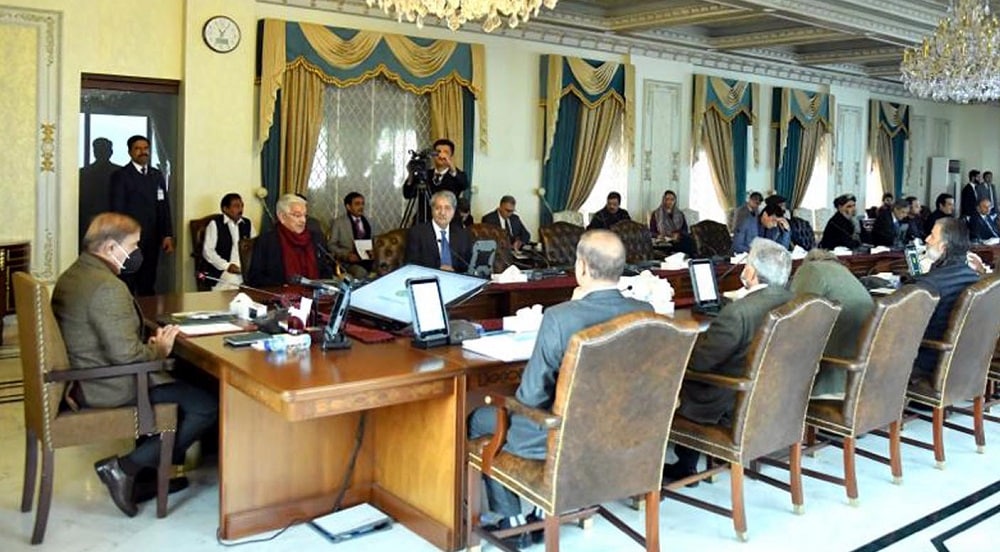 The federal cabinet on Tuesday approved a nationwide public awareness campaign on the conservation of power, gas, water, and other resources.

The cabinet meeting, chaired by Prime Minister Shehbaz Sharif, also ordered the concerned authorities to formulate a strategy to prevent the recurrence of prolonged power outages in the future.

Under the nationwide public awareness campaign, international best practices on energy conservation will be made part of the educational curriculum. The meeting was told that energy conservation efforts would help reduce the import bill of petroleum products which had doubled during the last seven years.

The meeting was further apprised that behavioral changes would not only save precious foreign exchange but also reduce the electricity bills of individuals by 30 to 40 percent.

The prime minister, expressing annoyance over the recent countrywide power breakdown, said the inconvenience caused to the people was unacceptable and would not be tolerated in the future and called for fixing the responsibility of the incident.

The meeting was told that the committee formed by the prime minister on the power breakdown had started functioning and would furnish a report soon.

Federal Minister for Information and Broadcasting Marriyum Aurangzeb gave a detailed briefing to the cabinet on National Awareness and Communication Strategy for Energy Conservation under which a long-term awareness drive would be launched.

She said the ministry would seek support from print, electronic and social media as well as public opinion makers and experts for the drive which would be run in collaboration with public and private institutions.

The awareness drive would not only benefit the public but also help reduce the economic burden on the country. The cabinet approved the ministry’s awareness drive and instructed its early launch and asked other ministries to extend their support.