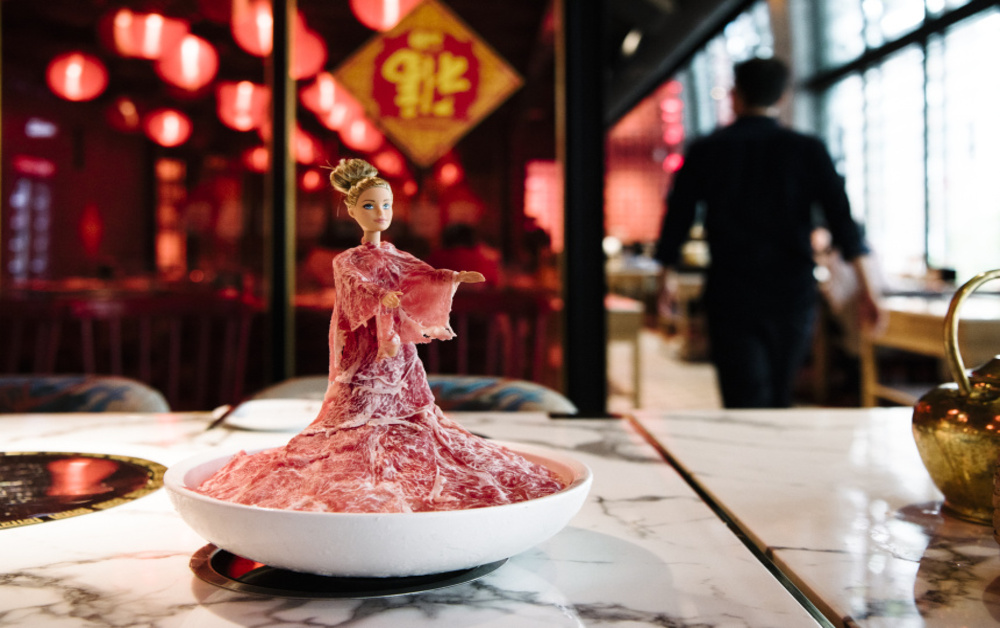 The food industry of Pakistan has been on the rise in the last few decades, introducing new, innovative, and exotic foods to the people. With so much competition in the market, restaurants are always looking for unique ways to attract customers. Some of these methods work while others backfire.

Recently a restaurant named Bozo, located in Lahore has caused a stir on social media with its unusual dish. The restaurant opened up not long ago and has become popular for its epic hotpot. Their new dish, Wagyu Dolls, received a lot of negative feedback for having an “inappropriate” concept.

The dish “Wagyu Babe” features a Barbie doll on a plate dressed in 150 grams of premium grade Wagyu. The idea is that the people have to undress the Barbie in order to consume the food. Creators of the dish think that it is a cute way to present the dish but people are finding it disgusting.

People on social media are calling out this uncommon way of presenting meat as unsettling and revolting. They say that this marketing campaign is absurd as it is objectifying and belittling women. Although the restaurant has achieved its target of serving an uncommon dish, it has attracted some severe outrage for this act. One particular Facebook User brought up this matter and requests Bozo to remove this dish from the menu.

Here’s what other people have to say:

It is the so-called “educated” who are the illiterate ones with their heads in the sand! If people boycotted the restaurant and splashed it all over social media, the owner would heed. He should be ashamed but so should everyone’s who’s going there to eat! And please don’t call them “elites”… these folks are self-proclaimed and draw their power from creating wedges between people and themselves. They will put others down to feel good about themselves. What makes one classy is one character which happens to be in short supply.
– Robina Niaz

Here’s what they had to say!

Following the previous apology post, Bozo also posted a ‘Wagyu Hulk’ doll on their Instagram account telling the people that they did not want to upset the people and just want to serve the best hotpot in Lahore.

Even though the “wagyu doll” dish caused such a controversy in Pakistan, the dish is quite common all over the world. The owners had no intention of implying anything bad and they even apologized. But this marketing idea might not be suitable in Pakistan where people especially women are already fighting for their basic human rights. Nonetheless, let us know what you think about this dish in the comment section below.