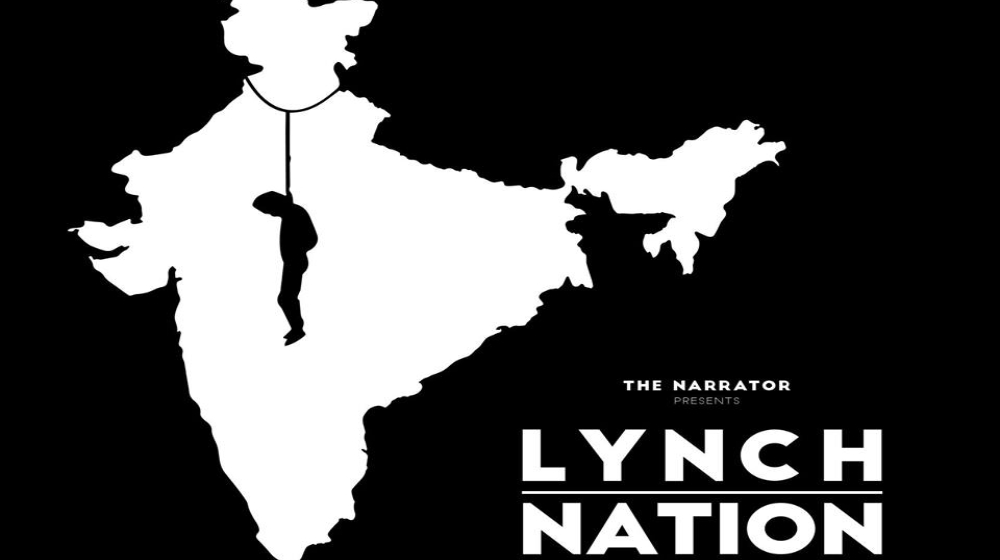 The Modi government has banned documentary-film ‘Lynch Nation‘ about public lynchings in India. The 42-minute documentary is a crowdfunded project that documents lynching incidents reported in India since Narendra Modi was elected to office in 2014.

It’s no secret that Modi’s politics are based on ‘Hinduvta supremacy‘ and he has openly condoned hate crimes against Muslims, Dalits, women and other marginalized communities. This in turn has has prompted an uptick in such crimes all over the country.

When it comes to crimes, the Modi government has refused to accept responsibility for the actions of Hindu citizens. In fact, the rulers themselves have promoted such behavior in fiery speeches and rallies.

Judging by this, its no surprise why the Modi government does not want Lynch Nation released in India, so that people are deprived of the truth. The government is considering asking YouTube to take down the trailer for a documentary. Legally, they can do that.

Lynch Nation’s trailer was released on YouTube on September 2018.

Three months later, the documentary was uploaded on the US-based video-sharing platform Vimeo. The file isn’t publicly available and is password-protected. One requires a link from the film-makers to view it.

The documentary film mostly covers lynchings by cow vigilantes. These public attacks primarily target Muslims and Dalits, as witnessed in the first term of the Modi government.

Film-makers Ashfaque E.J., Shaheen Ahmed, Furqan Faridi and Vishu Sejwal created the documentary film. All of them belong to minorities in India. Ashfaque and Shaheen are from Kerala, while Furqan and Vishu are from Jammu and Delhi respectively.

Lynch Nations comprises a set of interviews which tell the harrowing tales of lynching survivors and the family of those who lost their lives in the process. The documentary also highlights the political support that helps these ‘cow vigilantes’ get away scot-free.

Despite its best efforts, the Modi government might not be able to block the movie altogether. The documentary has already been released and screened in India.

Although the film is not certificated by the Central Board of Film Certification (CBFC), it can be screened privately. Lynch Nation has screened at several private screening locations across India.

“There is no CBFC certification required for a private screening.”

Sonakshi Sinha Apologizes for Using ‘Bhangi’ To Describe Her Wardrobe

Does India Have Any Options?

While the government can not completely ban Lynch Nation under its current legislation, it can direct internet platforms like YouTube to block links to a film in India. This wouldn’t be the first time India swept a problem under the rug using this method.

Back in 2015, BBC documentary, India’s Daughter was flagged down in a similar manner. The documentary covered the brutal gang rape and murder of a college student on a public bus in December 2012.

The documentary also featured an interview of one of the convicts in the infamous ‘Nirbhaya case‘. At the time, India’s Information and Broadcasting Ministry had issued an advisory to private television broadcasters, asking them not to air the documentary.