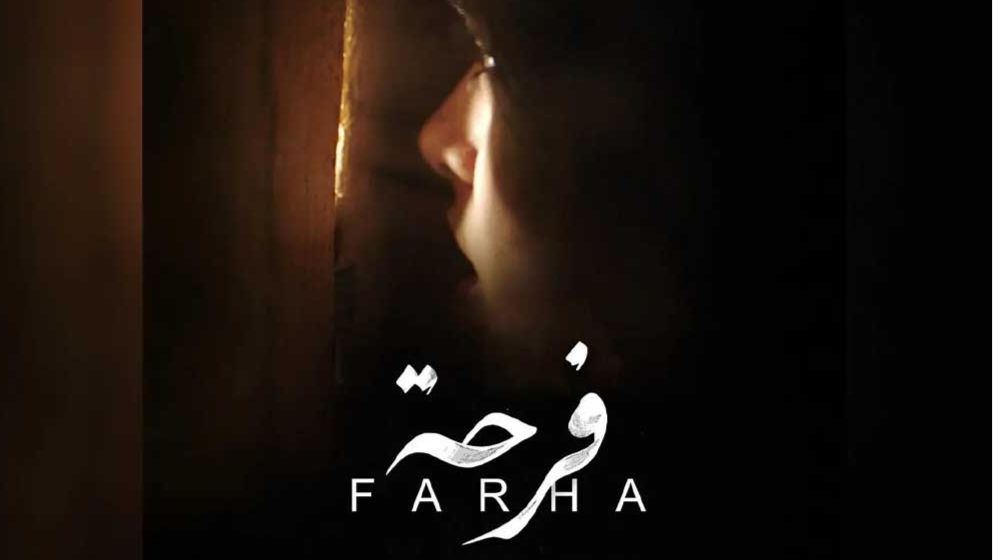 Jordan’s official Oscar submission, Farha, focuses on the repercussions of conflict through the eyes of a teenage girl and conveys the cruelty of bloodshed in a simple, yet complex tale.

The events depicted in the movie take place in 1948 when Israel declared independence and wreaked havoc in Palestine under the guise of freedom, which marked the beginning of the first Arab-Israeli war.

Palestinians describe the period depicted in the film as ‘nakba’ (catastrophe) since it marks the forced exodus of more than half of the Palestinian population. 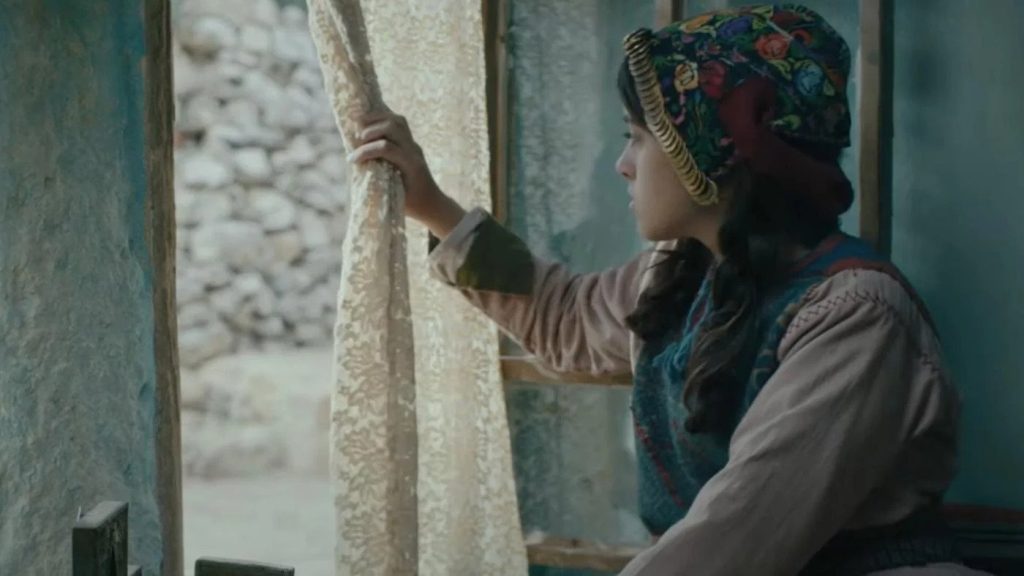 Farha is the story of Farha (Karam Taher), a 14-year-old Palestinian girl who longs to leave her remote village and pursue her formal education in a school. Her strong will, which she uses to convince her father to allow her to go to the city, crumbles as the Israeli conflict reaches her own village.

This moment is pivotal because it sets the stage for the rest of the film’s events to unfold.

Farha’s premise rests on the idea that ordinary people suffer the first casualties of war rather than the leaders who initiate it. 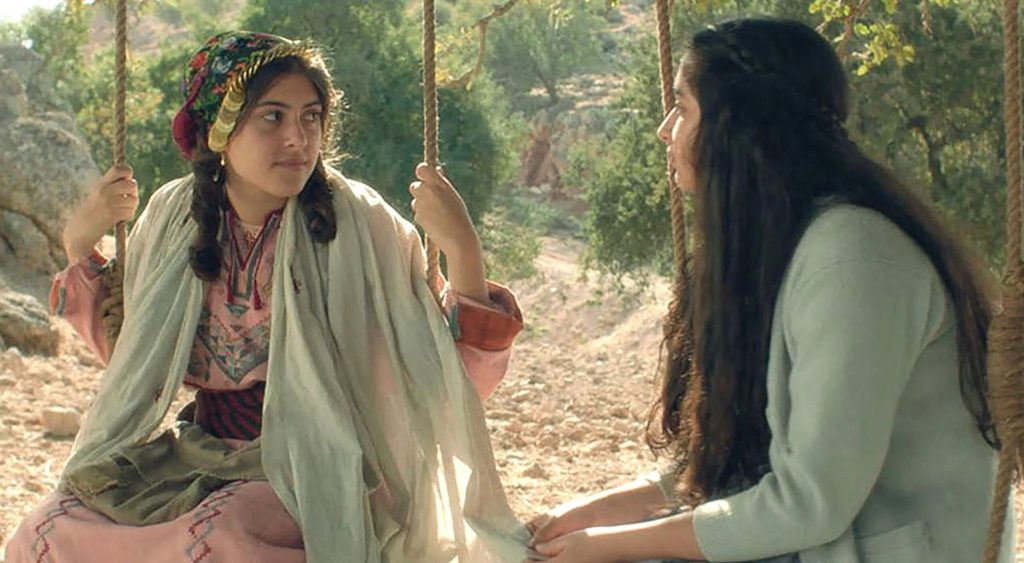 Careful shifts in cinematography, art direction, and set design take the viewers from picturesque scenes of Farha and her friends sitting by a small waterfall and a vibrant portrayal of her village during a wedding scene to dusty streets as the violence emerges. Then it moves to tightly composed visuals of Farha hiding in the dark as she is surrounded by terror. 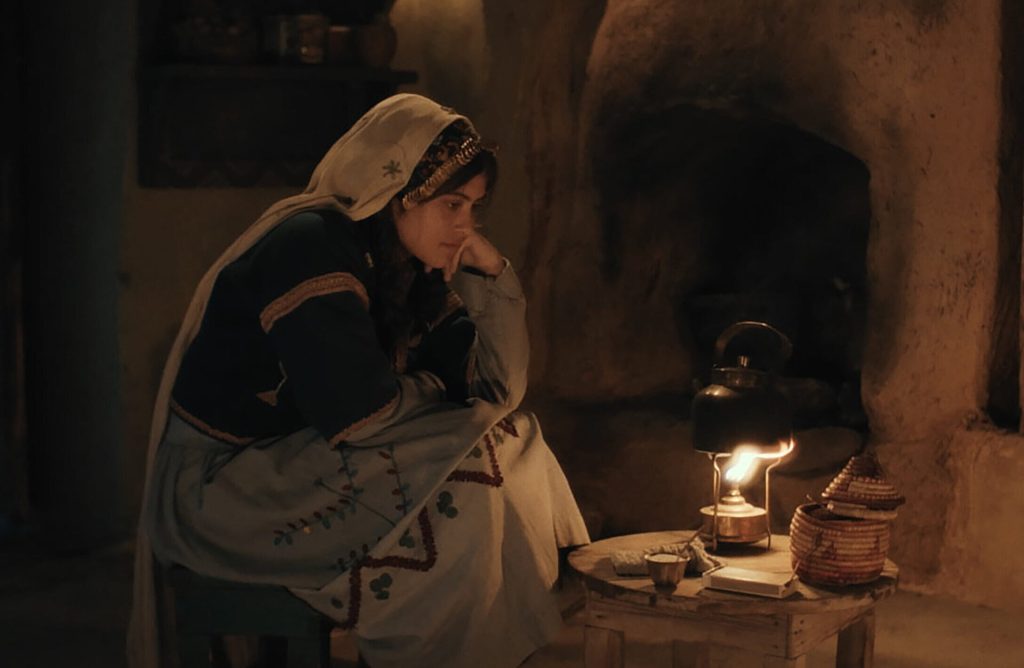 This nose dive into chaos is marked by another sudden transition in which Farha and her friend, Farida, are seen talking about her dream of studying in a city and how their lives would be if they receive formal education. However, their conversation is interrupted by an explosion in the village.

It is worth noting here that the 92-minute film is mainly set inside a food storage cellar where Farha has been locked by her father for her protection. For the next few days, she only has a tiny hole in the wall through which she has to assess the outside world and its happenings.

Interestingly, Farha and the viewers are left thinking how close the danger really is as they listen to the continuous sound effects (SFX) of gunfire and the terrifying roar of the explosions filling the storage room where Farha is trapped. 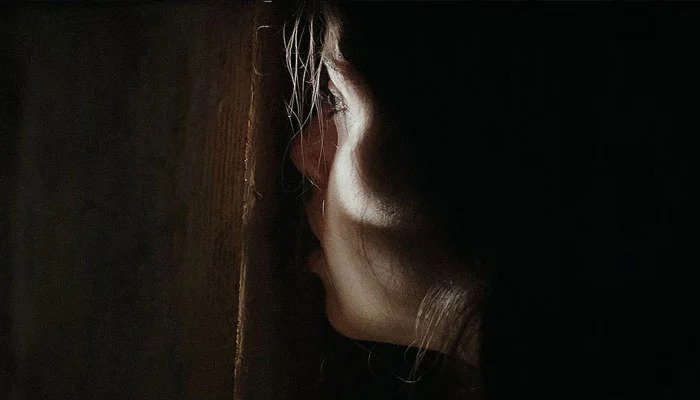 When the combat stops and Farha is free to exit the shelter, she goes back to the places she knew so well before but both have changed. The once-charming village is now a pile of rubble and Farha’s heart is heavy with the atrocities she has witnessed.

Farha is a Jordanian film written and directed by Darin J. Sallam. Its title is based on the main character, Farha, who is played by Jordanian model and film actress, Karam Taher.

The film was released on Netflix on 1 December this year.