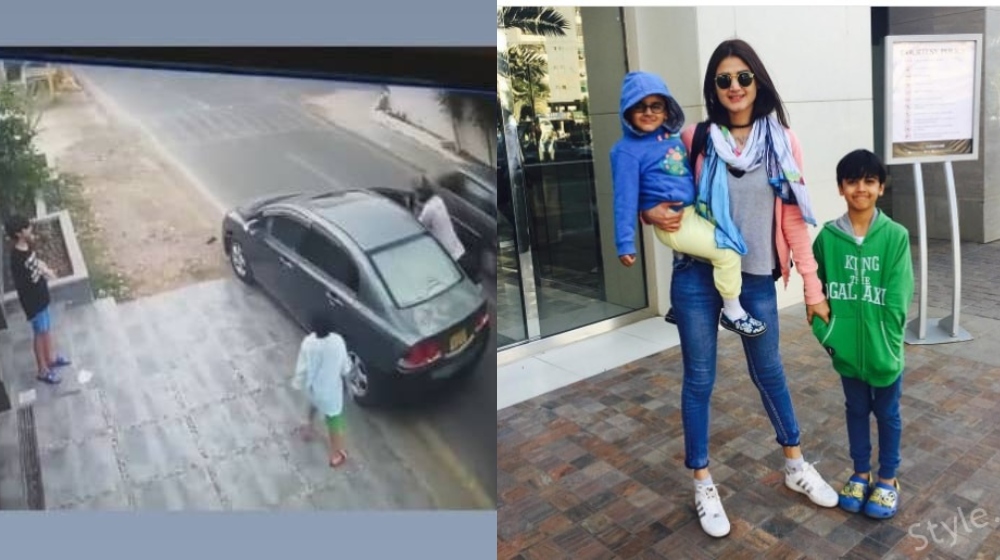 As street crime continues to run rampant in Karachi, actress Hira Mani was mugged with her kids outside their home in Karachi. Her response was that of grace as she’s already moved past the unfortunate ordeal.

They were reportedly robbed at gunpoint in broad daylight.

Hira Mani shared a CCTV video in her Instagram stories to highlight the unfortunate incident.

The videos show how her vehicle is parked outside the Kashf actor’s home. Her eldest son, Muzammil comes out of the car and rings the doorbell. The car is then flanked by two motorcycles. Little Ibrahim is caught in the crossfire and witnesses the whole incident. 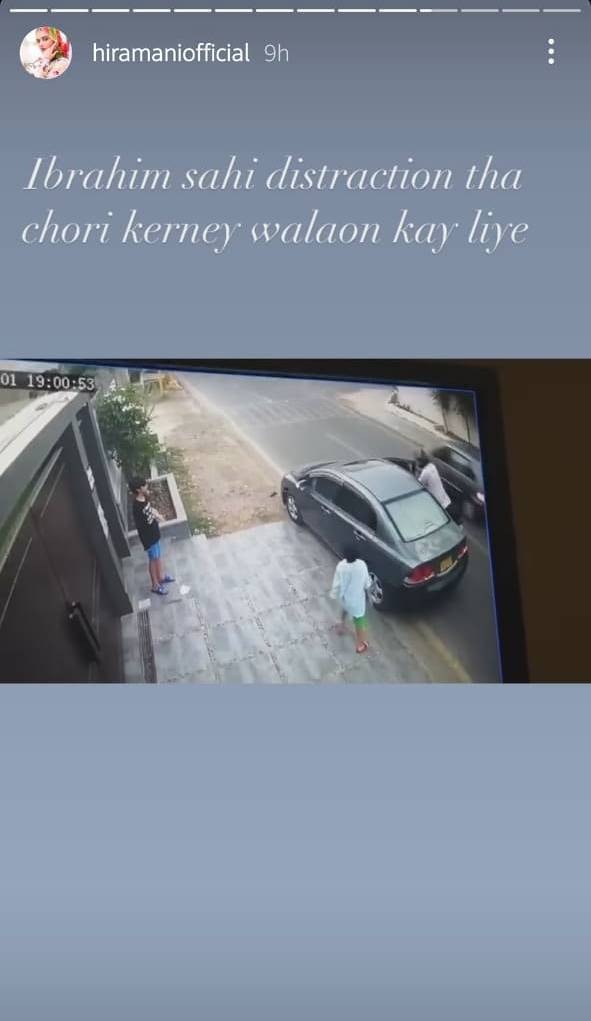 Luckily they’re all safe and no one got hurt. The Pagli actress even posted how she’s moved past the incident already.

Hira Mani later shared an Instagram story, citing a dialogue from her drama serial ‘Do Bol’ about the incident.

Sharing a photo on Instagram, the Aangan actress wrote,

“Ja Tujhe Maaf Kiya Mera Mobile Cheennay Walay (So, I Forgive You the one who snatched my mobile.)”

Since the news of the mugging went viral, Karachiites have been expressing grave concerns about the safety of city residents.

As of late, many people resorted to vigilante justice as instances of muggings and motorcycle snatchings continue. Just recently a driver ran over robbers as they were mugging a man at gunpoint in broad daylight.