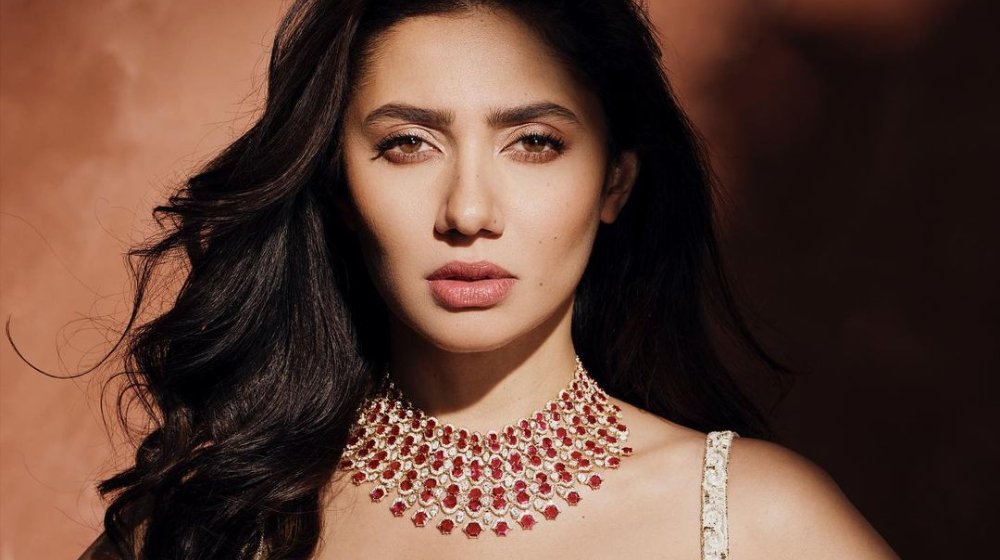 Mahira Khan is a top-notch actress in the industry, and a stunner. It’s an undeniable fact that she is a superstar in showbiz, and is an idol that a lot of women look up to. Everyone’s in awe of her stirring style infused with grace. Her latest photoshoot as the face of the Jewelry and Couture Collection of Faraz Manan is gaze-worthy. 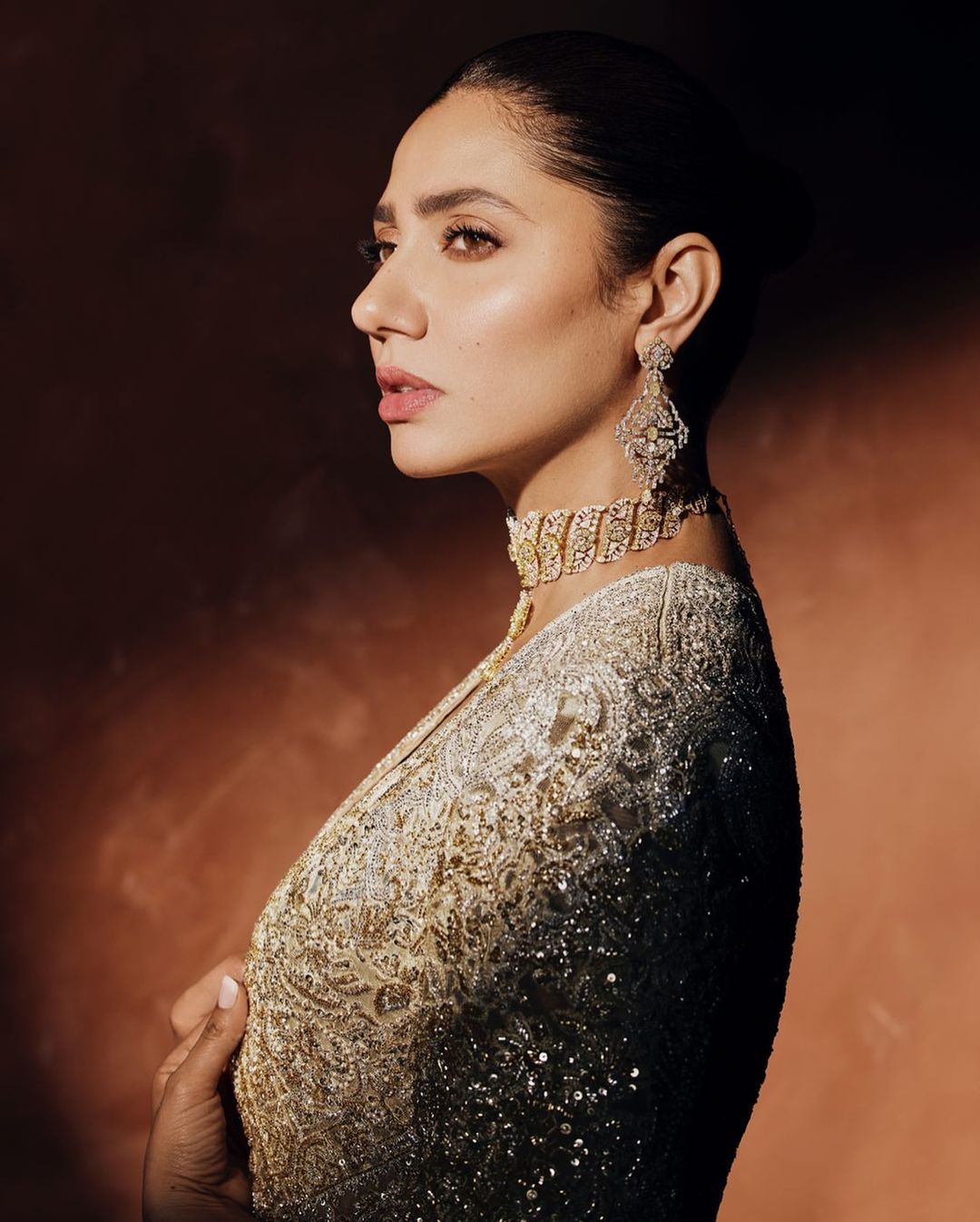 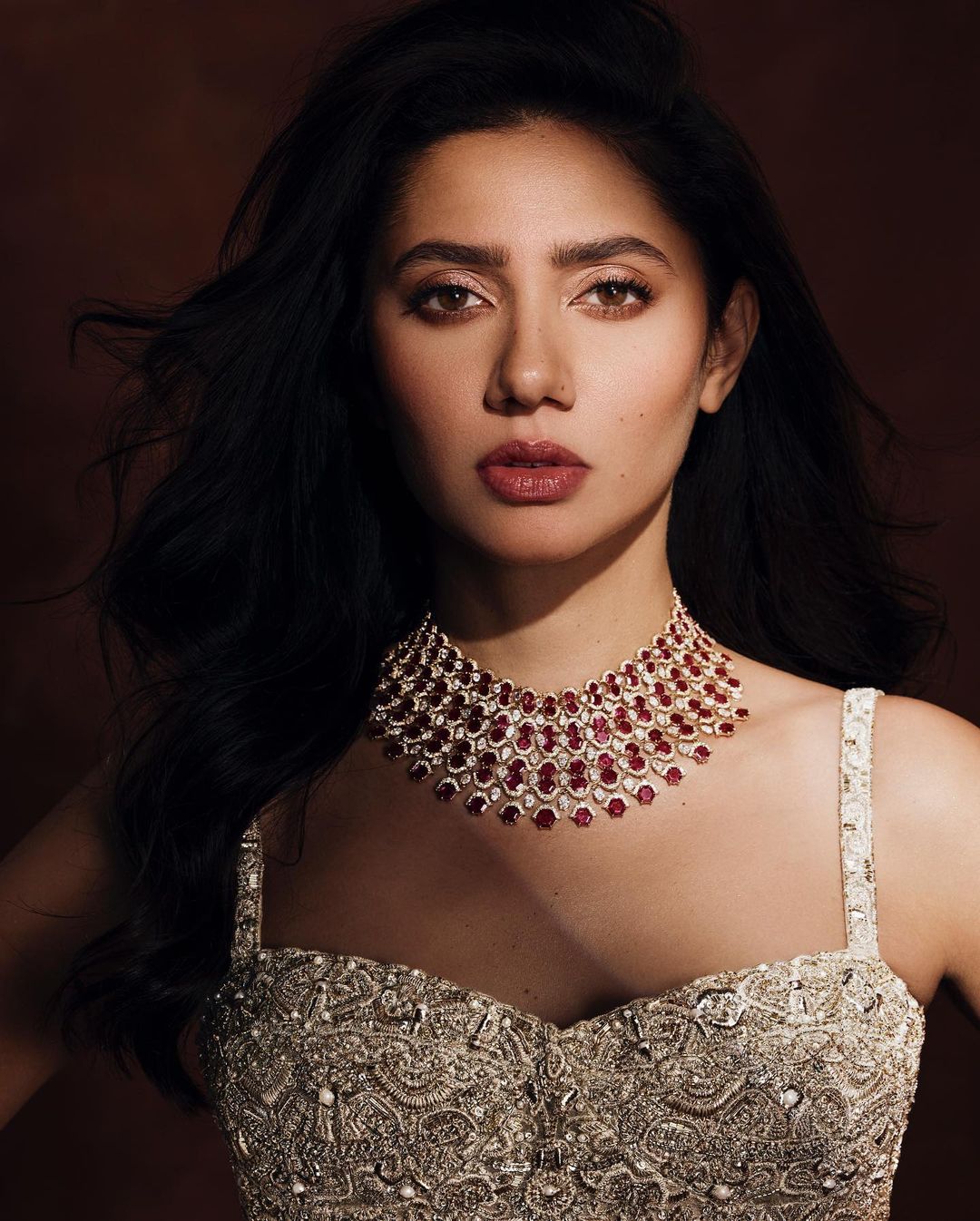 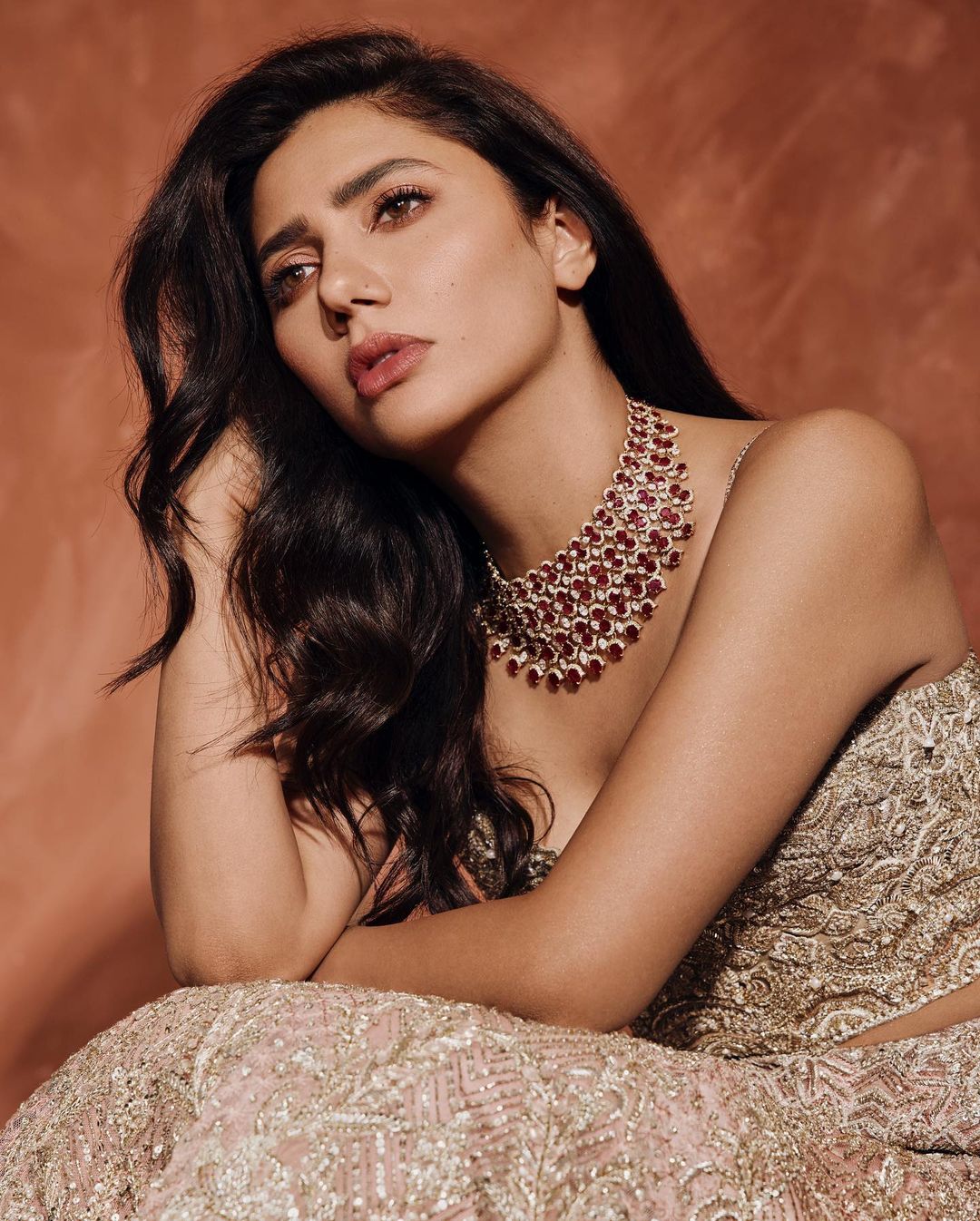 This intricately crafted flowy and flexible jewelry design adapts to the shape of the wearer’s neck and makes her stand out in the crowd. 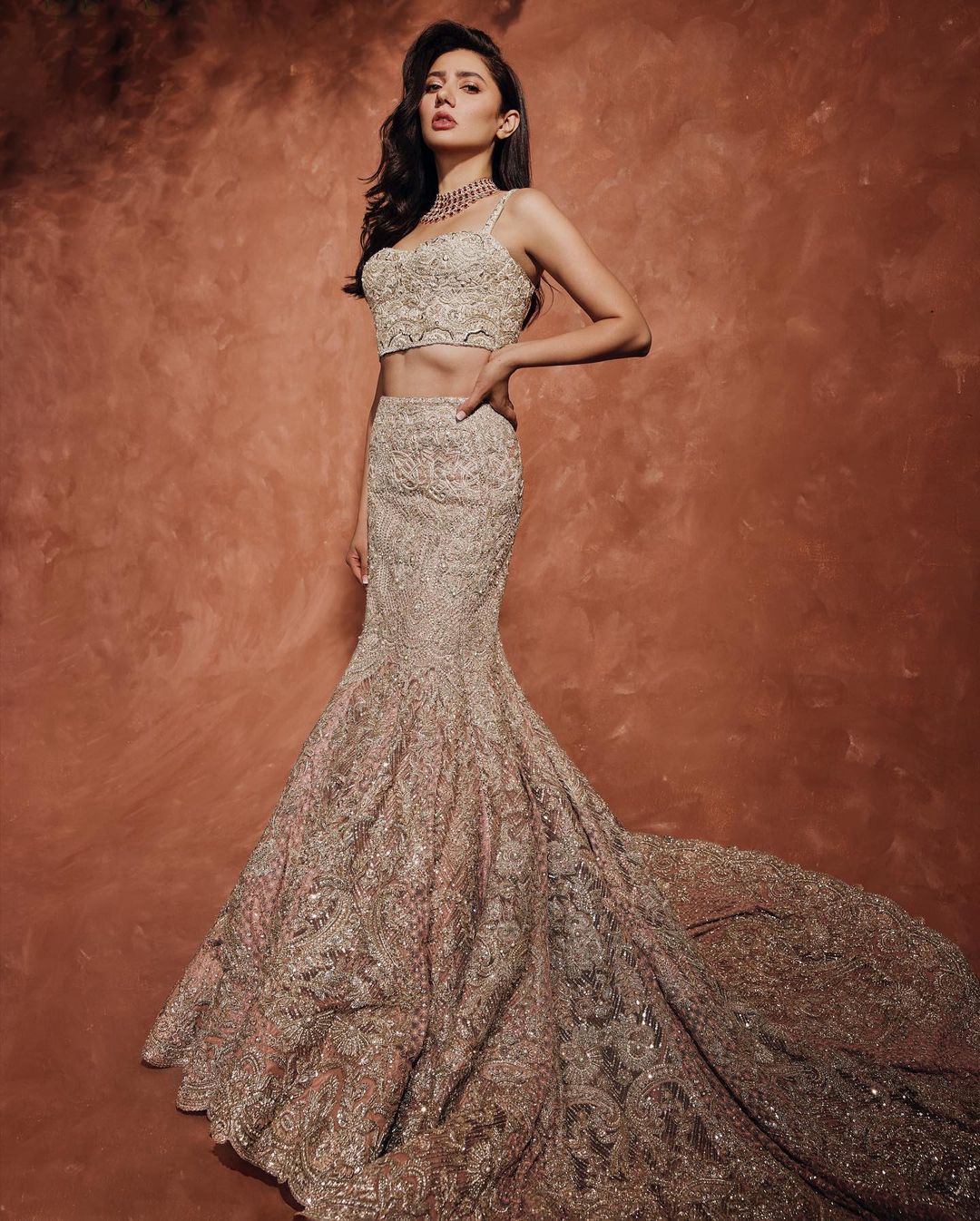 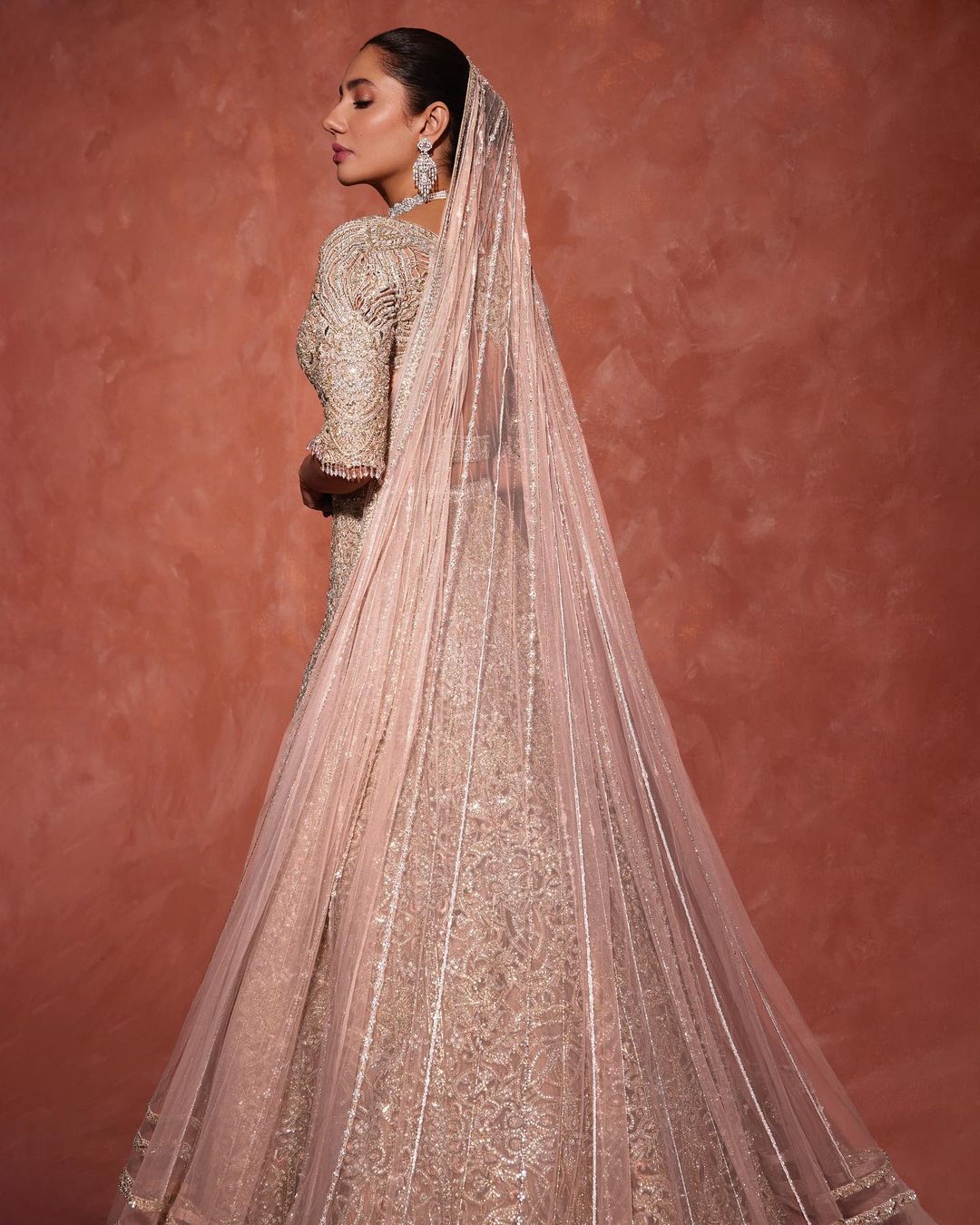 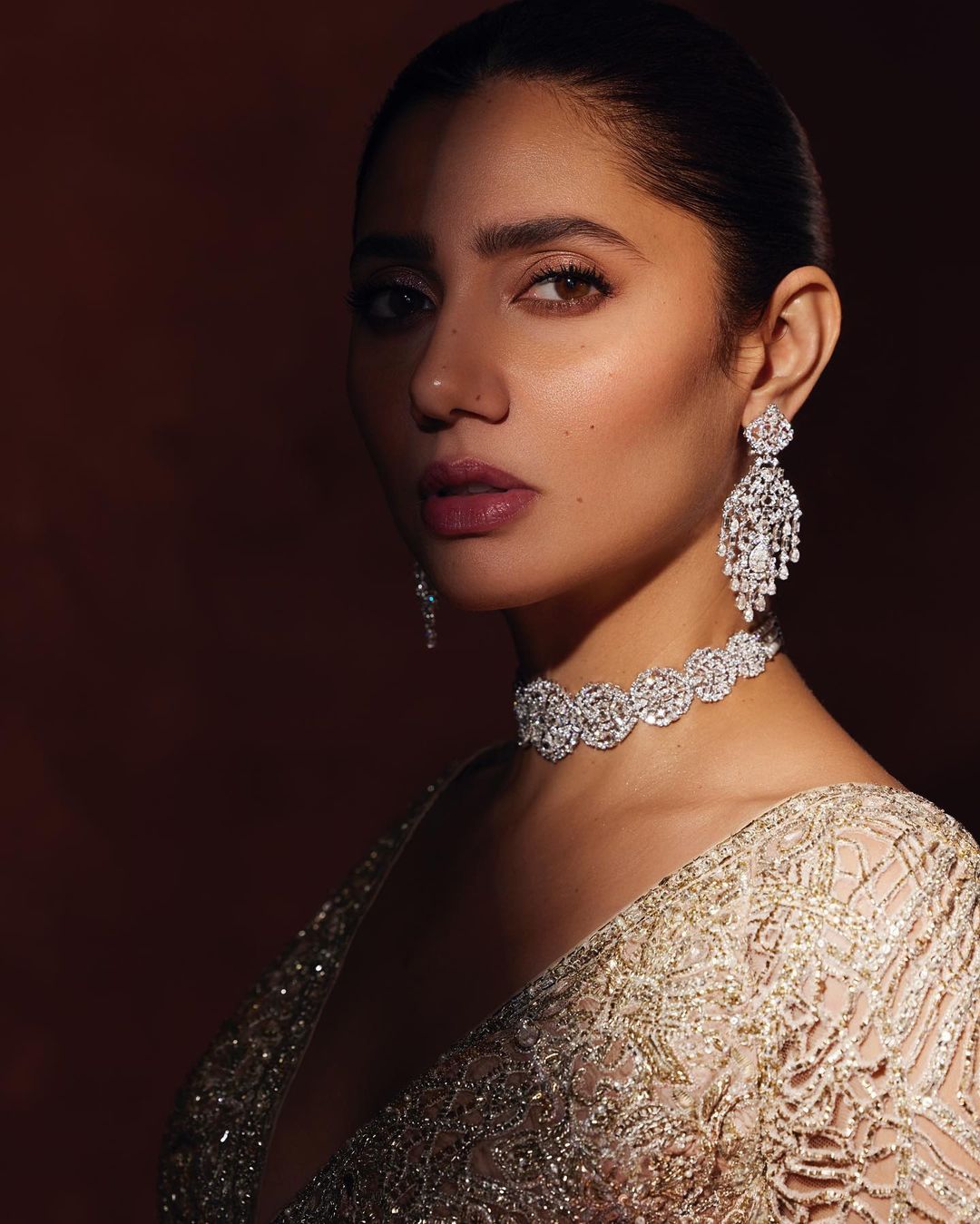 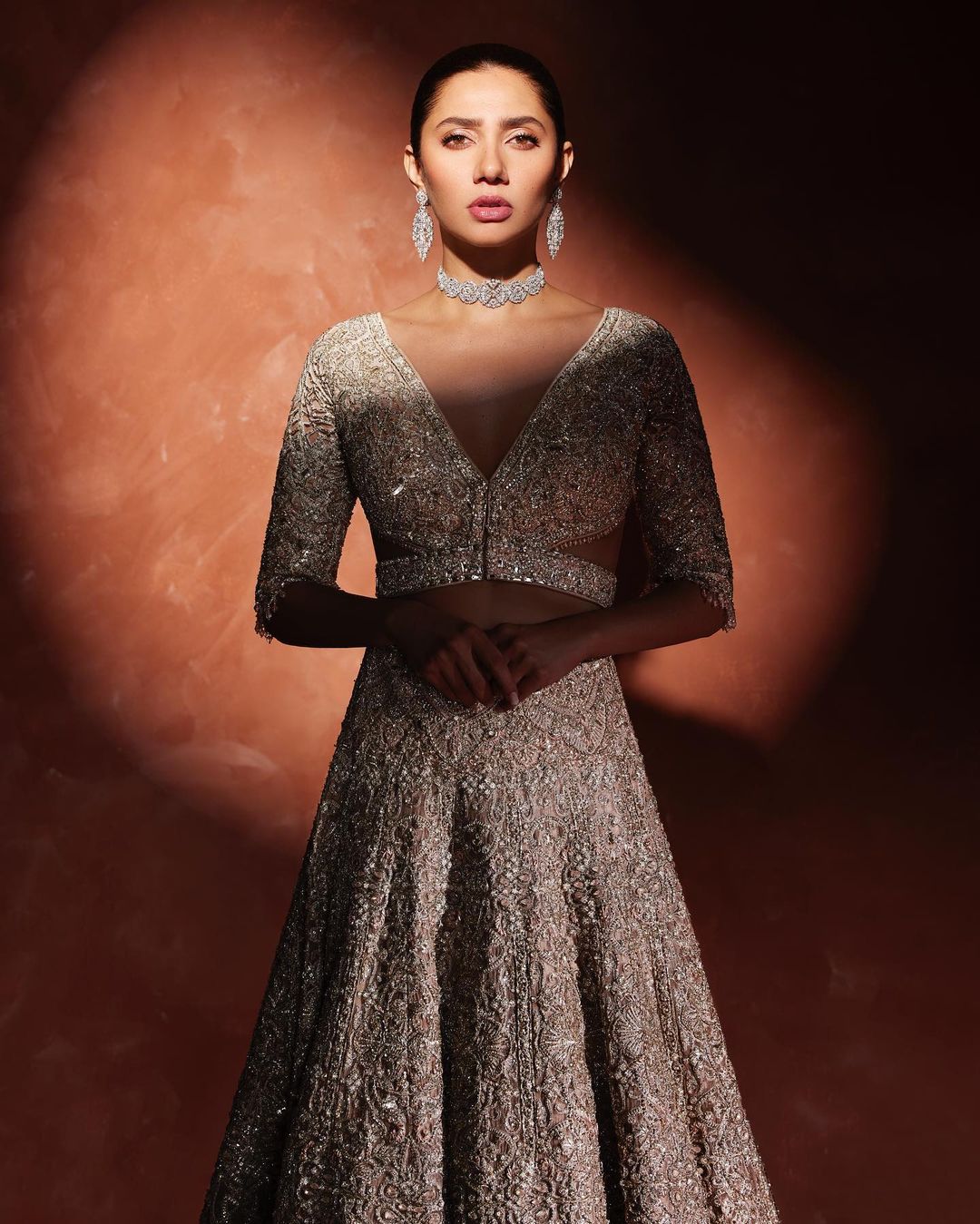 Mahira Khan is one of the popular stars of the entertainment industry who does not need any kind of introduction. She is making strides not only in Pakistan but also across the border. The actress has won the hearts of her audiences not only in dramas but also in blockbuster films like Bol, Ho Man Jahan, Bin Roye, and Superstar.

Aside from being a phenomenal actress, she is also one of the amazing stars who has represented Pakistan on various international forums. 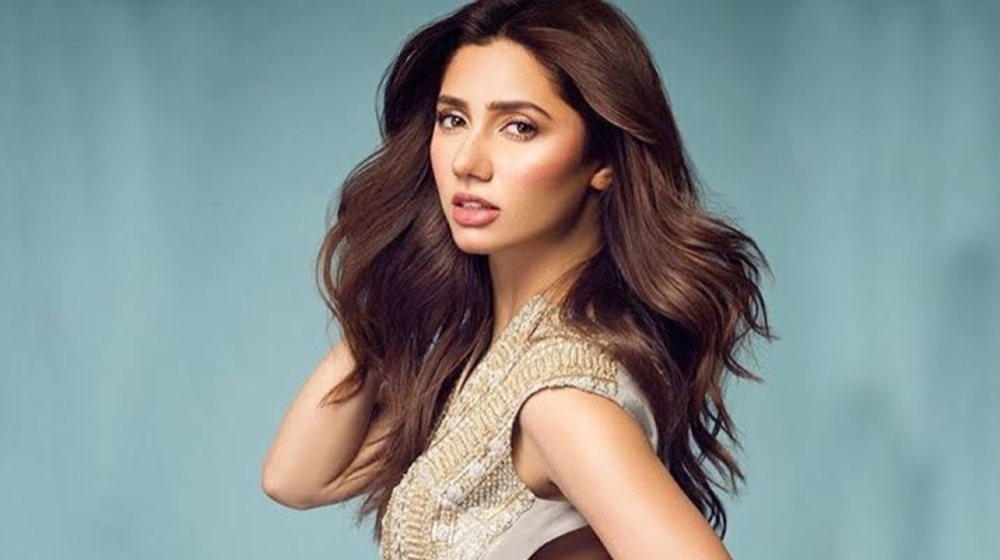 She recently made her comeback after a long break in the drama serial Hum Kahan Kay Sachay Thay, written by Umera Ahmed. The stunning star also showed her incredible skills opposite Fahad Mustafa in Nabeel Qureshi’s action-comedy film Quaid-e-Azam Zindabad and blockbuster film The Legend Of Maula Jatt.