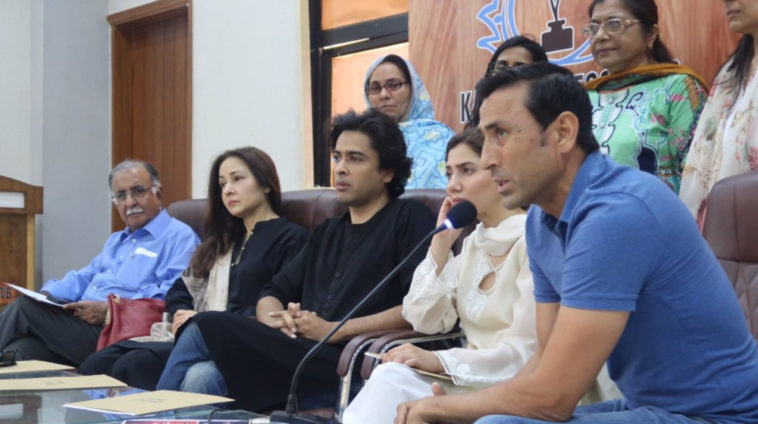 Mahira Khan, Shehzad Roy, Zeba Bakhtiar, and Younus Khan are teaming up to combat child abuse. The public figures addressed a press conference in Karachi, urging for taking preventative measures to spread the check of crimes against children. They also stressed the need for proper children’s education.

They demanded that the government take the necessary steps to protect children from heinous crimes being perpetuated against them.

Following the brutal rape and murder of 10-year-old Farishta, the issue of child sexual abuse in our society has resurfaced once again.

Verna actress Mahira Khan called for improving police efficiency so that what happened to Farishta may never happen again. She also emphasized that prevention is better than cure.

‘In such incidents, police needs to be quick in lodging the FIR, then there are counselors, therapy centers and child protection units, they should be abled,’ .

Zeba Bakhtiar, Younus Khan and Shehzad Roy second Mahira’s demand to improve prevention measures. The four teamed up with Shehzad Roy’s Zindagi Trust, to highlight the need to educate children on the matter.

They suggested implementing an age-appropriate curriculum in schools for awareness on abuse.

Zeba Bakhtiar, @TheMahiraKhan, @YounusK75, @nazimhaji join @ZindagiTrust to demand that the govt introduce #LSBE in all schools as the first step to #ProtectOurChildren from abuse. Run successfully at @ZindagiTrust Govt Schools, LSBE by Aahung can prevent a majority of #CSA cases pic.twitter.com/ZYuGeshBLL

They’re calling it ‘Life Skills Based Education’ (LSBE). Good thing is that a Pakistani non-profit organization has already created an LSBE curriculum.

Aahung is a Pakistani NGO devoted to improving sexual and reproductive health in Pakistan. The organization has won International accolades.

One thing that falls within sexual and reproductive health is curbing abuse, particularly, child abuse.

This is one of the reasons why Aahung created an age-appropriate LBSE curriculum, to counter the growing incidents of child abuse.

Shehzad Roy explained that this LSBE curriculum is approved by scholars. The objective is to teach children about sexual abuse, physical abuse, personal space and body rights. This will enable children to identify bad intentions and abuse, making them call out such behavior.

In this case, teachers and parents were taken into confidence for the safety of their children. It was explained to them how LSBE is vital to make children aware of what amounts to child sexual abuse.

As it stands, most schools, even the best private schools, do not teach the curriculum.

Prior to the heinous crime against Farishta, Zainab’s case garnered national and International attention.

According to Zeba Bakhtiar, a year after we brought “Justice for Zainab“, 10 child abuse cases have been reported on a daily basis.

These numbers are appalling. Encouragingly, children are beginning to come forth against their abusers. Zeba Bakhtiar stressed that the shame surrounding the subject is the cause of lack of awareness. We’ll have to cut back on that shame for the safety of children.

“Parents find it difficult to talk to their children on this subject but it’s high time that we find a way to convey the message to our offspring.”

Former cricketer Younus Khan also said that people refrain from reporting such instances due to the shame surrounding the issue.

He asserted that there are no reported cases of child sexual abuse in Khyber Pakhtunkhwa because of the culture of Pathans. 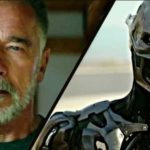 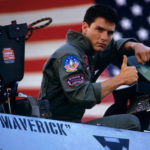