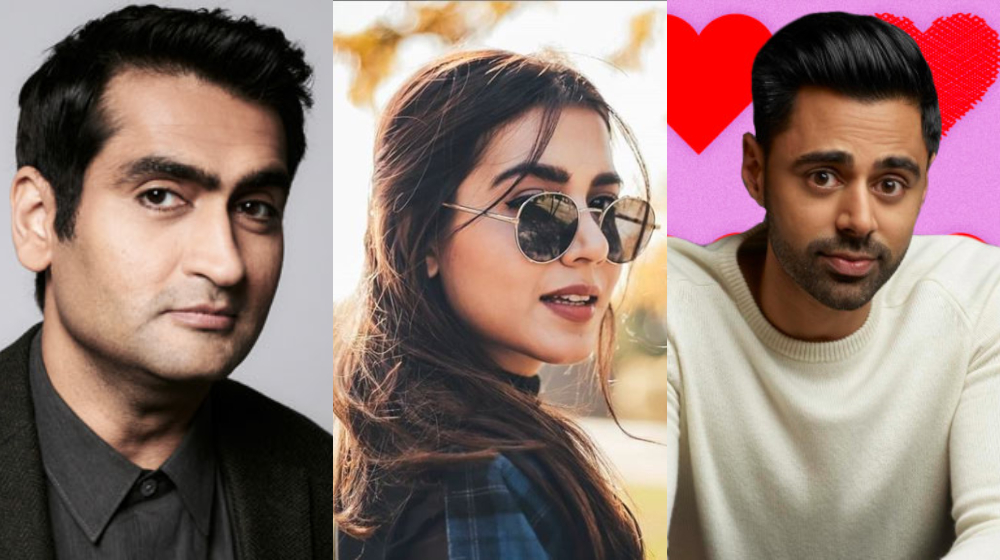 With Hollywood going a tad more inclusive these days, it begs the next big question. Are Hollywood’s new and diversified cast members (such as Hasan Minhaj and Kumail Nanijani) accurately representing their communities? In this regard Pakistani actress Mansha Pasha has some thoughts, and she’s not afraid of airing them.

Desi-American comedians like Kumail Nanjiani and Hasan Minhaj have made a lot of noise in Hollywood. These brown artists have succeeded in exposing an international audience to their respective cultures.

The debate of whether Pakistani-American Kumail Nanjiani or Indian-American Hasan Minhaj are doing a great job of representing their communities and culture continues to rage on.

Laal Kabotaar‘s Mansha Pasha is rooting for Indian-American Hasan Minhaj. The actress tweeted out that Kumail Nanjiani is an apologist for depicting desi women as ‘blubbering idiots’, particularly in his movie The Big Sick.

I like hasan minhaj so much more than kumail najiani. Correct me if im wrong but nanjiani seems like an apologist (his movie showed desi women to be blubbering idiots) where as hasan is more balanced imho.
They are both desi comedians so dont think its an unfair comparision.

She also added that ‘Hasan is more balanced IMHO’.

Pakistani-American comedian-cum-actor Kumail Nanjiani was nominated for an Academy Award for writing The Big Sick. He co-produced the film with his wife Emily V. Gordon.

The screenplay is based on his own life story. The plot follows how Kumail’s parents were trying to set him up in an arranged marriage. Meanwhile, his heart belonged to his white American girlfriend, who falls into a coma.

Before The Big Sick, Kumail Nanjiani was known for his role as a coder in Silicon Valley. Tired of being cast in stereotypical roles South Asian men usually find themselves in (the de-sexualized, professional type role, he called it), he ended up writing The Big Sick.

Prior to Mansha Pasha, writers like Amil Niazi have called out series like Aziz Ansari’s Master of None and films like Kumail Nanjiani’s The Big Sick for inaccurate representation of brown women.

“I found myself growing increasingly frustrated and then infuriated with the cliched, stereotypical depictions of South Asian women that have unfortunately become the norm in the growing on-screen narratives of brown men.”

Truth is in most cases brown men dictate the representation of brown women on global platforms. These men didn’t do a good job with Bollywood and Pakistani cinema either.

In her piece for The Aerogram (a South Asian culture site), Tanzila Ahmed pointed out that a lot of these series or films written by brown men end up putting white women on a pedestal, often at the expense of brown women.

“Once again, Muslim Brown women were crafted as undesirable, conventional and unmarriageable for the Modern Muslim-ish Male.”

Do you agree with Mansha Pasha’s views vis-a-vis Kumail Nanijani? Let us know in the comments below.