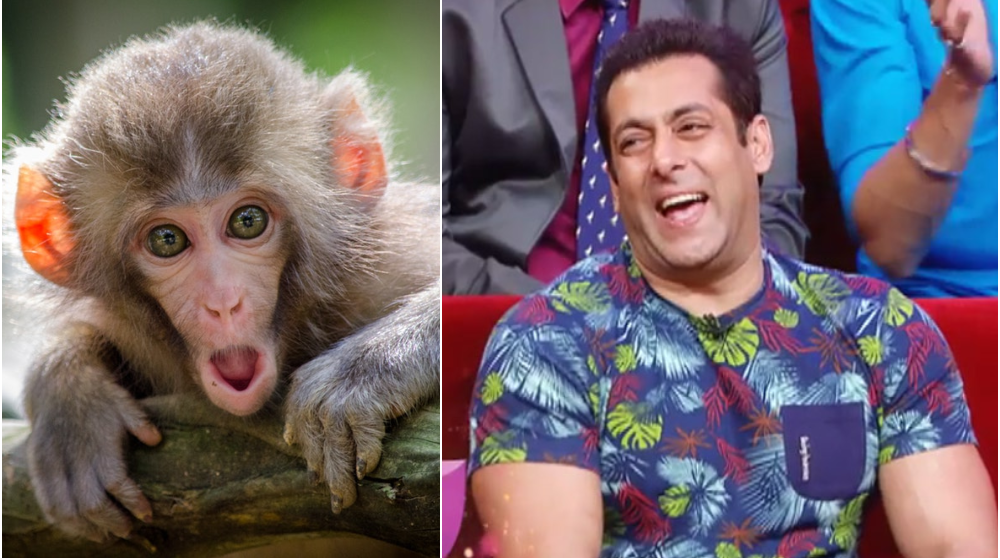 Bollywood’s superstar Salman Khan is currently in the news for his recently released mega-hit film Bharat. When he’s not busy boasting of his success, he tends to do normal things like sharing hilarious videos with his fans.

He recently shared a cute little video on his Instagram and its no surprise that the video has gone viral with 4.3 million views to date, with over 11,000 comments no less.

Salman Khan Is 53 Years Old And He Can Still Do Splits! [Video]

Salman Khan Is Up to No Good

In the video, Salman is seen offering his water bottle to a monkey who is busy eating a banana. When a famous Bollywood star tends to fret over you, you take notice.

But not this monkey. No sir. This lovable chimp basically says ‘thanks but no thanks, I don’t accept my drinks from a water bottle.’

Faced with the monkey’s cold gesture, Salman decides to change tack. He then offers the ape some water in a glass, just like you could to someone who is deserving of some respect. And guess what? The regal monkey actually accepts the water this time!

Its not everyday that you show Salman Khan whose the boss.

The monkey’s reactions have certainly gone viral. Perhaps Salman is going to cast him in a new movie, complete with a paycheck with a lot of zeros in it. This monkey does prefer to be treated like a royal after all.

But hey, never say never, as Salman Khan is known for featuring social media sensations in his movies however he can.