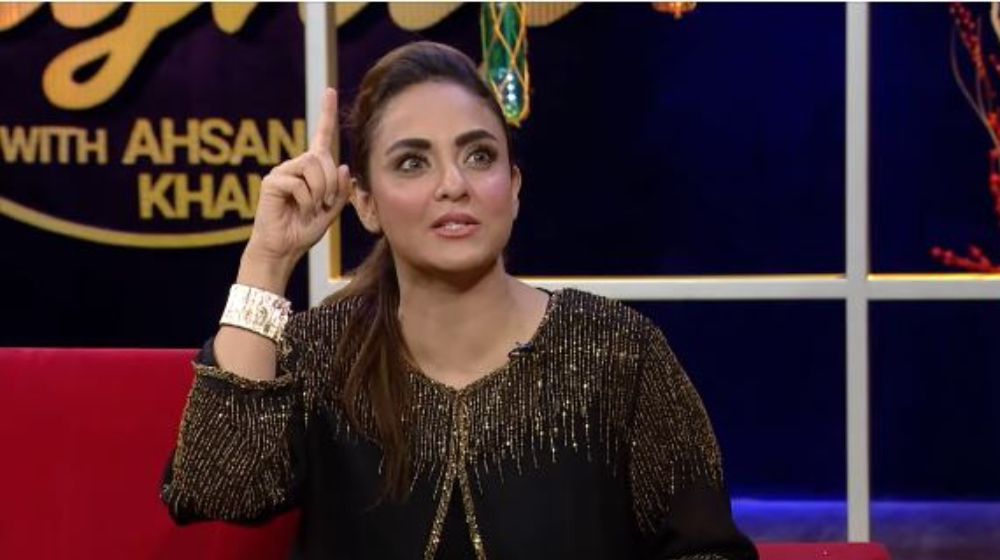 Nadia Khan becomes the latest to voice the opinion that Mahira Khan is ‘an average actor’. After Yasir Hussain, Javeria Abbasi and Firdous Jamal, now even Nadia Khan is voicing her opinion on Mahira Khan’s acting.

On Ahsan Khan’s show at BOL, when Nadia was asked to grade the top three actresses of the industry, she only rated one as an actor. The names included Mahira Khan, Mehwish Hayat and Saba Qamar.

Nadia Khan And Her Choice for Best Pakistani Actress

Nadia Khan said Saba Qamar was the best by far but she ‘won’t even rate the other two (Mahira Khan and Mehwish Hayat) as actors‘. Instead, she went on to voice her opinion that Iqra Aziz was the best actress in the biz right now.

“You did not even mention Iqra Aziz’s name who in my opinion is one of the finest actresses nowadays and I am her big fan.”

Ahsan Khan did not want to end up like Faisal Qureshi and held his tongue. That didn’t stop Nadia Khan

“Whatever I said about Mahira Khan and Mehwish Hayat is quite meaningful if someone wants to understand what it means.”

Nadia Khan also dished out dirt on Humaima Malik. She revealed that the Arth 2: The Last Destination  was not Shoaib Mansoor’s first choice. In fact Nadia Khan claims she was offered the role first.

“Shoaib Mansoor said to me that he had written this role with me in his mind. He was sure no one could do this role better than me but my husband did not allow me to be a part of the film.”

While other actors have criticized Mahira Khan’s acting skills, Firdous Jamal’s comments regarding her really got the debate going.

And then we had Momina Duraid’s ‘cancel Firdous Jamal’ stunt, which has managed to turn public opinion against her.

Twitter bandwagons aside, Nadia Khan, who was considered a benchmark actress during her time and a member of the fraternity, is also not all praise for Mahira Khan.

It goes without saying that most of the showbiz celebrities supported Mahira Khan mainly due to the fact that they found Firdous Jamal’s statements about her age in bad taste.

Now Feroze Khan stood up to support Firdous Jamal’s fundamental right to freedom of speech. An opinion is an opinion people say, and hardly worth firing a legend of the industry for.