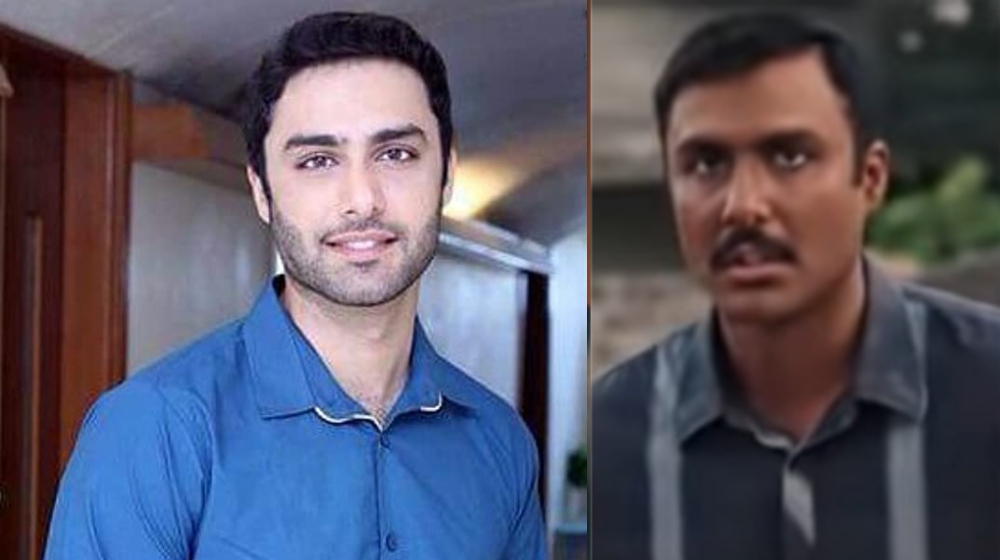 As the teasers for Pari Zaad land online, Netizens can’t help but call out Ahmed Ali Akbar for using blackface.

The drama serial features the Ho Mann Jahan actor in the central role. He plays a welder going through the struggles of life.

Despite the fact that the majority of Pakistani people have a dark complexion, the entertainment industry doesn’t have a single brown actor that is actually dark-skinned.

Decades later Pakistan’s ‘gora complex’ sticks out like a sore thumb despite all that talk of body positivity. Actors like Fahad Mustafa and Mohib Mirza that are at least brown, are few exceptions. Even back in the day of black and white films we had but one ‘chocolate hero’, Waheed Murad.

In fact, dark-skinned actors are normally typecast as the bad guy like Salahuddin Tunio and Gohar Rasheed.

So when they needed someone to play a dark-skinned man on-screen Ahmed Ali Akbar used blackface for the role.

Despite the entertainment industry being called out for blackface time and time again. They just don’t learn.

People even called out how Ushna Shah who voiced her opinion about everything had no qualms with a co-star using blackface.

Based on the teasers Saboor Aly and Ahmed Ali Akbar are potentially playing siblings. Saboor’s character is a tomboy. From her love for boxing, loose kurta shalwar, bandanas, and caps, she is not feminine enough for society

She wants to box, but her family expects her to get married and settle down.

Famed for playing the antagonist, Saleem Mairaj is also a part of Pari Zaad.

What do you have to say about the drama serial using blackface, and other racist themes that are seen on television? Let us know in the comments below.