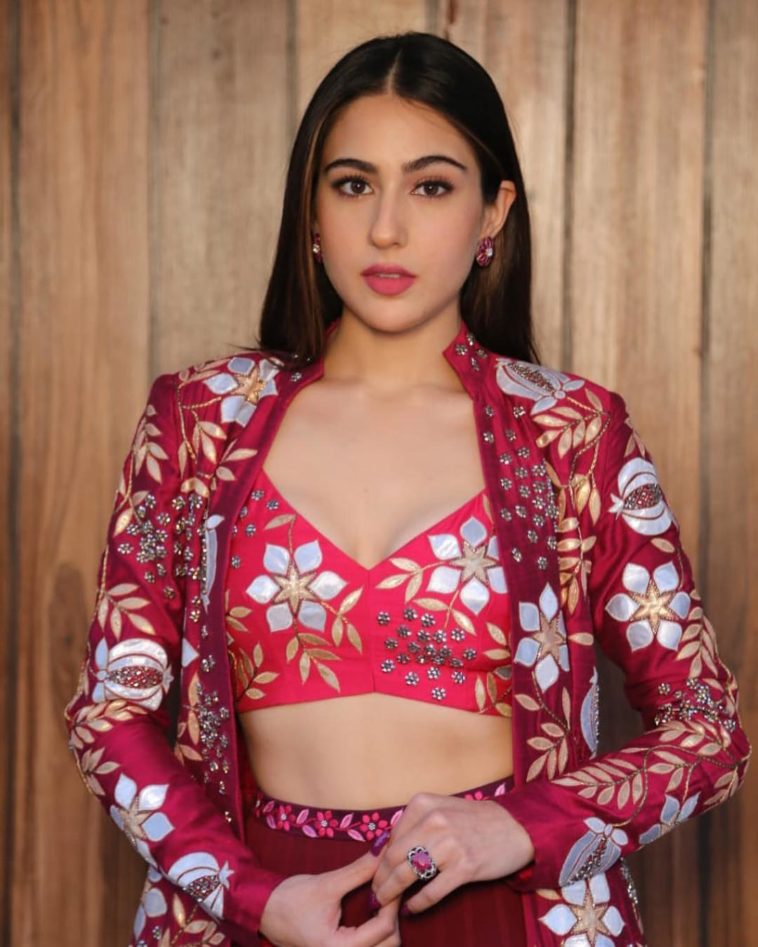 Sara Ali Khan’s comments on colourism have caused a bit of a stir. The Kedarnath star said,

She made the comments in a recent interview with Burkha Dutt for the #WetheWomen event in Bangalore, India.

These Pakistani Celebrities Are Reminding Us of National Siblings Day [Pictures]

Her comment sparked controversy since it comes in the wake of controversies like Arianna Grande’s blackfishing and Justin Trudeau’s blackface incidents. Both of these celebrities thought that turning yourself into another race is harmless. On the contrary, it shows how much scant disrespect you have for other people, specifically those who don’t belong to your race.

In the interview, Dutt asked,

“But what about people who are dark and are under enormous pressure to look fair?”

Dutt went on to list the “prejudice” and rude comments that fuel colourism, comments like “shaadi nahi hogi” (you will not get married).

Khan responded, “This..again, what is pressure?” She went on to claim that individuals can change the dynamics of societal pressure and colourism by being vocal.

“There’s a larger probability and higher success rate for you to attempt to change yourself before you change the world because they are not going to,” said Khan.

The star kid’s comments prompted a swift backlash on social media, with many Twitter and Instagram users calling her out for making tone-deaf remarks.

Instagram users trolled Khan for her tone-deaf comments, mocking her ignorance even as a Columbia University graduate. 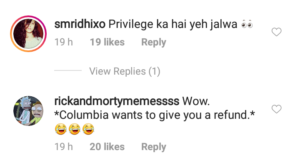 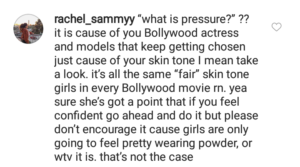 Twitter users called her out on her privilege and slammed her ignorance about the reality of colourism that has real-world consequences.

hey dark skinned women being shamed for your skin colour, sara ali khan has the solution for YOU! Apparently you can't change anybody's mind about colourism! So just BeLiEvE YoU'rE BeAuTiFuL! Who cares that you literally get hired less often than fair people! Who cares!!!

I'm sure the lady at the salon won't slather 1 kg of white powder on my face out of her constant hate for coloured women, it's may also be coz it's cheap & out of her lack of makeup skills but fairness obsession is rooted in our cultures for ages & it's time to cleanse that out

People with privileges may definitely find it difficult to relate to the current biases towards others. It's only excruciating and disappointing #SaraAliKhan

'Wanna Be Fair? Put On Some Powder': Sara Ali Khan Has No Idea About Colourism in India https://t.co/iUK41e0fVL

India in particular has a long and difficult relationship with skin colour. According to researcher Ritesh Patel, 90% of women identified bleaching products as essentials.

The star’s comments ignore the facts of colourism and its history. India is one of the biggest victims of what Ronald E. Hall calls the Bleaching Syndrome. Shockingly (or rather unshockingly) there is a 400-million dollar bleaching industry in India.

Khan dismissed the “chatter about skin colour” in the interview. Perhaps this will make her reconsider. 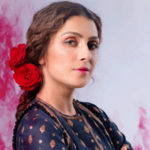 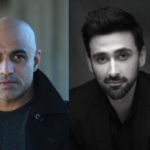