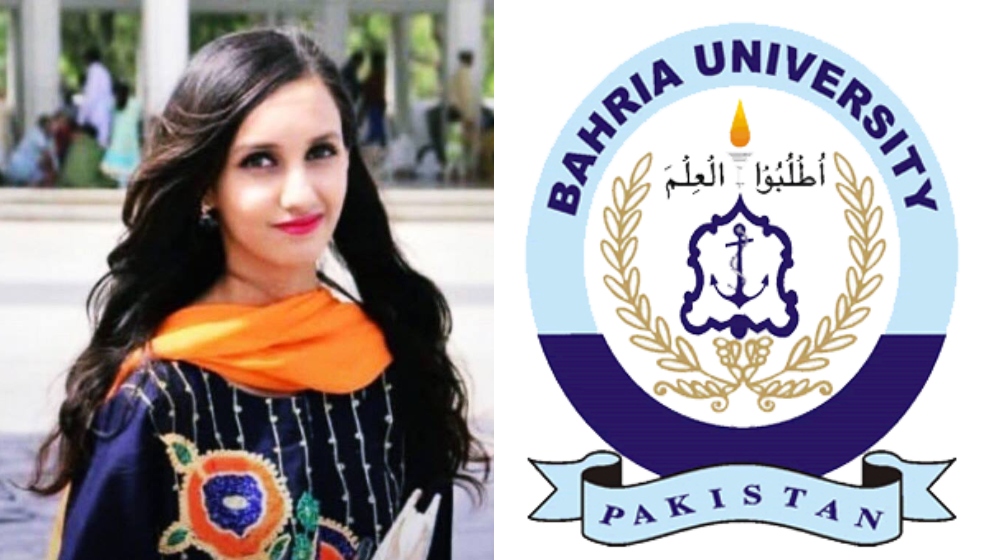 A Bahria University student fell from the university’s 4th floor and no one thinks it’s an accident. People are demanding #JusticeForHaleema while the debate of who is to blame has ignited on social media.

Some people are of the view that Haleema fell off the 4th floor because there is no proper fencing to prevent such accidents from happening. When the Bahria University management and administration were aware of this then why were students permitted in that unsafe area and how long were they going to sit on it till they made the floor safe for access?

Soon, reports emerged that university students and staff have complained about the incomplete construction of the new building and lack of facilities. However, the management completely ignored them.

Students are irked that rather than focus on student safety and solid construction practices, the university administration is more concerned with moral policing of students.

“The university only cares about segregation rules, 6-inch rule, and other pointless and irrelevant rules.”

Students complain that in Bahria, ACs are out of order, that this BS (Business School) does not have any water cooler, and there is a lack of General Facilities.

Reportedly, it is alleged that the Bahria University management is pressurizing Haleema’s family to drop things. As well as trying to shift the blame on others. The university went as far as to lie that;

“Business School is not open yet, … we have been conducting classes in the BS Department for 2 weeks,”

Mainstream media reported that Haleema was stopped from accessing the building’s fourth floor. This makes no sense given the university’s scheduled had organized classes there. Clearly something doesn’t add up here.

What a lie, that building is fully functional atm. They were in such a hurry to shift the business department that they disregarded safely measures.#JusticeForHaleema#BahriaUniversity pic.twitter.com/qdfXWXWdyC

Netizens are hitting back hard and won’t let Bahria University sweep this matter under the rug.

Fellow students of the girl are not staying limited to #JusticeForHaleema online. They’ve organized a protest today till Haleema’s burial rites are completed.

Students and other netizens alike are appalled by the callousness of the Bahria university management and administration.

#bahriauniversity The only thing they really care about is the money. pic.twitter.com/qLKS8UvmRg

The university administration is still trying to cover up their crime but is doing a bad job of it.

Detail: Halima fell from 4th floor and passed away of Bahria University building and there was no Grill but within few hours grill is seen but I guess the management failed badly by not placing grill on 3rd floor. pic.twitter.com/pBfjYlYu5L

While netizens are trying hard for bodies like the Higher Education Commission and authorities for building safety to take notice of the issue, some suspect there might be a buyout.

Previously a suicide case in Bahria University emerged when a student was repeatedly failed in one subject. Saqib Hussain Hakro was a 5th-year Electrical Engineering student of Bahria University Islamabad who took his life.

There was no probe to determine if the student’s failure in one subject was an outcome of a faculty member’s personal grudge or something else.

In his suicide note, he had also mentioned that he felt suffocated in the depressive environment of Bahria University.

Nothing was heard of his case nor did he receive any justice.

Students of Bahria University Islamabad gather to express their concern for safety over the death of a student who fell from 4th floor. No clear answer has been given by the administration how she died pic.twitter.com/CkiiqEjcaD