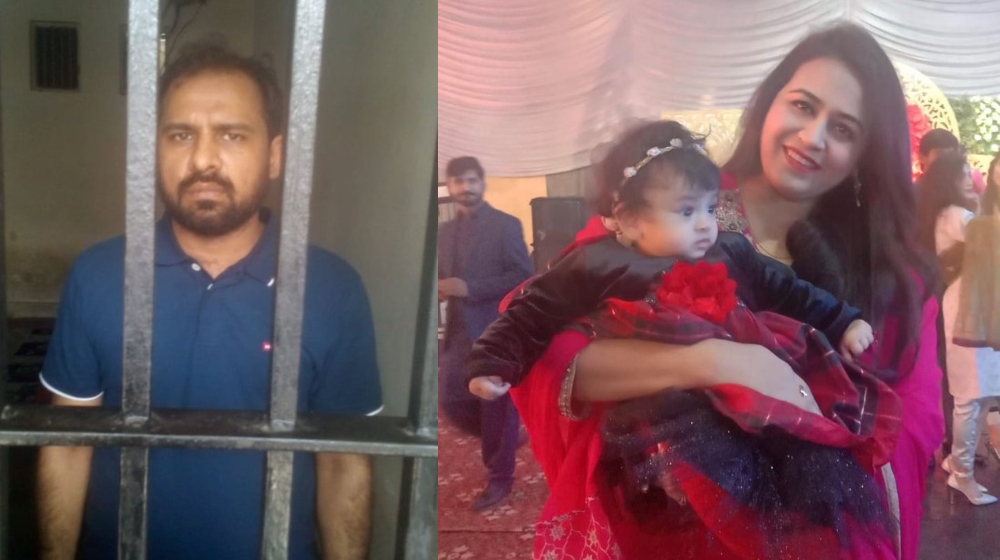 Rawalpindi police have received a forensic report of a letter written by Ali Salman Alvi’s wife Sadaf Zahra, who was allegedly murdered by her husband. This mystery just keeps getting confusing.

According to Geo News, the forensic report deduced that the suicide letter was indeed written by Sadaf Zahra Naqvi. This deduction was based on a comparison of the handwriting in the letter and Sadaf Zahra’s educational record.

However, the Rawalpindi police spokesperson said Ali Salman Alvi’s wife’s cause of death is yet to be determined. The cause of death will be confirmed after the forensic report of the samples taken from the scene of the crime.

Whether it was murder or suicide, Twitterati asserts that it is still Ali Salman Alvi who killed his wife. Friends and family of Sadaf Zahra shared harrowing accounts of domestic abuse that the school teacher had been suffering at the hands of her husband.

On June 29th, Ali Salman Alvi’s wife Sadaf Zahra Naqvi was found hanging with a fan in her house in Rawalpindi. The bruised and wounds on her body led police to suspect foul play which prompted the arrest of her husband, an electronic media journalist.

He is currently in jail on judicial remand. Police revealed that residents living near Ali Salman Alvi’s home backed claims that he was indeed abusive towards his wife. Aside from domestic abuse, locals complained of his aggressive behavior towards them.

Sadaf Zahra was a teacher in a private institution. Her sister alleges that her brother-in-law Ali Salman was cheating on Sadaf with various women online. This led her sister’s downward spiral into depression.

Dr. Mehwish Zehra alleges that her brother-in-law killed his sister or pushed her to commit suicide.

Ali Salman Alvi was also accused of blackmailing and extorting these women online for money.