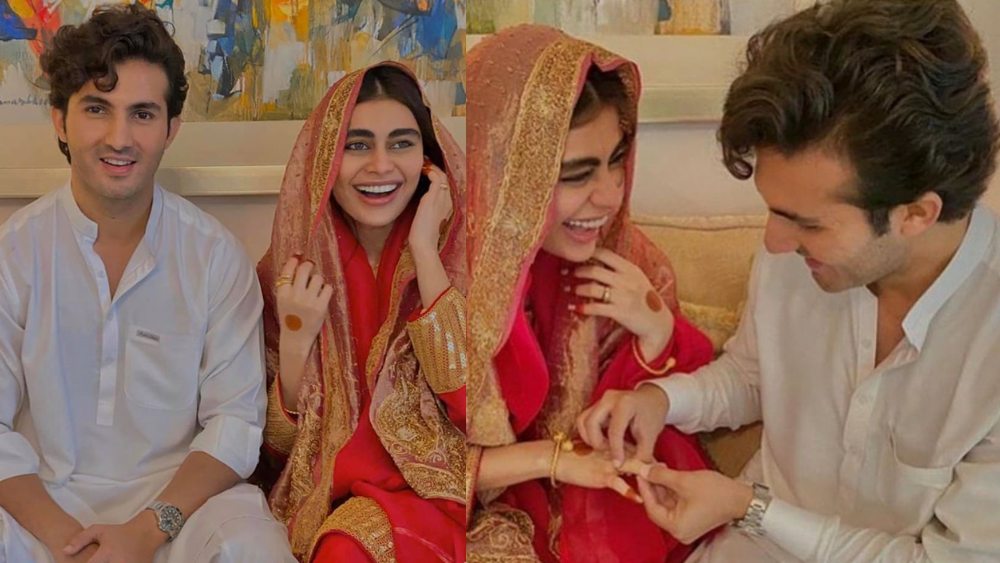 Sadaf Kanwal opened up about her marriage with Shahroz Sabzwari the son of veteran actor Behroz Sabzwari. Now her ‘marriage rules’ are also causing quite a stir.

In her appearance on a television talk show, when asked what kind of wife is the Kaif o Suroor item girl, her views were traditional. She believes in firm gender roles and feels the husband should be respected as a man.

“My rules are so simple that is, one should consider her partner as her husband. His status should be higher because a man earns and spends on the kids. I also earn but that’s what I cannot compare with what he has to do for the family.”

Meanwhile, Hassad actor Shahroz Sabzwai added that he cannot fathom a ‘woman’s job’. He somehow stated that’s their equality but people need to understand how men and women are granted different levels.

He then went on to explain that there are now two extremes. One being men who believe they’re superior to their wives. The other being women who say they are all that a man is. He believes both are extremes.

Did Hamza Ali Abbasi & Shahroz Sabzwari Blast Each Other Over Religion?

After making a name for herself as a model, Sadaf Kanwal had a cameo as Sharmeen Mukhtiyar in the movie Balu Mahi. She did an item song for Na Maloom Afraad 2. Later she had a cameo in the drama serial Alif.

Sadaf Kanwal is the granddaughter of senior Pakistani actress Saima Mumtaz and the niece of Nida Mumtaz.