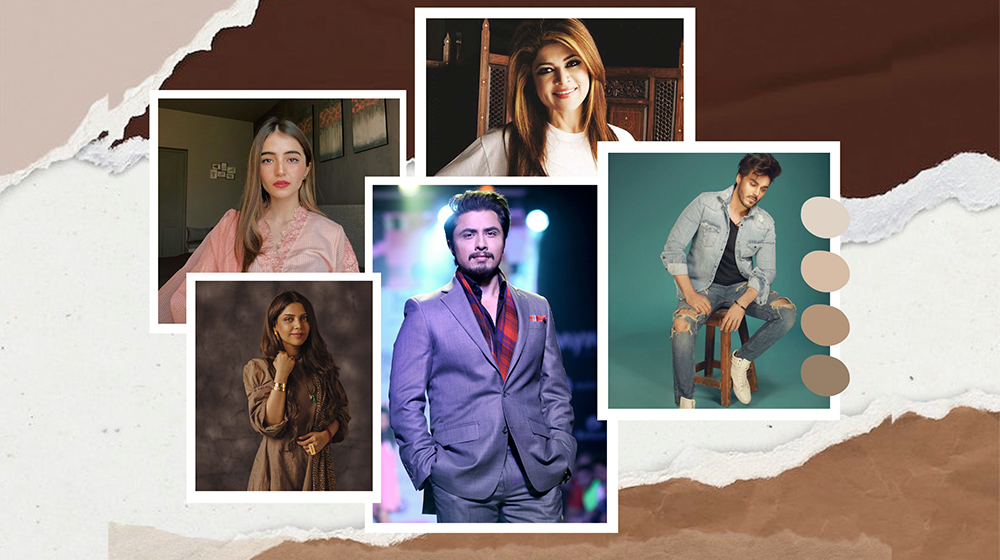 The recent news of a schoolgirl being tormented by her classmates in Lahore has provoked indignation and condemnation from celebrities all around the world.

Celebrities, social activists, and journalists reacted strongly on social media after a video of schoolgirls hitting a fellow student for refusing to smoke and drink went viral.

Hadiqa Kiani, the veteran actress, and singer was taking the viral bullying case seriously after her heart was crushed while viewing the video. She resorted to Twitter to voice her feelings, writing,

She also spoke about parents who did not perform their duties as parents because they did not know what was going on in their children’s lives, which caused them significant anguish. 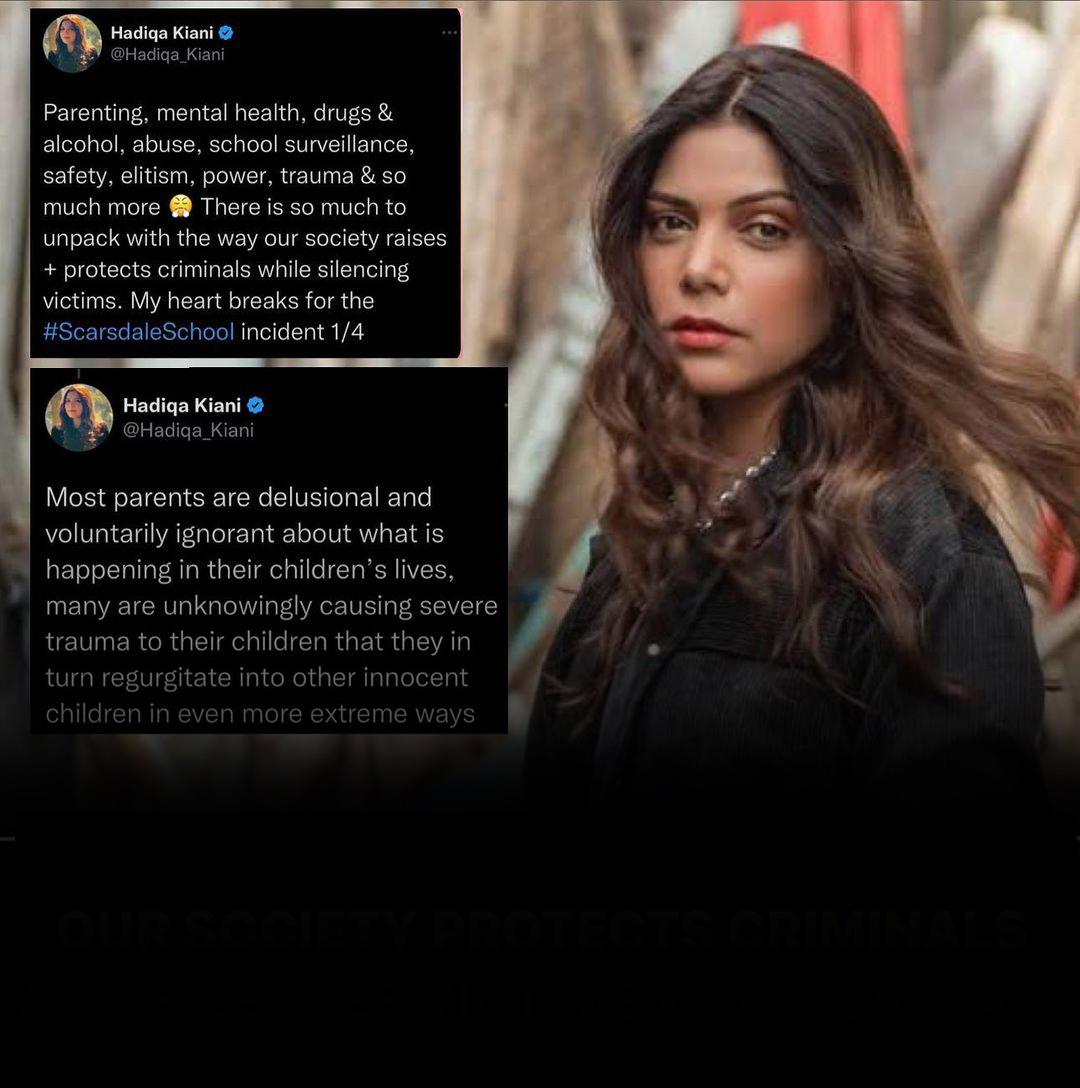 Mishi Khan, an actress, took to Instagram to deliver her message. “Our system has to be altered because it never permits any criminal to be prosecuted,” she said.

Weak system in which crooks get away with no consequences. It’s so infuriating and ironic, she lamented. Mishi described the scenario as alarming, shameful, and filthy.

Ali Zafar, a well-known artist, also uploaded Instagram stories and tweeted about the situation. He shared his experience with netizens since he, too, was bullied in college. 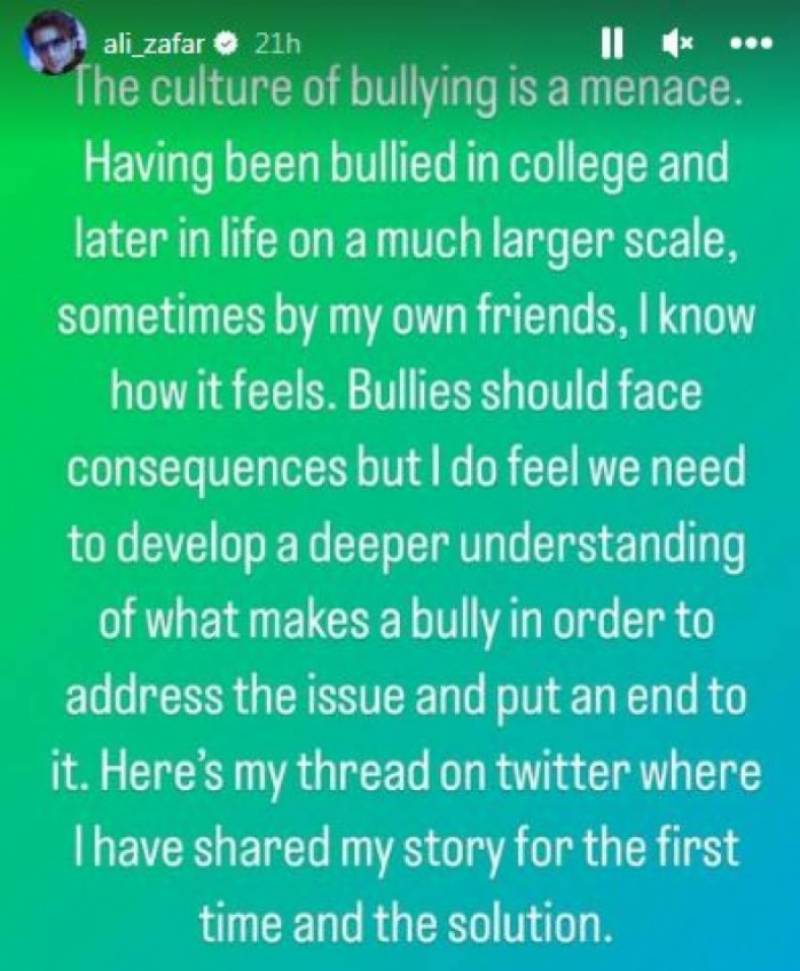 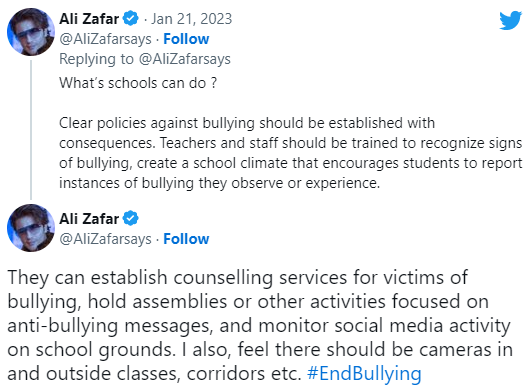 This is awful. I hope the victim receives justice and these snobby baba ki princesses are imprisoned.

Bullying is not cool, bruh.

“That’s not cool. When will our children realize this? And there were so many bystanders?,” she questioned. 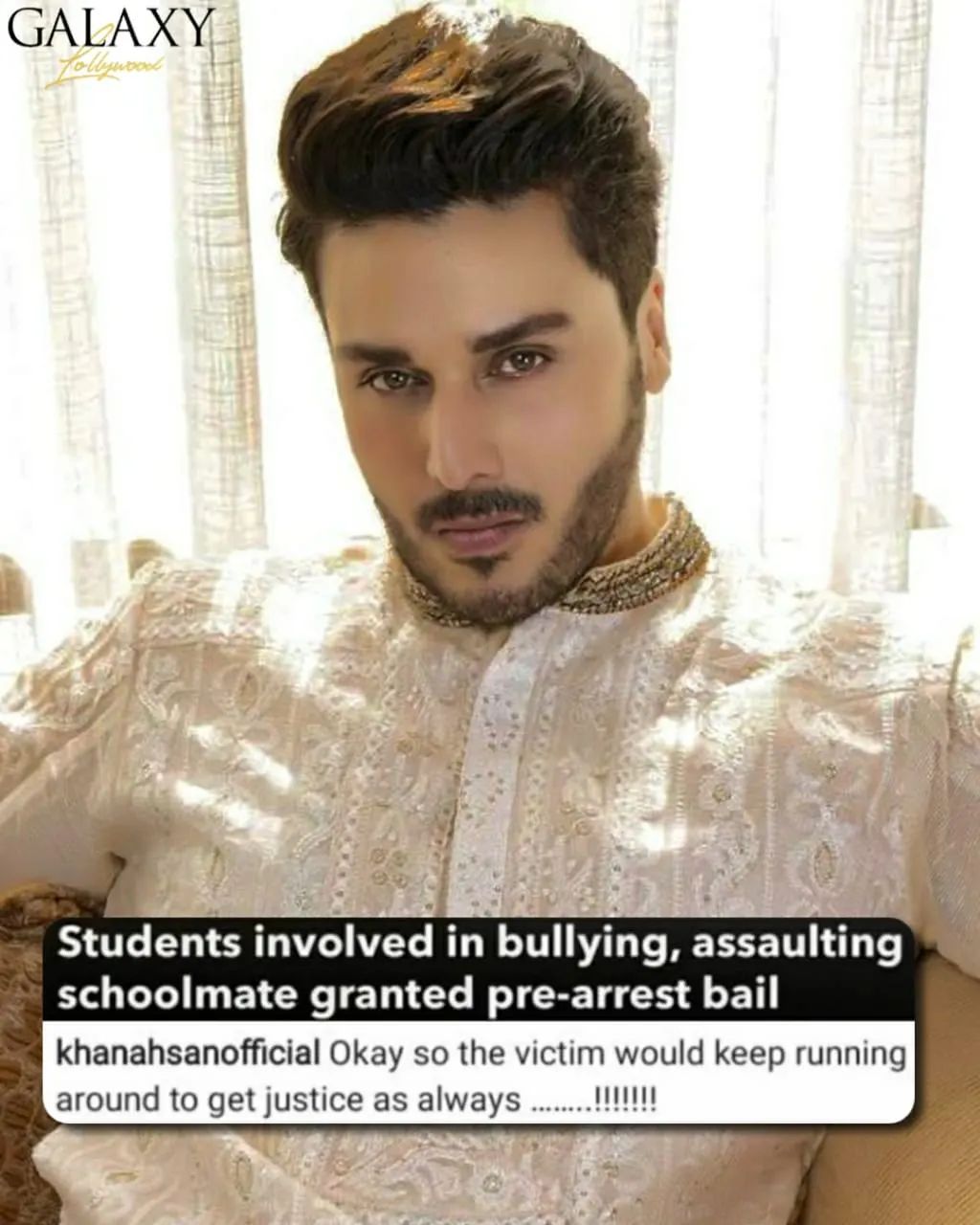 Ahsan Khan also expressed his anguish after learning that the pupils involved in bullying and assaulting classmates had been granted pre-arrest release.

Okay, so the victim would keep going about to find justice as usual. 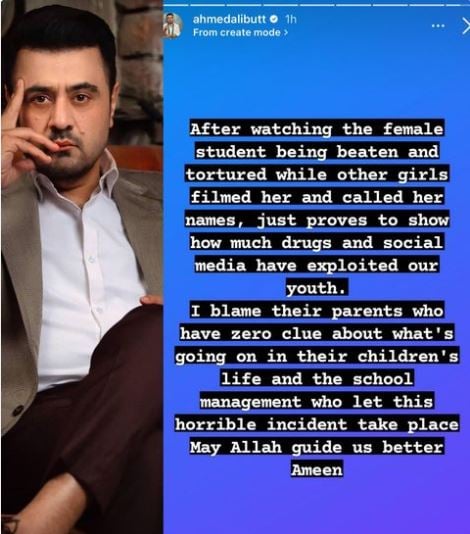 Furthermore, actor Ahmad Ali Butt stated his views on his Instagram story, blaming today’s parents for not caring about their children’s lives and the school administration for not taking serious action on the problem.