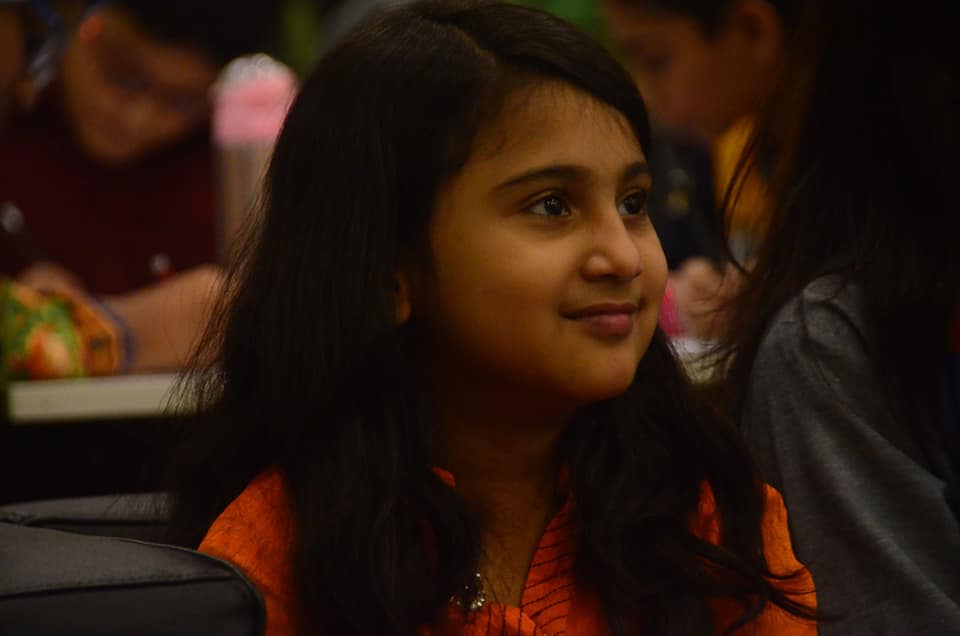 With the debut of internationally renowned environmental activists like Greta Thunberg, it’s no wonder 8-year-old Pakistani, Emaan Danish Khan is also passionate about saving the planet.

The Pakistani youngster has already figured out an interesting way to raise awareness about the dangers of climate change.

Emaan Danish Khan’s strategy to save the planet involves using a doll named Fizza and the age-old art of story-telling.

In an interview with thethirdpole.net, Emaan revealed she’s particularly concerned about plastic pollution.

“Of all the things what saddens me the most is the level of plastic I see in the sea and on our beaches, … All this plastic is killing marine life.”

Meet Saifullah Kashmiri, The Man on a Mission to Clean Up Pakistan

Fortunately, she has a plan to take on climate change. Her project, “Peekaboo“, has a mascot, a rag doll named Fizza. In Urdu, Fizza means environment, and the name was suggested by Emaan’s father.

“Fizza is nine years old, loves nature and wants to save the planet.”

“She is a little girl with a big heart!”

With Fizza, Emaan will take stories of climate change to those that will be most affected by it -children. The doll will come with changeable clothes and a storybook.

Her book will include stories written and illustrated by other children between the ages of 8-15. The children covered subjects such as plastic, ocean pollution, smog, flooding, deforestation, and glacial melt.

The book will include various superheroes, who help Fizza protect the environment, fight global warming and the menacing effects of climate change that are causing death, disease, and destruction.

Both the World Wildlife Foundation (WWF) Pakistan and the Ministry of Climate Change will provide the book with its seal of approval. So how does this help the environment?

Zunaira explained how this will raise money for activism and awareness.

““The revenue from the project will be used to create climate awareness talks and plays at school in the first phase in Sindh and then throughout Pakistan.”

They’re hoping to publish the book through crowdfunding.

8-years-old Eman is also a social entrepreneur. Her quest to save the planet started when she applied for a “Climate Launchpad (CLP)”, the world’s largest green business ideas competition.

Facilitated in Pakistan by Stimulus, and funded by the British Council, the competition helps bring to fruition ideas to “fix climate change one start-up at a time”

As one of the 25 short-listed people from 100 applicants, Emaan attended a 2-day boot camp and was mentored. However she did not make it to the top three finalists for the international competition. That was only the beginning of her journey though.

Hira Wajahat, a consultant with Stimulus and Pakistan National Lead for ClimateLaunchpad explained why Emaan was selected for her idea.

“Our team decided to take her in because her pitch was really good. While there were many who came up with ways of reducing plastic and turning it into a business, we marveled by her initial idea of ‘upcycling’ old toys and planting trees from the money she would earn from selling the toys, … Although her initial idea has changed a great deal, it fitted into our criteria of a positive climate action and business revenue generation.”

That’s where Emaan Danish Khan met Shaista Ayesha, who heads RISE, the incubation program for creative social enterprises where Emaan is being mentored.

“She was honest, and for her age, very passionate about a cause,”

We wish Emaan the best of luck with her endeavor.