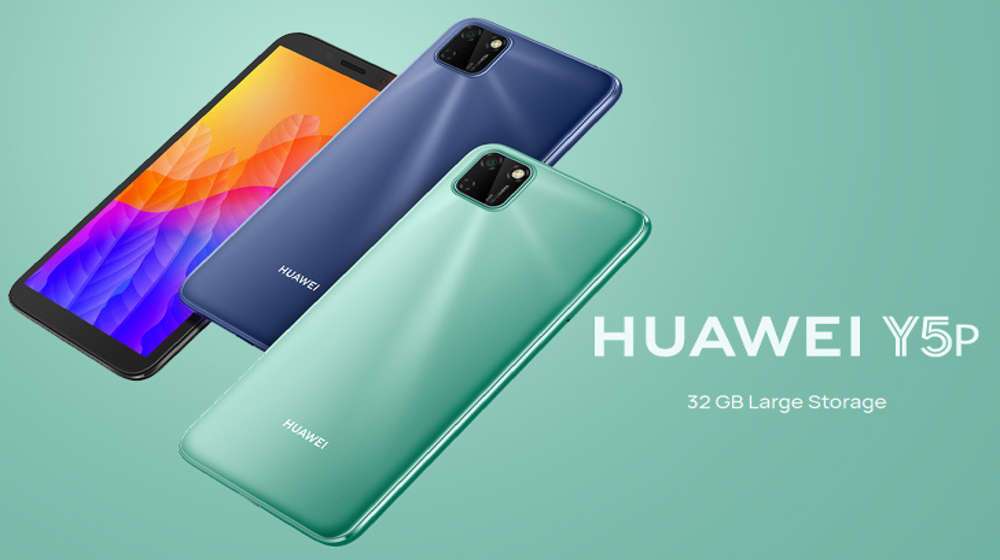 Huawei Y5p: Is it the entry-level champ?

It is no secret that Huawei has been making some of the best smartphones in the industry. Huawei has been present in all price segments, and their devices are mostly worth considering. The Huawei Y5p is one such smartphone, selling for just PKR 13,999. So here’s what we think.

Huawei Y5p is made out of a plastic body that has a 73.8% screen to body ratio. There is a 5.45″ LCD panel with 720 x 1440 resolution and PPI density of 295. There is nothing impressive when talking about the display. The overall design is also fairly outdated. There is no notch, and the back of the phone can get smudges quite easily. The viewing experience is average, and the colors are nothing to write home about.

Huawei Y5p is powered by Helio P22 (12nm) chipset, which is not the most powerful one out there.It can still perform all casual operations one can expect from a phone at this price. Huawei Y5p has 2GB RAM and 32GB eMMC 5 internal storage. Video games like COD Mobile and PUBG will not run as smoothly as you want them too. The mobile will start to lag a bit while running intensive games even at the lowest settings. If gaming is what you need, then you might want to up your budget a little.

The device has a single 8MP camera on the back with an f 2.0 aperture. The camera does support wide-angle shots. As expected, the camera suffers the most at this price point, pictures are not crisp or vivid. The portrait mode struggles to focus and blurs out the background a bit too much. The front camera has a 5MP shooter which captures enough detail that you might expect. Pictures are not too good looking or detailed, but they get the job done.

The smartphone comes with a 3020 mAh Li-Po battery. It might not look too good as far as numbers are concerned, but it will be enough for the low PPI density LCD the Huawei Y5p has. There is no fast charging and the phone charges through the older USB 2.0 port.

While the Huawei Y5p does have Android 10, there are no Google Play Services available here. The phone ships with the Huawei App Gallery, and it will be the go-to place to download applications. If some app is not available here, users can always get it from third parties or install Google Services.

Huawei Y5p is an entry-level device, there are some better options at this price point but they won’t exactly blow the Y5p out of the water. If you are a Huawei fan, this device is fine considering the price tag.