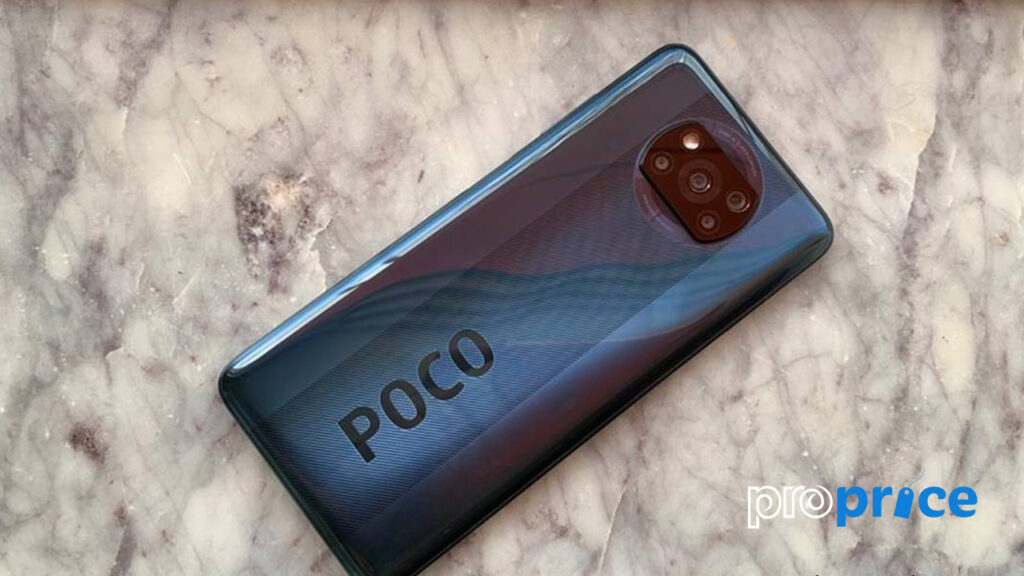 People often ask us to show them phones that are affordable and deliver on the value-for-money proposition. Here we are from that standpoint with a phone from POCO, a company that sort of started that conversation for ‘flagship specifications for a lot less money’. Since POCO first made the declaration of sporting a spec sheet that contains top-tier SDM chipsets for a lot less money, the POCO X3 is their next big play!

So, it’s a flashy back on this thing – the POCO logo looks fairly substantial, so if you want to rep the brand, you can see it’s clearly there. There’s a tribal-diagonal linearity thing going on in the middle with the Cobalt Blue color reflecting everywhere. The whole thing has a really premium feel to it, so full marks for all the neat stuff!

Starting on the outside, the device has IP53 splash-resistant rating and a plastic back. The handset we received has a Cobalt Blue color with a greyish-hue theme going on at the back. The phone has a 6.67-inch FHD+ Dot Display LCD with a smooth 120Hz refresh rate and a 240Hz touch sampling rate.

There’s a tiny punch-hole camera in the top-middle and the bezels are quite for a spec sheet this great and a price so low. A capacitive fingerprint sensor is mounted on the side which doubles as a power button. The back houses a large quad-camera setup in an almost rectangular cut-out.

The camera cutout isn’t fully circular – there’s a circular indication with the design but then the camera unit itself is kind of an unusual shape.

In the beginning, it was a fairly snappy experience with the display. After checking the default display settings,  we found the device set at the 120Hz refresh rate out of the box. Quite a surprise there!

You get the latest version of MIUI 12 fresh out of the box on top of Android 10.

POCO X3 sports a quad-camera setup in the rear. There’s a 64MP main sensor, including 12MP ultrawide, 2MP macro and 2MP depth sensors. The only thing missing here is the telephoto lens, but you won’t feel the need for it. The quad sensor comes loaded with features including long exposure, night mode, image stabilization, and more.

The front camera inside the punch-hole cutout is a 20MP selfie shooter. Both the front and back cameras support 4K video recording at 30fps.

Battery, Price and Availability in Pakistan

The massive 5160mAh battery supports 33W fast charging and fills a 0-100% green knot within an hour at best. The fast charger is included in the box. We tested COD Mobile with this one; there wasn’t any substantial loss in power there.

The Xiaomi POCO X3 retails for an early-bird price-tag of PKR 41,000. The phone will be retailed at PKR 42,000, once the honeymoon wears off!

POCO X3 packs some serious flagship-style features like a 120Hz display, which frankly is nuts. A few things could’ve been better like the selfie camera, but overall, it looks good. We call it the ‘midrange flagship’ with a good price and almost a fully unpacked performer. Watch out Huawei!

Honor Band 6 With An Extra Tall Display Launches Next Week

Microsoft’s Smart Cloth Can Identify What You Place On It