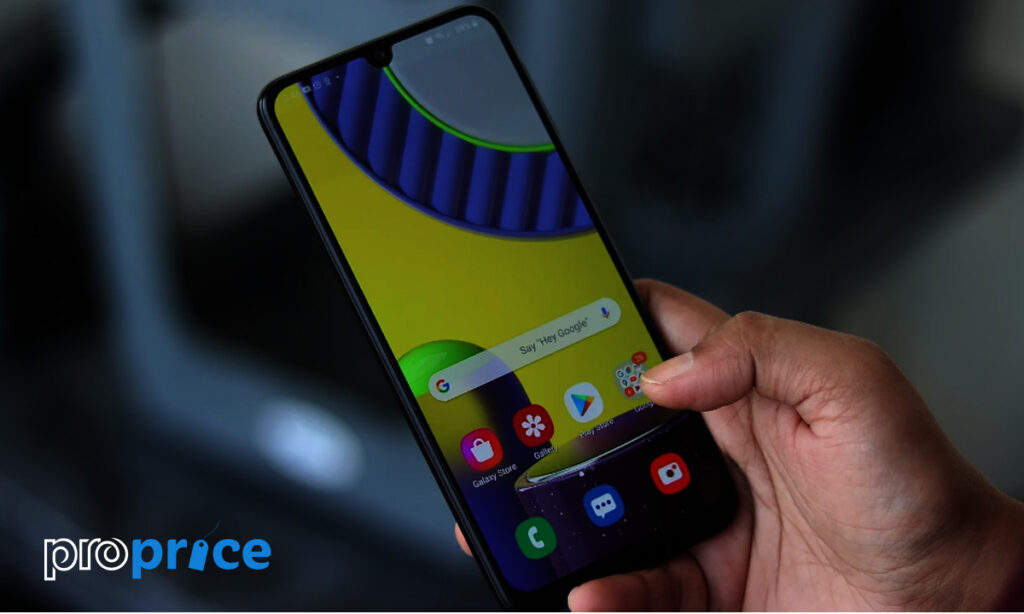 Samsung Galaxy M31 is boring without its quad camera!

There’s no back-cover in the box. This phone has a plastic back that has an oily feel to it; expect smudges and some extra cleaning duties on the new Samsung Galaxy M31!

Sporting an encouraging 6.40-inch FHD+ AMOLED display with a 1080×2340 resolution and 403 PPI density, Galaxy M31 looks like a good phone from the outset. Colors look good; there’s a nice shadow element while streaming videos at Samsung’s standard 60fps settings on the budget-line.

The Galaxy M31 comes in Ocean Blue, Space Black and Red colors. Weighing around 190 grams and sporting a plastic back, the phone doesn’t have a nice feel to it. Expect to deal with smudges; the fingerprint sensor is rear-mounted, so it gets very irritating if you choose to unlock your phone with it. If you buy the Space Black variant, scratches are quick to appear.

Galaxy M31 runs on Android 10 integrated with Samsung’s One UI 2.1. Sporting an Octa-core processor with Exynos 9611 and a Mali-G72 GPU, the phone doesn’t work as fast as other phones in the same price category. Galaxy M31 comes in two variants – 6GB RAM/64GM ROM and 6GB RAM/128GB ROM. There’s a dedicated microSDXC slot for memory extension up to 1TB, and a modest loudspeaker setup without noise-cancellation.

Don’t fall prey to technical jargon here; the phone stutters after on-screen time exceeding 60 minutes. Multi-tasking goes haywire despite the 6GM RAM support. In terms of security, the fingerprint sensor is quick; face-unlock however disappoints. If you try unlocking your phone at odd angles, the detection software doesn’t work.

If you’re a heavy smartphone user, forget about playing big games like PUBG and COD Mobile; the GPU lags support after 20 minutes of in-game play.

The Galaxy M31 comes with a big 6000mAh battery that works long hours without charging. The phone has a screen-on runtime of 9 hours, so you can go without charging your phone for at least 24-36 hours with normal usage.

The phone supports fast-charging, but it takes at least 2.5 hours to charge from 0-100% with a standard 15W fast charger.

The display is awesome, daytime photos are good, and the battery works fine. In terms of performance and the price-tag that comes with it, the Samsung Galaxy M31 is a modest phone that falls short of much competition for phones in the same price-category. Retailed at PKR 47,999, M31 is a good phone with more cons than pros. Try Realme or Huawei, if you’re looking for a mid-ranger with flagship specifications!