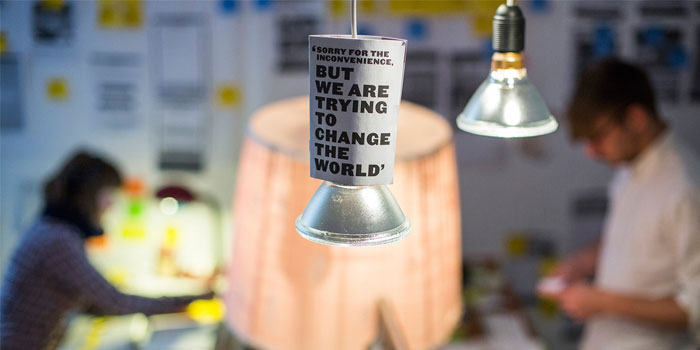 This piece is a response to the recent article by Mir Muhammad Ali Khan. I have followed with interest, comments and views on his original post and on ProPakistani, as well as follow up posts and comments. My experience in banking has taught me never to ignore risks or words of caution, be it in my personal or professional life. So, when I came across the piece on ProPakistani, naturally I read it carefully. However, my concerns soon turned to dismay as I realized that he had made assertions which distorted the image of many who are working tirelessly to build a startup ecosystem in Pakistan.

It is coincidental that I write this response from Santiago, Chile. This country from ‘the Andes’ is the poster child of the capitalist model of growth which Milton Friedman described as the ‘miracle of Chile’. To put some more context, Chile’s GDP per capita stands at roughly $13k compared to Pakistan’s $1.4k. Therefore, comparing Chile to Pakistan is quite a stretch; but it is not why I mention it. In 2010, the Chilean government launched an initiative called ‘Start-up Chile’ (an accelerator) which attracts startups from across the world (Pakistani entrepreneurs, please take note) to come to Chile to setup operations for all of Latin America, offers mentorships and more importantly, hard cash without any equity.

In the past six years, the Chilean government has spent $40m supporting the initiative. Yet the program had its shortcomings: with a lack of seed capital investors in Chile, many ‘graduating’ startups moved to US or Europe. To fix this, Chile set up another fund to make sizeable investments to incentivize start-ups to stay in Chile. This is important because startup ecosystems don’t spring up themselves. A report determined in terms of financial benefits, Chile has not gained much but the real learning has been knowledge sharing and kick starting an entrepreneurial culture in the country.

Entrepreneurship is the vanguard of economic progress in this age and governments around the world want to capitalize on the opportunities they offer. While entrepreneurship is not limited to IT and digital services, the primary attraction for the latter is the growth of internet and mobile usage across the world as well as minimal investment requirements compared to conventional brick-and-mortar businesses. Therefore, if the Punjab government has facilitated the growth of incubators/accelerators, it is a step in the right direction.

The author seems to object to the idea that professors and executives from multinationals are running or managing incubators. I am currently enrolled in an MBA program in the US, majoring in entrepreneurship. Professors in my school may not have entrepreneurial experience (some actually do) but have decades of experience researching and advising startups to understand what clicks and what doesn’t. In fact, the advice for budding entrepreneurs is to work in large corporations for some years before jumping into startups to learn the art of running and growing a business, because essentially all startups are businesses.

One of the world’s leading startup incubator, Y Combinator, also takes in batches of start-ups for 3 months each and mentors them for success. However, there is no guarantee for success. Failure is inherent in entrepreneurship. Reid Hoffman, co-founder of LinkedIn, initially tried to build a matching-making site using logic but after numerous iterations landed with LinkedIn. Investors appreciate this as well.

Recently, a team of investors decided to back the local startup Patari. I happen to be one of those investors. In the past few months, we have spoken to tens of startups and have found maturity and promise in enterprises that have graduated from incubators. In fact Patari was incubated at Plan9. Being incubated isn’t essential for success but those entrepreneurs with limited business acumen can benefit substantially from the mentorship and exposure they get at such platforms, especially if they are fresh out of university.

While incubators can help get business ideas off the ground, world over, incubators are not responsible for scaling or growing the business: that is the entrepreneur’s job. And this is also where seed, early-stage and venture capital comes in. All across the world startups raise capital to fund their growth. Careem just became a unicorn on the back of $350m raised through investors. Should we question Careem for not expanding through its own revenues?

This bring me to comments in the article about start-ups being unconcerned with growth and unable to expand on their own. Based on our team’s interactions with many entrepreneurs, I can confidently categorize these as sweeping generalizations at best. Pakistani entrepreneurs are driven and striving for growth. Their ambitions are only limited by the constraints of our ecosystem and infrastructure. Investing in startups is more an investment in the people than the products, and like Team Patari, we have found several other teams whose stories, ambitions and sense of purpose have left us in awe.

Additionally, not all startups we spoke to are looking for external financing but if all businesses could expand based on their revenues, the need for the finance industry would cease to exist. Working capital requirements, greenfield projects and marketing spend are only a few examples of why businesses and startups raise capital and why investors exist.

In the end, I would like to add that Pakistani startups are doing a phenomenal job given the circumstances. Payments, lack of sizable user base, propensity to pay, minimal ad revenue are just some challenges these startups face everyday. However, things are looking good for the ecosystem.

In 2013, when I was part of team which launched Pakistan’s first mobile banking app, Breeze, there were no 3G/4G services in the country. Startups would approach my bank every day for payments integration with our online banking platform. Today, there are approx. 40m 3G/4G users in Pakistan and many businesses are using the likes of EasyPay and online merchant accounts to receive payments.

Building unicorns takes time and patience. India’s IT boom did not happen overnight. It took decades of investment in education and infrastructure that resulted in growth of tech in India. We are only beginning that journey now. I am sure Mr. Khan meant well but I request him to have the same faith in other Pakistanis as he has in himself.

The author is a former banker. He tweets at @truck_wala