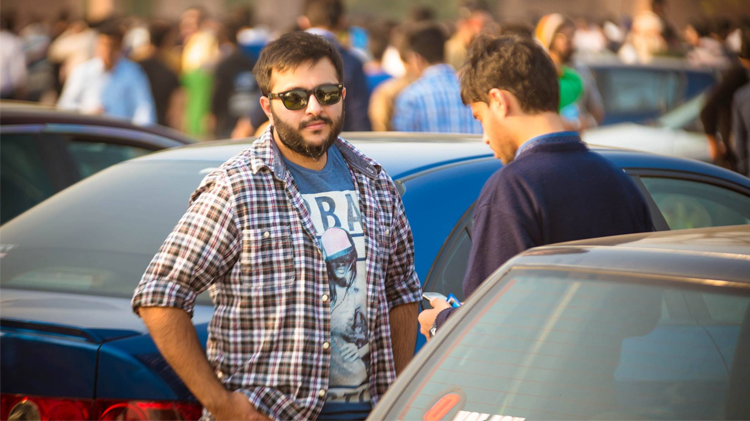 A man’s journey begins as soon as he enters into this world and continues until he descends into the grave. Every second that passes, every breath that we take brings in new adventures, ones that must be experienced.

Today, I am going to open the doors of my life and welcome you to experience my story. It’s a young lad’s journey who was on his own and had little to spend and how he went on to become a happy self-taught tech entrepreneur.

Chapter 1: Start of My Career

In order to do something of my own I took a job at a call center. I had to make several cold calls in order to gain something. Although I was clumsy at English, I didn’t lose focus of the task at hand. I ended up selling a ton of stuff to native English speakers. They didn’t really need them, as it goes with all cold calls, but but somehow I convinced them to buy.

This was one of things what would later go along with me and be part of my success, as the marketing skills I had developed during my time at the call center were the prime factor that helped me in selling my product and making it attractive for even the first timers.

This was the first time I realized how good I was at persuading people, I felt like I could convince anyone to buy whatever I’d sell.

Two months and a lot of cold calling later, I was now enrolled for pre engineering at Forman Christian College. What a lively place that college was! The building, the nature , the people, it was all amazing. My love for FC will never die.

I was living on Rs 500/- pocket money per week. One day while browsing on the internet I saw an ad which most of you may have been quite familiar with now “hazaar rupay mein apni website banwain”.

Online scams weren’t a common thing back then, so I took a chance, called that person and deposited “udhaar ka hazaar” in his account and then a horrendous thing happened: the man never picked up my call again, as if I was stranger trying to hit on him.

I was in a Rs 1000 debt now and was beating myself over my naivete, my “bholapan”. But this guilt didn’t stay too long and soon transformed into my curiosity to find out what he was supposed to do for me and how he was going to do that. My love for web and technology was just blossoming. I started finding out more about it like a true “majnu” and reading Spider and @internet magazines became a routine.

This is when I came across an ad on a magazine, “web hosting and domains” for Rs 1300/ year. As I was already in debt and couldn’t afford Rs 1300 ( you can imagine the financial crises I was in) so I had to ask my friend for it, which he did without a peep.

The Sales guy at that company managed to persuade me into buying a reseller plan costing 20,000/ year. Trust me I didn’t even know properly what web hosting was and I ended up with an unlimited reseller plan.

The only thing I had to do was realize what I was supposed to do with it, and then it suddenly hit me. I opened MS Word, typed “Get your personal website today with .com domain and web hosting at just Rs 2500/year” and got it printed. I placed the ad everywhere at my college.

I could never have imagined in my wildest dream that students would want to buy websites from me, I started getting calls from the very first hour and guess what, I sold websites worth Rs 25,000 in my first day.

This is how I made money for the first time as an entrepreneur and it was the best feeling ever. Oh and by the way, I was just 15 by then and I didn’t even know how to make those websites which I claimed I would. I was only good at persuading people, remember?

But unlike the guy who cheated me, I actually started learning HTML from online videos and fulfilled all orders within given turnaround time.

My hidden potential which was encrypted inside me was now decrypted. I knew what I wanted to do and my determination and destination was finally channelized and synced in the same direction.

By 2007 I had over 200 clients and a potential to create a proper web hosting company. I couldn’t let this opportunity slip away, I sold my car which my dad gave me to commute during my stay at college and my ever so beautiful and caring mom contributed by selling some of her jewellery and that’s how HonexTech came into being.

Managing HonexTech was an amazing experience. It helped me to acquire a plethora of skills like Search Engine Optimization, business acquisitions, dealing with clients, blogging and teaching. My horizons were expanded now and I had found a leader in me and was managing over 2500 customers.

But as they say, good times don’t last forever. On one sad day in 2011, I had to sell my company because my younger brothers’ lungs collapsed. He was suffering from Duchenne Muscular Dystrophy. Though the time in hospital lasted for just 3 months, it felt like centuries. I used stay in hospital during nights.

Even though I didn’t make much by selling my first company but whatever I had was spent in paying medical bills of hospital (I had no guilt about it because family is the most precious treasure one has). Now I had to think about how could I get back into the web world. I had no money, my brother was sick in the ICU and I had to do something for him.

That’s when I entered the world of professional blogging. I registered a new domain (TipTopTens) with the only 2000 rupees I had. I wrote my first blog post with the passion to rise again and to make a name for myself. A friend from university contributed with me along the way. I was working from hospital and in just 2 months we were getting more than 50,000 readers a month.

We now had the money. Ans, my brother, was discharged from hospital and was living under intensive care with 24/7 nursing at our own home. My hard work never stopped and within a year we crossed the 1 million readers mark and were making $10,000 to $15,000 a month. Then misfortune struck my blog and owing to an amateur mistake from one of our writers, we got banned from Google Adsense for copyright issues.

It felt really bad, I never anticipated that happening but it was what it was and didn’t surrender. A whole new chapter was about to unfold in my life. I wrote a sales pitch for my website and posted it on Flippa and that’s how I sold my first blog for a brain popping $125,000 to an American buyer. This is how I turned Rs. 2000 into Rs. 2 crore within a year. I also won Flippie award for selling best blog of the year 2012.

I had enough money on my hands now and was ready to live and enjoy my life for myself. I could easily buy a sports car and some property (a typical Pakistani move). I invested most of my money in property and gave the rest to my dad in order to manage the household affairs.

Life is never smooth though and I faced plenty of hurdles from getting screwed over by an online hoax worth 1000Rs in the beginning to losing almost $72,000 on a Google penalty. But in the end I sold over $500,000 worth of websites online and did everything which I wanted to do.

From having just Rs 500 for my pocket money, I had earned over half million dollar revenues from 100 blogs. I realize that things don’t always remain the same once you decide to be the change you want to see. I spent countless sleepless nights to get where I am today and I feel grateful for the fact that I was tested by time and nature since they made me the person I am today – a happy self-made tech entrepreneur.

Chapter 3: Unfolding the Next Chapter

I used to be a bulky and obese kid. It’s been something that’s plagued my all my life and it has proven to be very detrimental for my health.

I felt uncomfortable in doing any physical labor and that made me feel unproductive in household chores. It was one of my shortcomings and I hated being a burden on anyone, especially myself so I promised that I would lose weight in 2014 and with sheer motivation and determination I fulfilled my promise like a true friend.  I lost almost 55 KG.

During that time I realised how hard it actually is to lose weight. That’s how another idea struck me and that was to help people lose weight in a more meaningful way.

Initially I started helping people lose weight for absolutely free and managed to produce great results. Last year I started working on options to make it a viable and a sustainable business model, from which I could generate some money while helping people with affordable solutions and increase the reach of my program and that’s how I came up with Nutright.

I’ve been working on this idea for 9 months and we are due for beta launch of Nutright at the end of May InshAllah. Nutright is a web and mobile app that provides exercise and diet based weight loss and maintenance programs by connecting professionals to end users using technology.

As a CEO I’m fully devoted to Nutright and have been bootstrapping it ever since. I don’t know what the future holds for me but let’s keep our fingers crossed and hope for the best.

Things You Can Take Away From My Experience

If there is one thing I want you to take away from my experience, it is that one should not be afraid of failing at something. If you don’t face failure in life, you will never get a chance to make yourself better. It will not only make you stronger but will also help you unlock your hidden potential. But to achieve all that you would have to fail at something really bad.

Everyone should get punched in the face at least once in their lifetime. Getting punched hurts, but not that much and eventually you will get over the pain but next time you’ll think twice before repeating the same mistake. A year from now, everything you’re stressing about won’t even matter. They will fade away into obscurity and the only thing that will be left will be you. You are the champion. You are a leader. Take that potential out and show the world your worth. Rise and grind my friends.

Umar Majeed is a self-made tech entrepreneur with years of experience in digital marketing, establishing websites and selling them.