A month ago or so Interior Ministry of Pakistan came up with a solution to curb illegal sale of SIMs by directing cellular companies to send SIMs directly to postal addresses instead of directly selling them at franchises or other outlets.

This was an extreme action that could be taken, and apparently cellular companies succeeded in not implementing the practice. But now, there comes another directive to stop selling pre-activated SIMs, and this time Senate’s Standing Committee on Interior has passed these directions to PTA to be implemented with immediate effect.

Business Recorder has reported on this and says that standing committee had a meeting with Chairman PTA, Chairman Nadra, Ministry of Information Technology and conclusively directives were passed to PTA to ensure the end of sale of pre-activated SIMs within four weeks.

So now expect deactivated SIMs from stores when you buy them, and you will have to activate SIMs by providing your verification and providing a secret code. Cellular companies are yet to reach a point to follow the practice.

So this was about this particular development that took place. Now let’s discuss current situation of illegal SIMs. 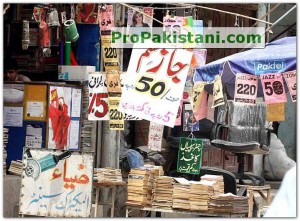 I have previously written about the illegal sale of SIMs and measures taken by the government and cellular companies to resolve the issue. But seems like we are in middle of no where… you would be wondering why I said so? Okay read on to know this

It has been told to media that cellular companies have blocked around 7.1 million unregistered and unauthorized SIM cards of different Cellular-phone Companies issued till April 31, 2008, besides thousands have been verified and registered.

Out of these 7.1 million blocked SIMs, a victim was one of my friends who had been using his SIM for almost three years. He believed that SIM was registered in his name, and there was no good reason for blocking it. Anyhow, he can get a new SIM, not a big deal, but when he called his bank to activate his credit card for shopping online, (you may know that normally credit cards are not allowed to be used online, banks activate this service on request) they asked him to call from the number that was associated with credit card , or they will not activate him the service.

He even spoke to their TL (Team Lead), and told them that his registered number has been blocked and he can not call them from that particular number, but his pleas were put over deaf ears… and the response was “Sir, this is part of our policy, and we can not help you even our bank president asks us to do so”

This is one known complexity out of many unknown, if we kept on blocking these SIMs. I windup my post here, leaving a question open… that is “Is there any Ideal Solution for the situation created other than re-registering all numbers??? “