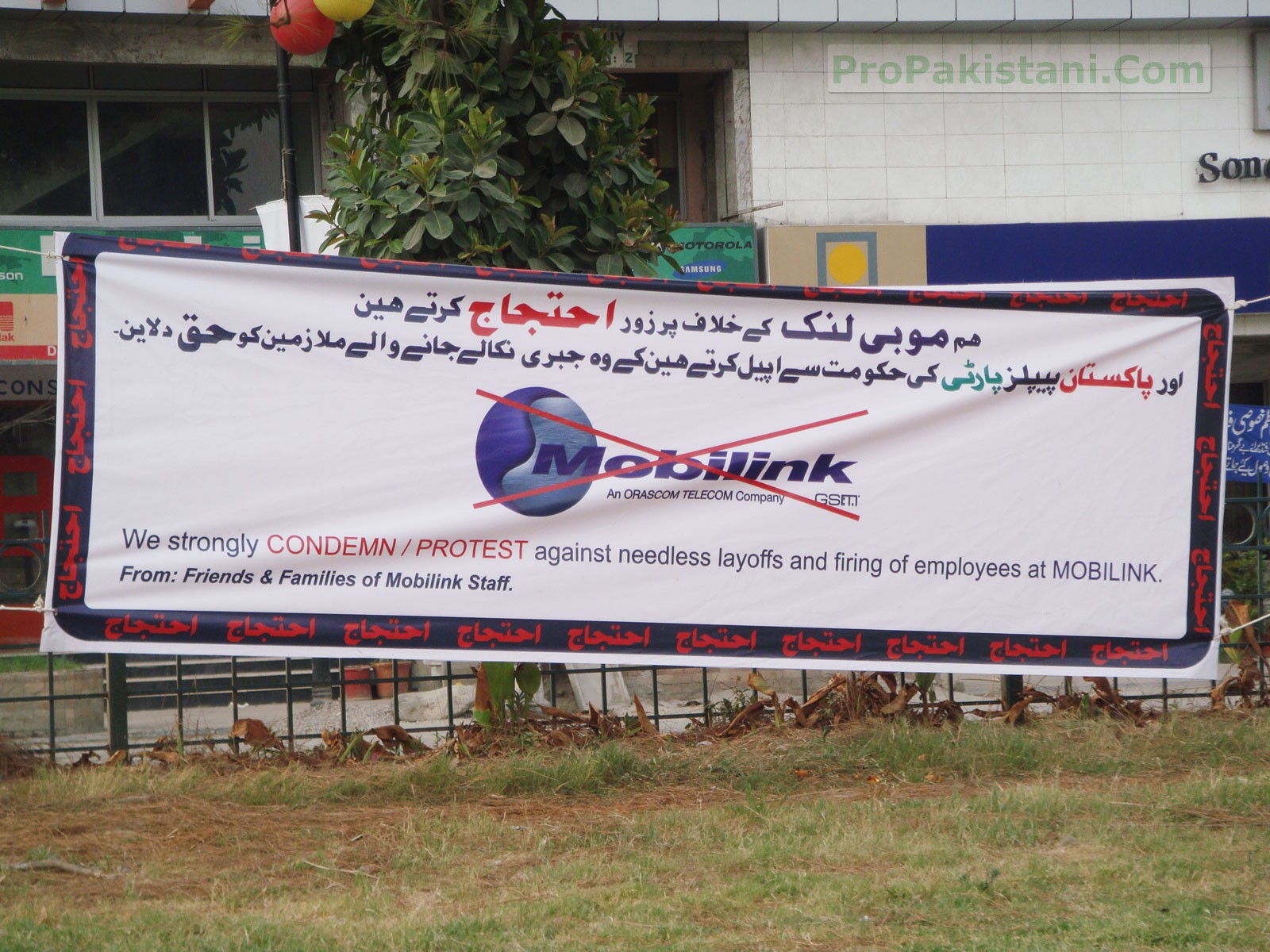 Further to the first downsizing phase in Mobilink, which created some unrest among all the employees, our inside source have told Propakistani that President of Mobilink has held meeting with the top performers of Mobilink. He conveyed that Mobilink is only sidelining the bad performers and top performers need not worry in any case.

Next six monthly appraisal is knocking on the doors and there is a plan to further decrease the head count based on the results of the performance appraisals.

Every employee of Mobilink is worried at the moment because when you fire a gun-shot on the flock of birds then you can not choose which bird should fly and which bird should not. Every bird will run for escape of his life, similar is the case with employees if company wanted to sideline the bad performers then definitely good employees will also run for escape because their safety is not guaranteed whatsoever due to idealism and favoritism which is a reality of Mobilink management.

On other hands, those who were fired are protesting – here is an example in shape of a banner that was seen in Blue Area, Islamabad. Mobilink management responded quickly for getting these banners removed – But we got a chance to shot it before that! 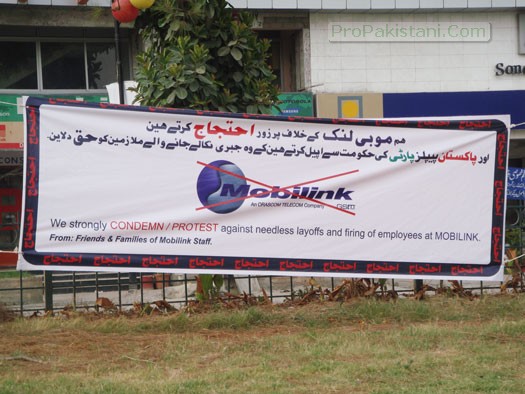