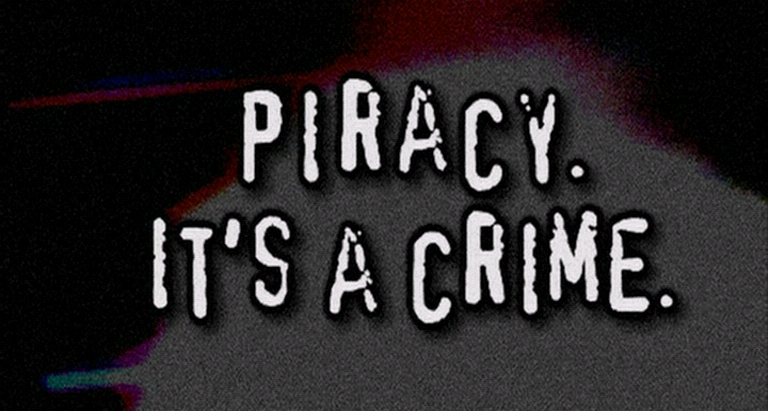 Virtual piracy isn’t just something that is popular is Pakistan; it is something that our society relies on for day to day work. From software piracy to video game piracy to movie and song piracy, it is present in Pakistan in all forms. Piracy is a crime. We have to deal with it

Virtual Piracy is not regarded as being something wrong because it is entirely different from the basic idea of theft that we all have. It does not involve barging into somebody’s house or shop, taking them on gunpoint and robbing them off their valued possessions. What we need to understand is that developing computer software requires effort. Thousands of people spend thousands of hours working to develop these software that we use without any hesitation. If we just steal these software from these engineers, we are robbing them off their hard earned salaries and profits.

I once argued on the same principles with a school teacher. He replied that as these massive corporations have inflated the price of these software and it is totally understandable and justified for people to steal these software. This is like saying that it is okay to steal cars from a rich person’s house for transportation. How come such a person can teach virtuous deeds and truthfulness to kids?

Microsoft Windows, Microsoft Office, Microsoft Visual Studio, Adobe Photoshop, Corel Draw and all anti-virus software represent the small number of software that we download or buy illegally and use without hesitation. Educational institutes ask students to obtain illegal copies rather than distributing student licences. Hardly has any society shown such nonchalant behaviour to theft.

What can be done to stop this theft is to encourage people to adopt free and open source software. Windows is not the only Operating System one can rely on. Linux presents us with a very suitable alternative. It is easy to use, readily available, free of cost and above all more secure. Most utility software are also available for use on Linux and it is growing by the day.

As for office documents, OpenOffice.org is not just the best alternative, it is nearly as good as Microsoft’s product. It is compliant with the OpenDocument format and Microsoft’s formats as well. It has a word processer, a spreadsheet application, an application to prepare presentations and other utilities as well.

Let me give a few examples. The French Gendarmerie switched 70,000 systems to OpenOffice in 2005. Vietnam’s Department of Education moved its 20,000 computer systems to OpenOffice. The Postal Service of South Korea moved its 4748 desktop systems to Linux in 2005 saving 680,000 Euros. The Singapore Ministry of Defence uses OpenOffice on 5,000 desktops. The Election Commission of India is using OpenOffice, so does the Supreme Court of India and local language versions have been distributed among the population in millions.

City Councils of Berlin, Birmingham, Prague, Bristol, Munich and Vienna, Finnish Department of Justice, French National Assembly and Bangkok Airways represent a minuscule sample of the organizations and governments that have shifted to OpenOffice and some have adopted Linux as well. These organizations saved huge costs of adopting commercial proprietary software and by no means have they committed any acts of unauthorized copying of computer software.

The small computer shops opened in every nook and corner of the country are making large profits from these illegal acts as well. The labourer who works all day, the carpenter and the forger at least earn their money through legitimate and halal means. These small shops do not benefit the society in any way. I am also amazed at the fact that people think that there are geniuses sitting in Karachi, who have made these software available to them.

For their sake, I would like to inform them that the online “warez scene” comprises groups of people competing with each other in reverse engineering skills, trying to break software licenses as fast as they can. They are not doing it for any commercial purposes. Imperial Market, Hafeez Centre, Rainbow Centre and the hubs where people download these cracked versions, burn them onto a Rs. 10 DVD and sell them for Rs. 100. Such a person does not have a right to earn money in any society.

When Microsft Pakistan, in collaboration with the FIA Cyber Crime Division, carried out raids and removed these software from the racks of such shops, the protest banner read, “We strongly protest against Microsft’s brutal acts”. Truly said, “ulta chor kotwal to dantay”. The Intellectual Property Organization of Pakistan (IPO) is sleeping. In a society where there is nobody to protect intellectual rights, Ingenuity, Research and Development can never be promoted because the original idea will hardly bring any profit.

The solution lies with Free and Open Source Software. Nevertheless, Microsoft can reach an agreement with the government, whereby the people are encouraged to buy proprietary software instead of pirating them. This can only be achieved if Microsoft sells these software at rates affordable to the average consumer instead of the international rates. Microsoft is already selling software at a much discounted rate in Far East Asia and it can do the same here. In my opinion, Rs. 250 would not be harsh for the Home Edition of Microsoft Windows, and Rs. 200 for Microsoft Word and PowerPoint.

If we do not defend the intellectual rights of organizations or individuals, we will never be able to produce an internationally acclaimed product. We will remain a labour house, rather than becoming an industrial power. All of us have become thieves and dacoits, without most realizing what they have done. We have to change for the better.

P.S. This document was prepared on OpenOffice Writer 3.1.0. Download it here