Orascom Telecom has announced that its net profit for the first half fell about 30% as income was affected by unrealized foreign exchange losses and losses in Pakistan.

Group statement said that revenues for Mobilink decreased by 21% in US dollars, while decrement of 2 percent in local currency.

Group said that its net revenue stood at $2,478 million, demonstrating a decrement of 2.3%.

Chairman Naguib Sawiris said in the statement that the economic environment was still challenging but the firm could meet its growth targets.

“The first half of 2009 was characterized by a weak first quarter followed by a stronger second quarter; nevertheless the economic environment in which we are operating is still challenging and we see only timid signals of economic growth returning. In this context we are satisfied that our performance to date this year is in line with our forecasts, which predict a slower growth than in the same period of 2008,” Sawiris said.

As mentioned above, Mobilink saw decreased revenues in US dollars, as well in local currency. Moreover, capex decreased by 83 percent – depicting negative trend in network expansion. 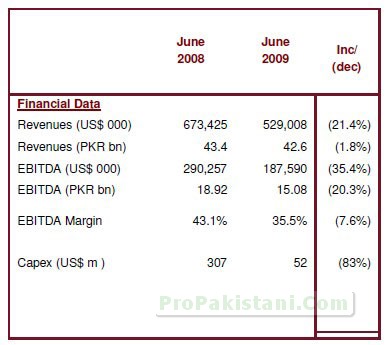 If we see below table, huge decrement in customer base helped Mobilink retain its ARPU level, which could have been lower in case of lesser churn rate which stood at 5.1 percent (for period of three months).

After significant decline in customer base (both in prepaid and postpaid), company is gaining some volume with time. Mobilink has 504,717 postpaid customers against 28,632,122 prepaid customers. 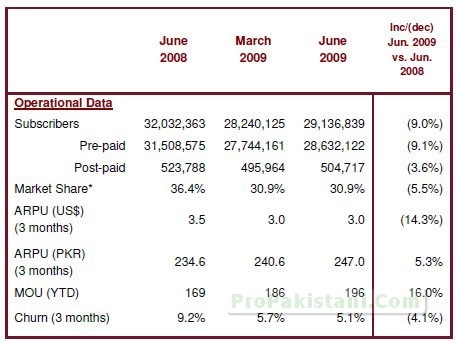 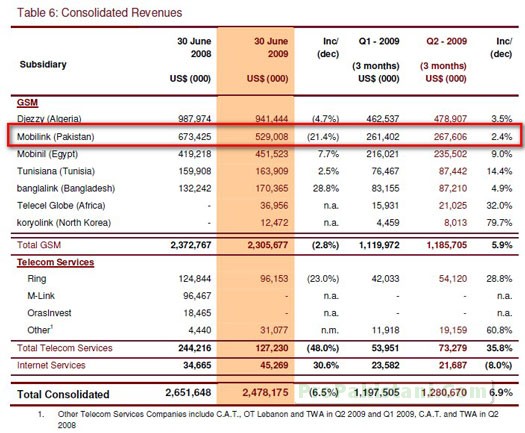 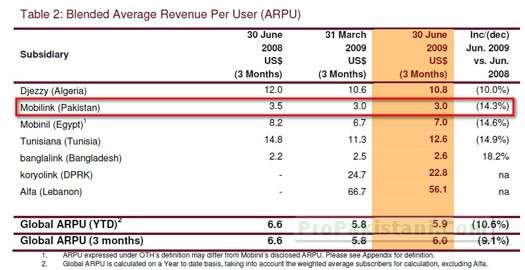