Orascom Telecom posted a net profit of $180.9 million for the quarter compared to a previously stated $69.4 million in the same period of 2008, beating the forecast.

Subscribers rose 12.1 percent year-on-year to 89 million. Revenues declined slightly to $1.29 billion for the quarter from a previously stated $1.37 billion a year ago. Operating income dipped 14 percent to $321 million in the quarter.
Earnings before interest, tax, depreciation and amortisation slipped to $578 million, 5.5 percent below a previously stated $612 million.

But the company saw a foreign exchange gain of $77.9 million in the quarter, helping boost the net figure. 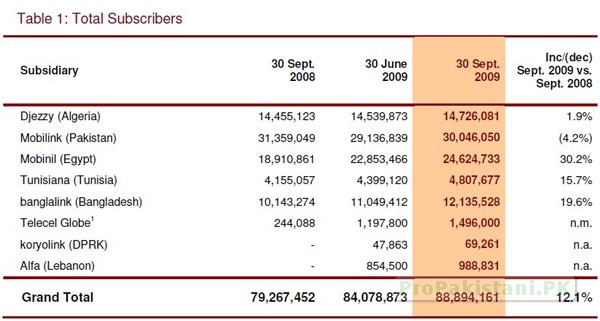 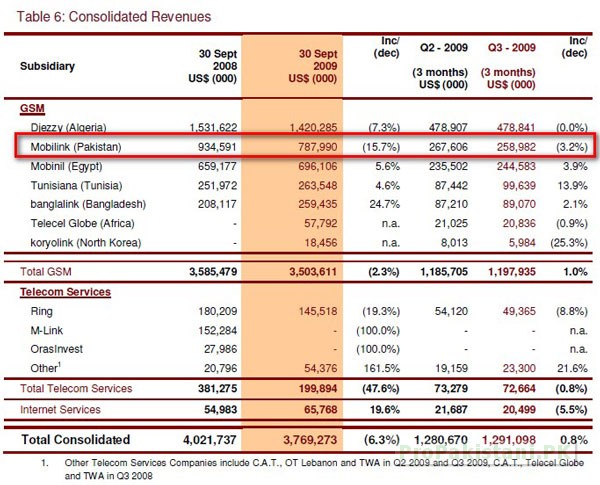 Mobilink continued its three prong approach which focused on acquiring new customers, retention of existing base and usage enhancement.

Report said that Mobilink continued its network expansion with investment of $ 128 million till end of Q3. This Capex has enhanced the network’s infrastructure, quality and coverage. Total cell sites stand at 8,025 till end of Q3.

At the end of Q3, several changes in the tax structure were implemented as approved by the government. These include reduction in the federal excise duty (FED) on mobile usage from 21% to 19.5% and reduction in new SIM activation tax from PKR 500 to PKR 250. The new taxes were applicable from 1st July, 2009.