Cellular users in the country have crossed 99 million mark at the end of June 2010. According to data released by Pakistan Telecommunication Authority, Mobilink remains the largest cellular company with 33 percent market share while Telenor remains second with Ufone and Warid to Follow.

Data revealed that 1.18 million new cellphone users were added in the month of June, an increase of 1.21 per cent on monthly basis.

Cellular teledensity in the country reached 60.4 percent mark. Graphical details about cellular subscribers during year 2010 are as following: 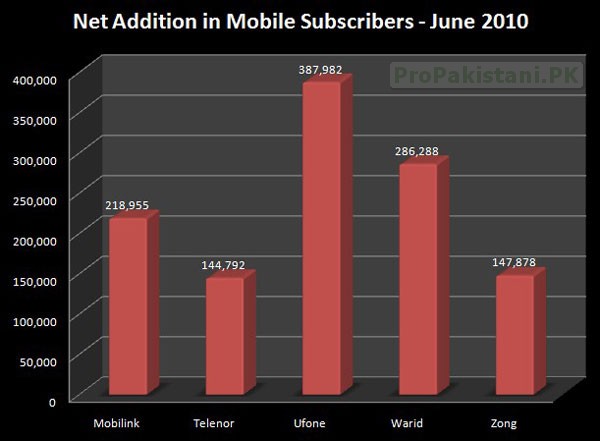 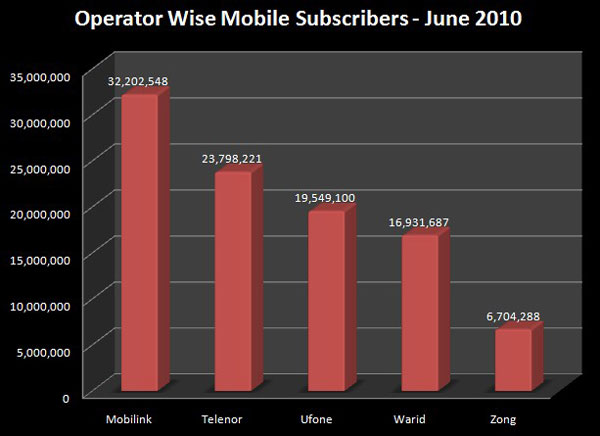 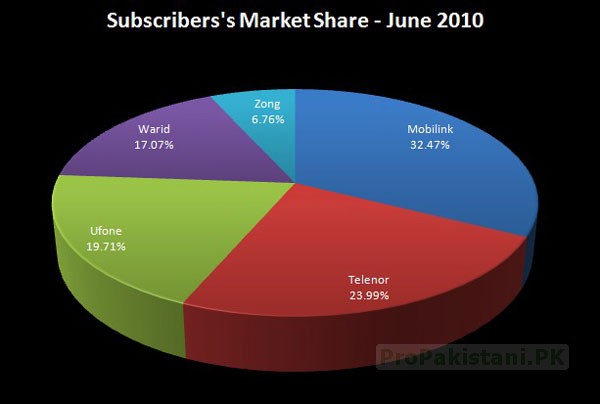 In year 2009-2010 Mobilink,Telenor and Zong showed positive growth while Ufone and Warid demoed negative growth due to cleaning of in-active subscribers.

Ufone lost some half a million while Warid had to clear around 1 million subscribers in one year. 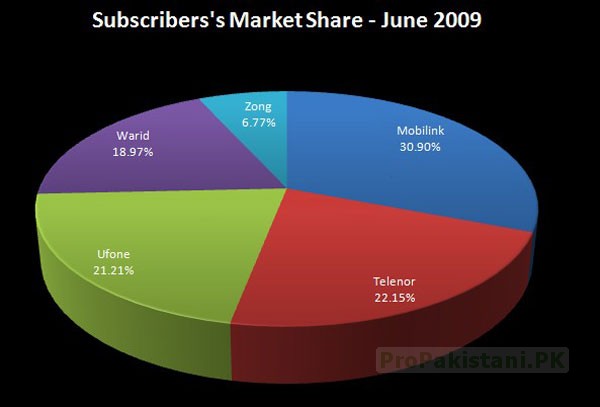 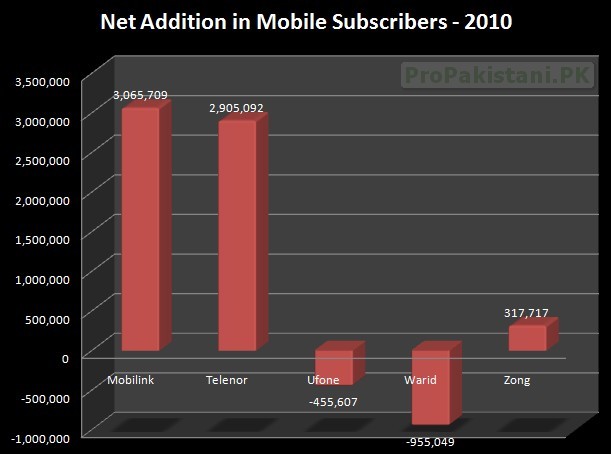