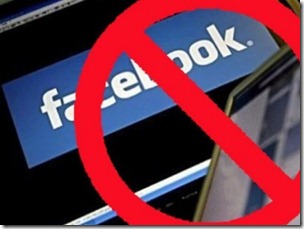 This news is not being covered by any other media outlet so far (which is strange and hence isn’t that convincing) plus we don’t have any official confirmation from ministry of information technology or from PTA as of now.

According to Pakistan Today, during hearing a petition requesting a permanent ban on Facebook for hosting competition featuring blasphemous caricatures, LHC ordered the government to make sure that Facebook is blocked in Pakistan and to submit a compliance report by October 6, 2011.

The judge, however, made it clear that no search engine including Google would be blocked, reported the paper.

It maybe recalled that Facebook got banned in Pakistan last year for hosting Draw Mohammad Day and for not removing blasphemous pages from it’s server.

This fresh petition in LHC is filed by Muhammad & Ahmad, a public interest litigation firm, through chairman Muhammad Azhar Siddique advocate praying for a permanent ban on access to Facebook for hosting a fresh blasphemous caricature drawing contest world over under a title “2nd Annual Draw Muhammad Day on May 20, 2011″.

You will not post content that: is hateful, threatening, or pornographic; incites violence; or contains nudity or graphic or gratuitous violence.

Facebook became controversial and was condemned for not removing Draw Mohammad Day page from it’s server despite it was reported (as abuse) by hundreds of thousands of Muslim users. While on other hands Facebook tends to remove any anti-Jews or Anti-Israel page in only few minutes.

We just got confirmation from PTA officials that they have not received any such order, at least as of now, for Facebook blockade.

At least three ministry of telecom and information technology officials have confirmed us that ministry hasn’t received any order from Lahore High Court regarding facebook ban.

Rabia Mehmood, a reporter for Express 24/7 claims to have spoken with Azhar Siddique – the guy who has filed the petition – and he says that LHC has ordered to ban only specific URLs/fan pages that contain blasphemous content and not the whole Facebook.

This marks another story of Pakistan Today bouncing badly.