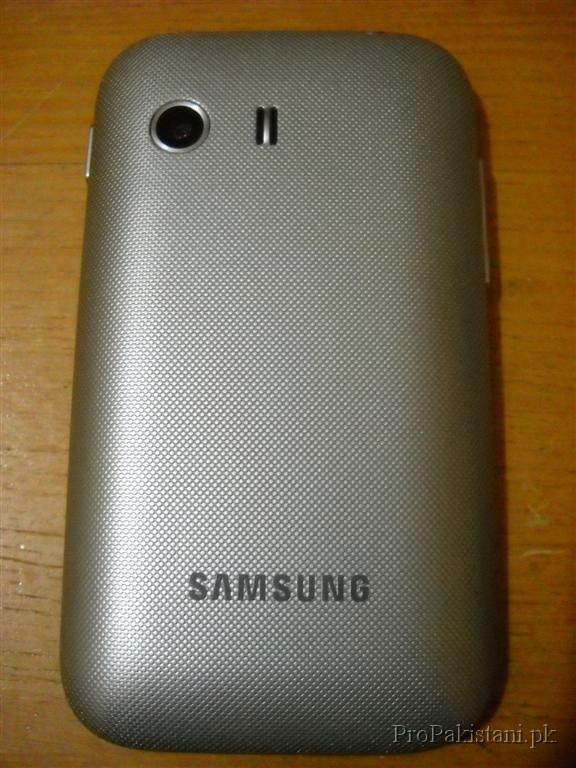 Budget Android phones have become very popular lately and Samsung Galaxy Y is the cheapest one in the market if you ignore the IDEOS handsets being offered by a couple of telecom providers.

ProPakistani got its hands on a test unit and here’s what we make of it.

Samsung Galaxy Y is a small phone and fits into the hand snugly. It has a 3.0 inch screen and as with most touch phones of this size, it’s not for you if you have big hands. The back is plastic but certainly doesn’t look so and with the chrome rim, it gives the phone an expensive look.

Samsung Galaxy Y has a candy bar design and has three buttons on the front. One is the physical home button and two are capacitive. There’s no ambient light sensor or front facing camera but a proximity sensor is provided.

The left side of the Samsung Galaxy Y has the volume rocker and the right side of the phone has the power/sleep button. The top has the 3.5mm jack and the microUSB port. 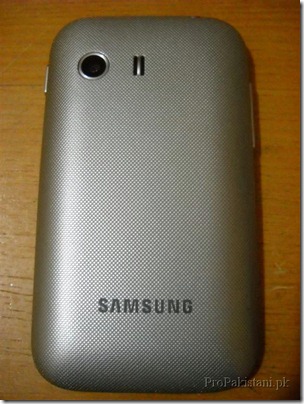 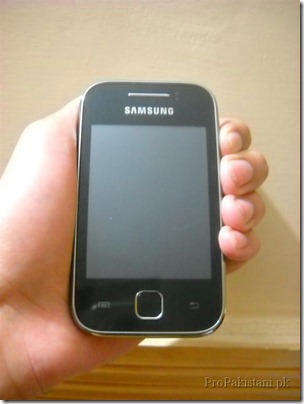 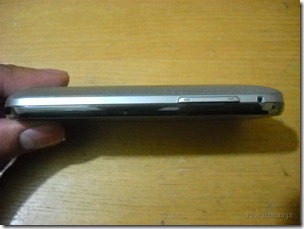 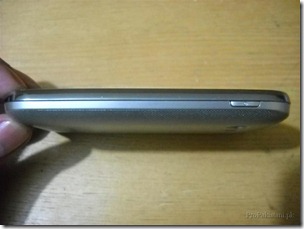 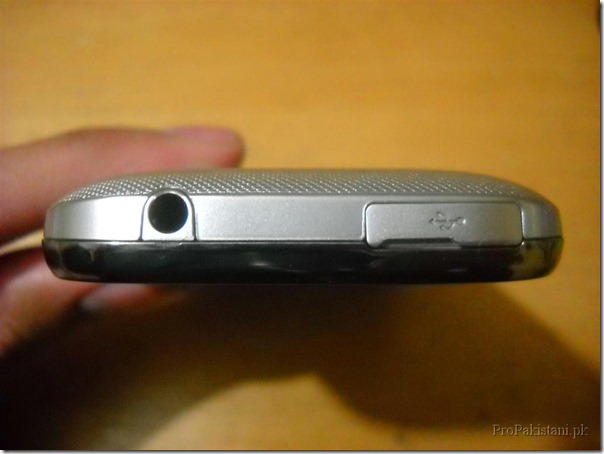 The interface of the Samsung Galaxy Y is similar to the ones on other Samsung Android handsets. It comes with TouchWiz UI on top of Android 2.3.5 (Gingerbread), which is a pleasant surprise.

You can have up to 7 home screens populated with apps etc. The bottom of the screen has four shortcuts for contacts, dialer, messages and menu.

Swipe down from the top and you get the notifications bar. Here you can quickly toggle Bluetooth, GPS among other options and it shows other information about active connections, downloads and missed events amongst other things as well.

Apps in the menu can be accessed by swiping horizontally. A prolonged press of the physical button brings up recent apps and the task manager where you can kill applications and see usage of the 290MB of the available RAM.

We want to add that the text looks a bit fuzzy and its not as pretty as one would want it to be but all Android functionality is present and at this price, we can’t really complain. 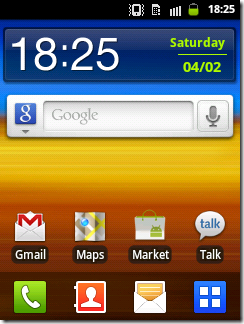 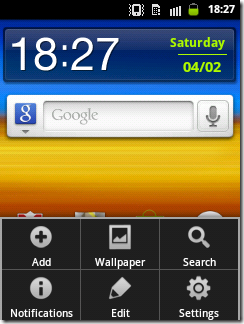 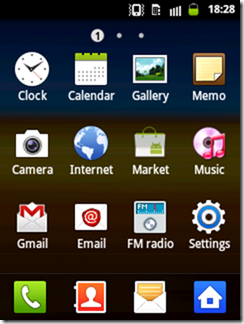 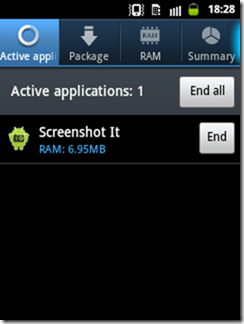 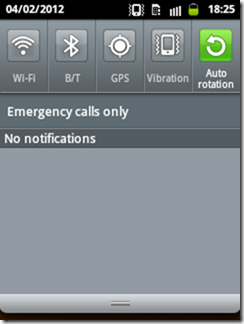 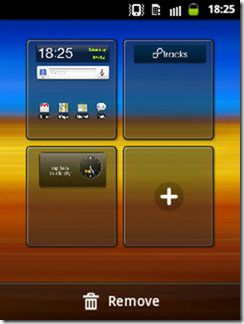 The 832 MHz processor is good enough for general usage, apps and web browsing. We didn’t experience any glitches in the graphics but the resolution, 320×240, is a bit low and there were quite a few apps and games that didn’t perform well and some even refused to work at all.

The phonebook leaves nothing to be desired. It has every functionality one could think of and its loaded with TouchWiz which provides some really handy shortcuts.

Texting on a 3.0 screen was always going to be a chore. It has the usual portrait virtual keyboard and it switches it to its landscape version when tilted to the side. Things get a little cramped but with a little practice one could get used to it.

The window in which you see what you have typed is too small for our comfort. What I love about texting in the Galaxy Y however, is Swype. When activated, you don’t have to lift your finger and you can just drag your finger over the keyboard to form a word.

Accuracy is high and we were very pleased with it. There is an option for voice input too but while it’s accurate enough it takes too much time. Other input options include handwriting recognition. Texts are shown in the popular threaded view which is good. Adding multimedia content will automatically turn the text into a MMS. 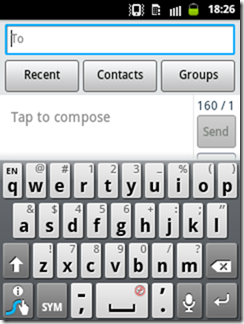 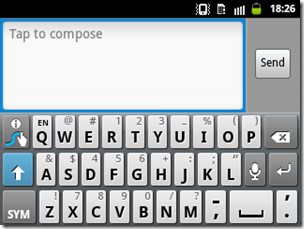 Samsung Galaxy Y has a 2.0 megapixel camera and quality is adequate. Flash is absent and the maximum resolution it can capture is 1600×1200. The provided features and user interface are both good. Some features include smile detection and panorama mode among others. The camcorder mode can capture video in QVGA format at 15 frames per second. 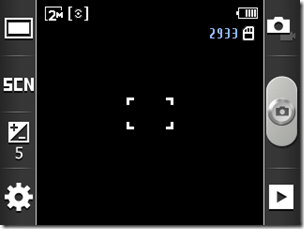 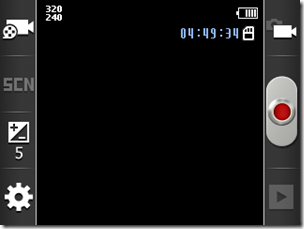 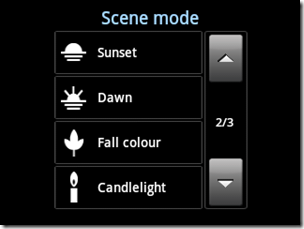 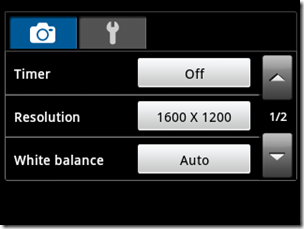 The video player is basic and doesn’t run DivX or Xvid videos. MP4, WMV and H.264 formats are supported and run pretty well. The gallery provides some nice transition effects and 3D views.

The music player on Samsung Galaxy Y is feature rich and Samsung has thrown in TouchWiz UI in it too. Navigation is easy and plenty of features are provided to organize music as you want. An equalizer is provided as well and the audio quality is good. The loudspeaker volume is little bit on the low side but only slightly. FM is also present for those fond of radio.

In the connectivity department, Galaxy Y has Wi-fi, Bluetooth and a microUSB port. You can also use the phone as a mobile Wi-fi hotspot.

It has the usual set of apps like Youtube, Gmail and Google maps. QuickOffice is included for viewing documents. The Android market works well. We would like to point out that in some games and apps which were overcrowded with buttons, the touch on the phone lagged and even became unresponsive in some cases. 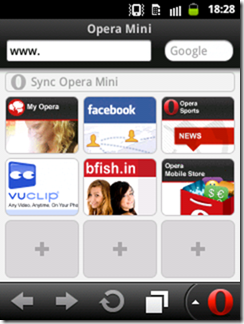 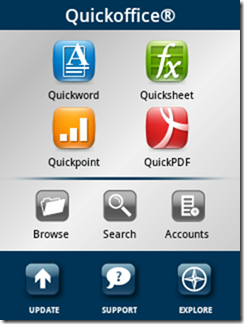 The Galaxy Y is available for Rs. 14,000 from most mobile retailers. We were impressed with the feature set of the phone but we were disappointed with the low resolution of 320×240 as well as the 2MP camera. But it runs Android and tradeoffs are always there so we can’t really complain.

There isn’t a lot of choice if you want to look for an Android phone in the sub 15k range so that tips the scale in Galaxy Y’s favor. For someone with a feature phone and thinking of going for a smartphone it would be quite ideal and is strongly recommended.