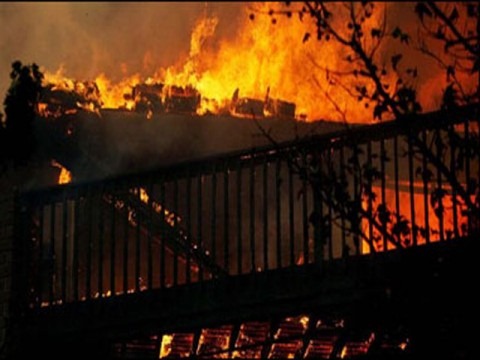 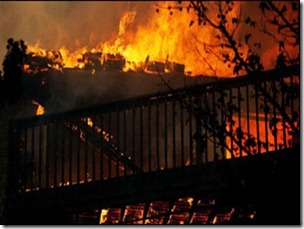 New Auriga Complex on the Main Boulevard in Lahore caught heavy fire Friday night at around 7:00 PM, which houses the head office of Wateen Telecom, resulting into fatal destruction of the head office infrastructure, call center, network hub and the building.

Tragedy caused an estimated loss of Rs. 2 billion to the company.

TV Reports said that as many as 10 fire brigade vehicles were engaged to fight the fire that were unable to fully control it till late night.

Initial reports are suggesting that fire erupted due to short-circuit of a generator, but company said that the cause of the fire remains to be ascertained, and investigations are pending as to where and how it started.

Wateen said that there were 100 employees at the office when fire broke out. Reportedly, company staff immediately contacted the fire department and Rescue Services, and while waiting valiantly attempted to put out the fire. However, despite their best efforts the fire spread quickly to engulf the third and fourth floors of the building.

Company employees were evacuated quickly and the utmost efforts were made to also help evacuate other tenants of the building.

Mr. Naeem Zamindar, Wateen CEO, as well as other members of the management rushed to the scene to ensure that all employees were safe. Speaking with members of the media, Mr Zamindar said, “Our first and foremost concern was to ensure that everyone present in the building was safe and accounted for. This not only included Wateen employees, but also other tenants in the building. We are thankful that there was no loss of life and that everyone was safely evacuated.”

“Wateen Telecom has in place several network redundancies that automatically kick-in in the event of an emergency. Moreover, the company has alternate arrangements for the customer care helpline. Our data and enterprise customers will not be materially affected as our data warehousing and networking facilities are located elsewhere. We are therefore confident that our customers will not suffer loss of quality and that our services will continue as normal.”

Mr. Zamindar added that other telecom operators have rallied to the telecom giant’s support, providing infrastructure and office support to ensure that business goes on as usual. Abu Dhabi Group has assured that all the required support will be made available including leveraging existing infrastructure facilities of the Group companies.