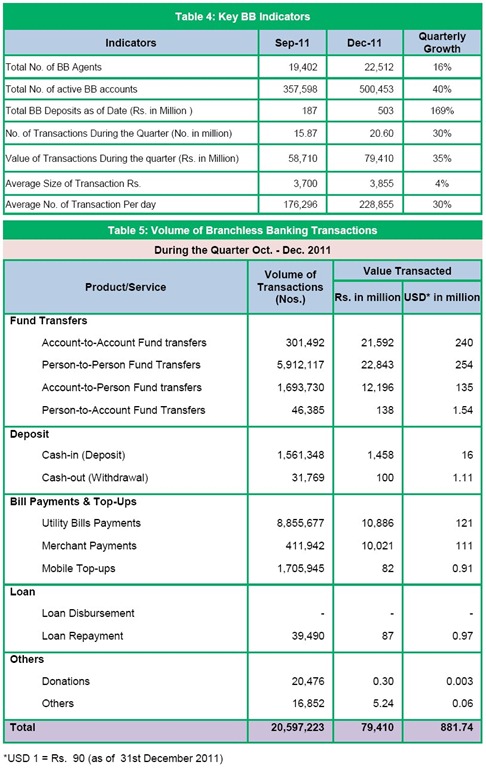 Branchless banking in Pakistan witnessed another quarter (Sep-Dec 2011) with impressive growth on all fronts, the most prominent being the remark-able growth in number of Branchless Banking (BB) accounts and transactions.

Official stats issued by State Bank of Pakistan said that by the end of December 2011, more than 929,000 customers have been registered as m-wallet users.

Moreover, another 3,110 agents joined the fast growing network of branchless banking raising the total number of agents to 22,512 out of which 92% are active. The agents’ network now covers the entire length and breadth of the country having foot print in 86% of the total districts. However, the network has a high concentration of 43% in 10 districts.

Total number of transactions processed during the quarter was 20.6 million, valuing Rs. 79.4 billion. Bills payment & top-up remained the dominating activity with 53% share in total numbers, followed by fund transfer and deposits with share of 39% and 8% respectively. However, in value terms fund transfers have dominated with 71% share, followed by bill payments with 26% share.

Check below figures and tables for more statistical view of branchless banking during September – December 2011. 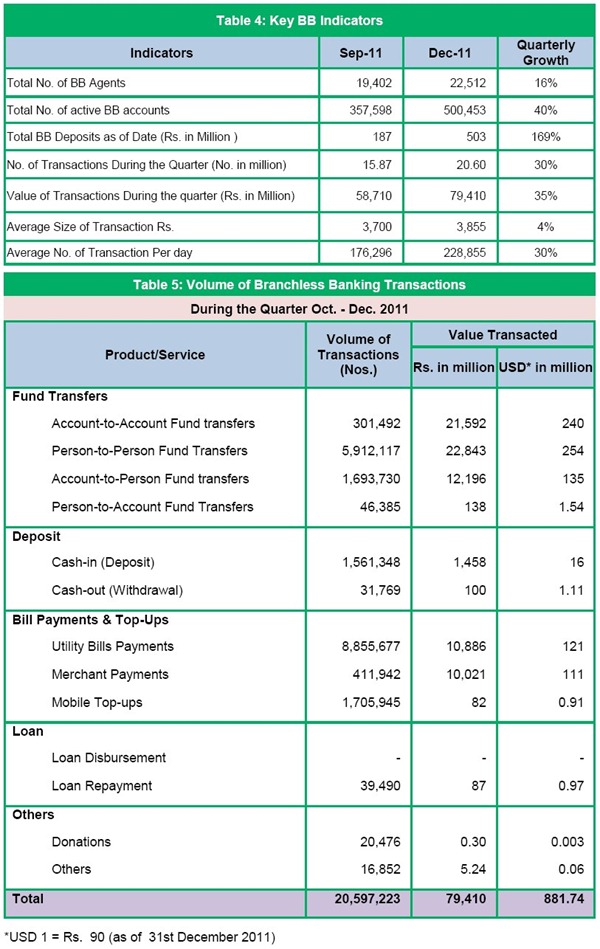