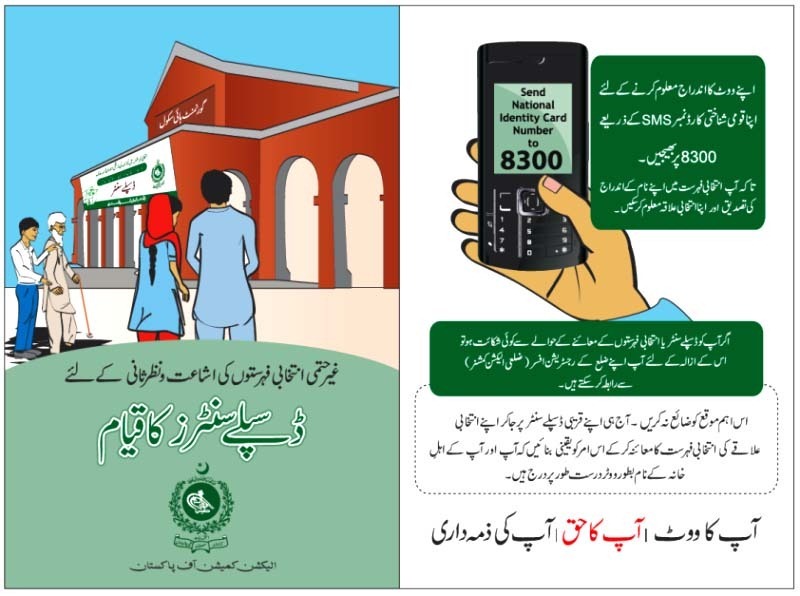 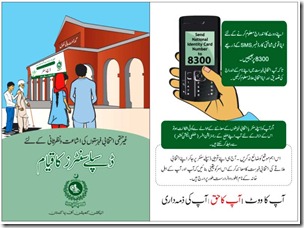 Check and Find Out Your Polling Station Details Through 8300

National Database and Registration Authority (NADRA) has announced that it will include name of polling station in service reply (as SMS) specifically launched for verification of vote status.

Though it didn’t clarify on when the information about polling status in verification SMS will be included.

Election Commission of Pakistan (ECP) in collaboration with NADRA and mobile phone operators had launched the world’s biggest SMS service for 83.2 million Pakistani voters, besides displaying new electoral rolls across the country.

Name of polling station would also be included in SMS reply in future, so that a voter can have the knowledge where he/she would cast vote.

Critiques are opining that NADRA and ECP should have included this (polling station) information at the launch of the service, as customers will have to repay for vote verification SMS service to know about their polling station.

How to Check your Vote Status?

You will soon receive a reply with following information:

Note: Reply message is likely to have words in Urdu (unicode). You may not be able to read the text message if your phone doesn’t support unicode.

Election Commission said that it has purposefully not included the voters’ name and home address to avoid any privacy violations. Still, according to some, inclusion of polling station information can pose risk on privacy of individuals.

Service has been used by more than 6 million subscribers in Pakistan, since its launch last month. Those with any objections in voters’ status can contact 50,000 display centers, specifically established for corrections.