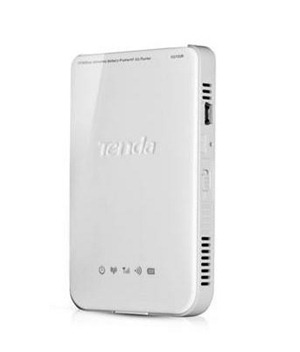 PTCL today announced the availability of WiFi enabled Tenda routers that are compatible with its EVO and Nitro devices.

It supports power over USB, so you can plug in any PTCL EVO/Nitro USB and create an instant hotspot for sharing Evo 3G Wireless Broadband internet virtually anywhere.

Here is the web page for said Tenda router on its official website: http://www.tenda.cn

It merits mentioning here that PTCL previously introduced Evo Wi-Fi cloud that had similar capabilities – in fact it had built-in EVO device.

Unlike Evo Wi-Fi cloud, Tenda routers will not offer built-in EVO support, instead users will have to connect EVO or Nitro devices with router to start using internet through WiFi environment.

Tenda WiFi Routers that were already available in open Market, will be sold by PTCL for Rs. 4,000.