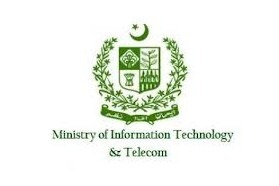 After years, in fact after four and half years since the current government took charge, the authorities have finally and suddenly realized that Ministry of Information Technology is running on shoulders of acting heads, i.e. without any regular and permanent appointments.

This was observed yesterday in a parliamentary committee meeting when it was realized that IT Ministry isn’t performing at all as majority of heads in IT ministry are acting or interim in nature, with no IT Minister for a long time.

Almost same is the situation for various heads of departments at Ministry of IT and other IT Ministry departments, as they are controlled by acting heads only.

Chairman of the parliamentary committee, Mr. Barjees Tahir noted that everyone in these departments is on acting basis so how it is possible that department would run smoothly without any problem.

Barjees Tahir said that it is very unfortunate that IT sector is contributing at large in the national economy but government is ignoring this key sector.

It merits mentioning here that Ministry of Information Technology is functioning even without a Minister since the government took charge. There were few appointments made for the headship of Ministry but they didn’t last long.

Prime Minister remains the head of Ministry during the absence of a regular minister who is usually so busy in other (government, political and legal) affairs that IT Ministry is never given the due importance and time – unless there is a issue which can bring them money, such as 3G.

It merits mentioning here that current government has miserably failed in achieving anything in Information Technology domain or let me say they have done nothing for IT industry.

Just for the records, there is no cyber law in Pakistan, Mobile Cellular Policy, broadband policy and various other Telecom policies have expired for long. There is no policy for money laundering here which is why PayPal isn’t coming to Pakistan. There is no e-payment gateway in the country and countless other things which could enable IT industry to achieve lot better than what it has done now.