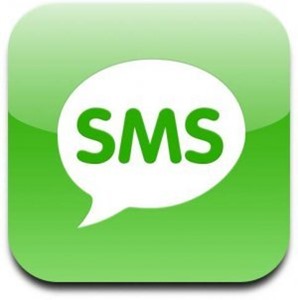 Many may find it surprising, but the Short Message Service (SMS) has been around for 15 years now. It has revolutionized the way inhabitants of Earth communicate.

Advertisement campaigns of bloggers, mobile phone operators, religious motivators, and now even the “Alerts” are put across via SMS. But researchers say, this convenient medium of communication will soon give bay to a new era of text communication which involves almost no cost at all. A good $1, data connection and you’ll be good to go.

A research published by ABI Research in 2011 showed there were slightly more than 7 trillion SMS sent that year. The trend replicates in Pakistan too and 176 billion text messages were exchanged by Pakistanis in 2010.

Experts at Strategy Analytics predict, 2012 is the year when expenditure on SMS from consumer end will start to decline. Further, they go on to show that the combination and easy access of simple text messaging applications coupled with the intense competition between operators in major markets will push a fall of 12% in global consumer spending on SMS over the next few years.

It’s a no-brainer to use the modern texting applications. With BlackBerry Messenger BBM pioneering the road, the likes of Kik, WhatsApp, Viber came along. In October last year, WhatsApp announced that it has crossed over 1 billion messages a day. Similary, Twitter issued in June 2011, there are 200 million messages posted in its system every day. With mobile versions of Facebook Messenger, Skype and Twitter easing through, it’s pretty much obvious which way the data world is shaping up.

Only thing that may save SMS for quite some time is fragmentation. SMS, as we know it, work on every mobile phone. Text messaging applications, however, are handset specific. You don’t need an inspector’s eye while investigating around that all major app developers are focusing to overcome handset-specific barrier and make their app as universal as possible.

One example is the recent “Check-in” by NASA’s Martian rover named Curiosity. Here’s a snapshot from NASA’s website.

On a serious note, take Foursquare for example. The application gets as glamorous as you want it to be depending on your mobile phone. Same is the case with Twitter and Facebook.

This all has to come a long way still. SMS is the king in markets where it’s cheaper. Ours is the prime example. But for North America and, specially, Western Europe, use of SMS to do point-to-point communication has taken a dip. Argument is not whether or not it is a good thing; presentation is about how the world of wireless data communication is now shaping up. It crossed the bounds of literacy, wealth and fanciness way back.